It's still mysterious and spooky, but now it's in color. 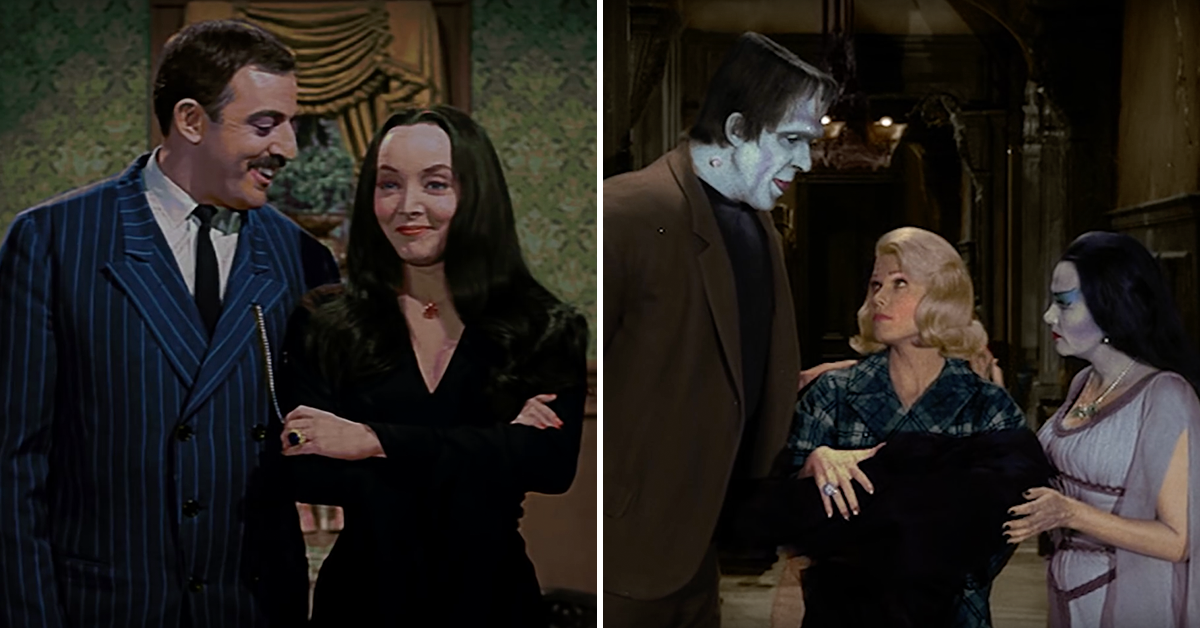 They're creepy and they're kooky, mysterious and spooky, and up until now, they've only been seen in black-and-white. The Munsters and The Addams Family were two of the most sinister sitcoms of the 1960s, and now clips from both shows have been colorized thanks to artist Zachary B. Smothers.

The self-described fanatic of The Munsters was already colorizing vintage black-and-white photographs, but decided to make the leap to moving images after seeing another rendition of The Addams Family opening credits.

Smothers knows what some of you are thinking: Don't mess with a good thing. Colorized versions of classic television shows have caused controversy among purists for changing the way the program was originally intended to be viewed.

However, Smothers thinks that argument doesn't apply to The Munsters because he believes the director couldn't produce the show in color because it was too expensive.

I don't believe the director chose black and white for his vision... In a 2002 interview, makeup creator Karl Silvera explained 'It was $10,000 more to do [the show] in color and neither CBS or Universal were willing to pick up that extra $10,000 per segment.' It is clear [the reason] was strictly budgetary.

In order to create the flawless colored rendition of The Munsters, Smothers had to come up with his own process. He broke down each clip into "scenes," and from there he colored each frame.

Along the way, Smothers said he had to take some creative liberties because certain colors didn't register with the black-and-white palette. He made the text green instead of the minty blue seen in the pilot episode, and chose to make Marilyn's dress yellow instead of white.

After a few months of colorizing scenes from The Munsters, Smothers turned his attention to The Addams Family. For those interested in seeing more colorized clips, you can follow his YouTube page, Pop Colorture. We can't wait to see what he does next!

1,300 individual images colorized by hand, frame by frame. For inquiries and commissions, please use the contact form at http://pop-colorture.com

Gomez and Morticia settle in for a relaxing evening. For inquiries and commissions, please use the contact form at http://pop-colorture.com