Ronald McDonald was not the only employee dressed like a clown. 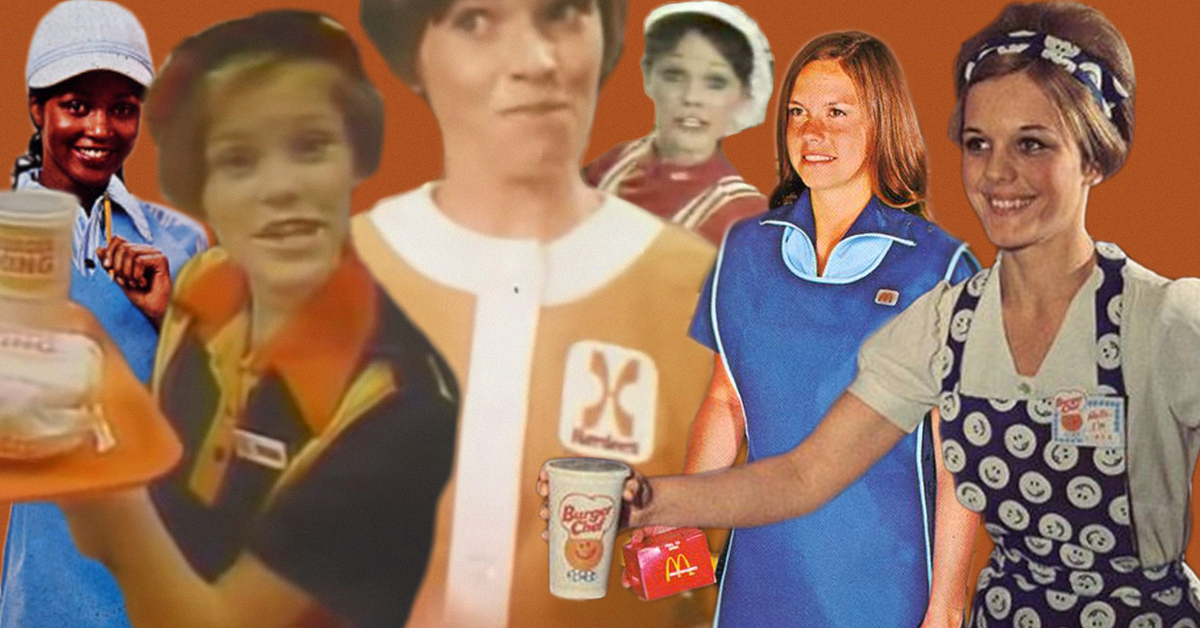 Slinging burgers is not an enviable job. The pay is typically minimum wage and your clothes end up reeking of french fries. Still, many of us worked in the fast food industry at some point in our life. There are positives, like learning how to deal with customers and business heirarchy. That being said, those smells that would never wash out of your uniform….

Speaking of the uniforms, it could feel rather ridiculous slipping into those polyester get-ups.

In the 1970s, the typical fast food employee look was part court jester, part flight attendant. The color palette was deeply Seventies — browns, oranges, yellows — the same as wood panelling and shag carpeting. And, oh, were there stripes.

The Ketchup and Mustard Look 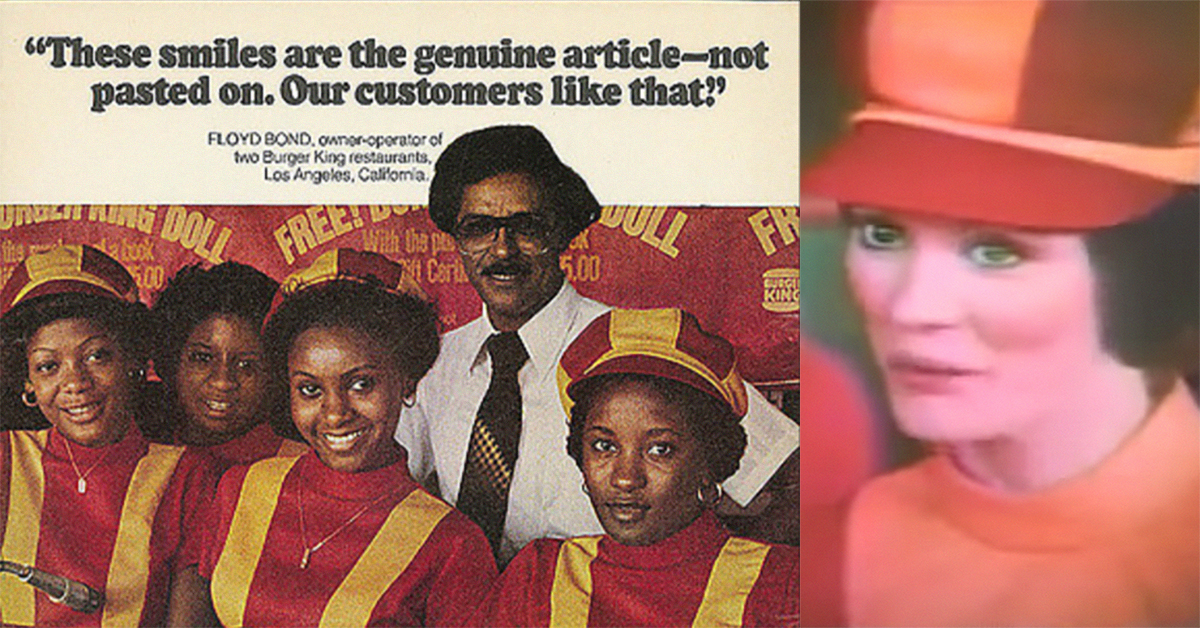 In the early 1970s, BK workers somewhat resemble the Jackson 5. Even the TV commercials depicted the staff as some kind of choreographed R&B group.

The Sunset and Chocolate Look 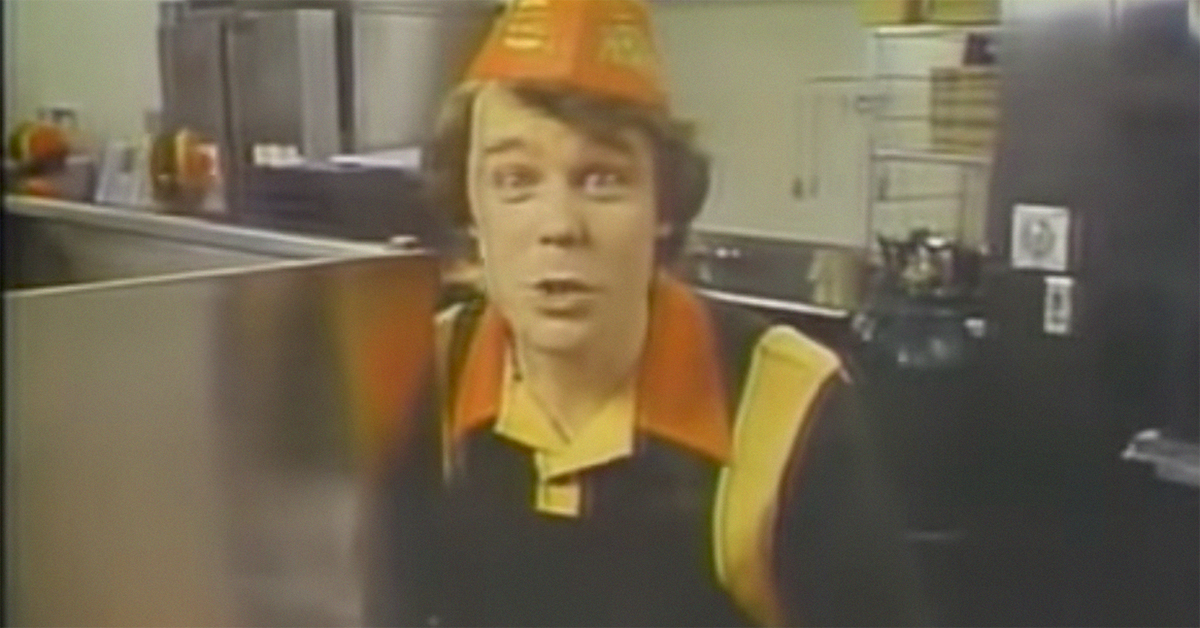 Circa 1978, Burger King workers were looking more like cooked beef than condiments. 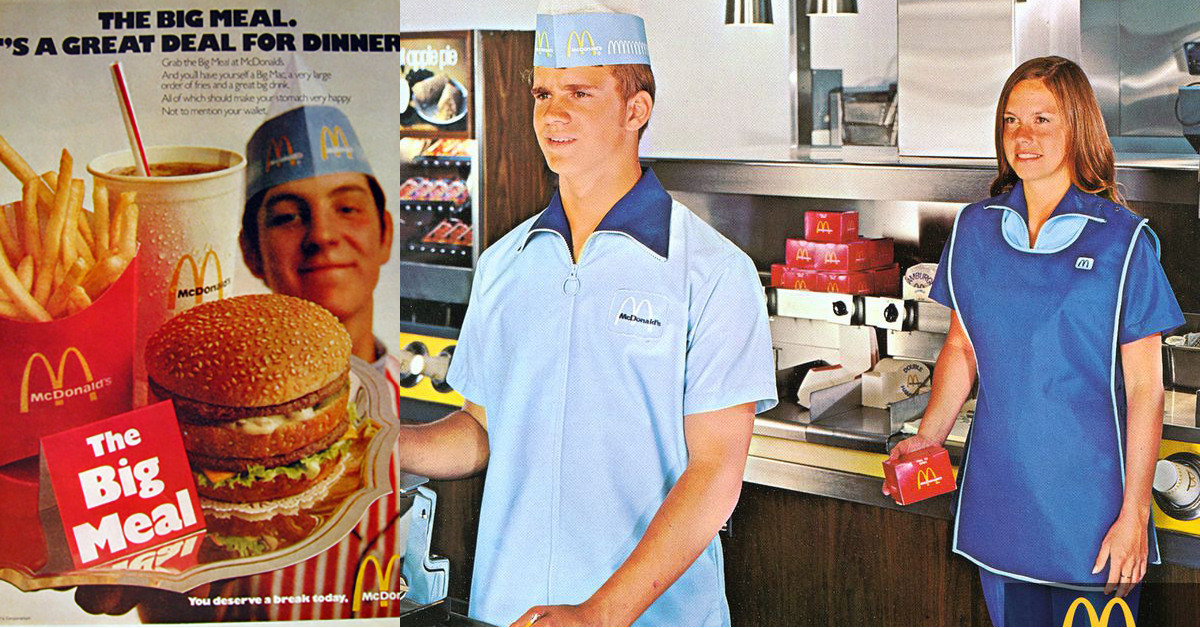 Perhaps its the stiff posing, or maybe its the smock, but the employees on the right had an eerie drone vibe about them. The throwback paper caps were a remnant of the earliest McD's uniform. 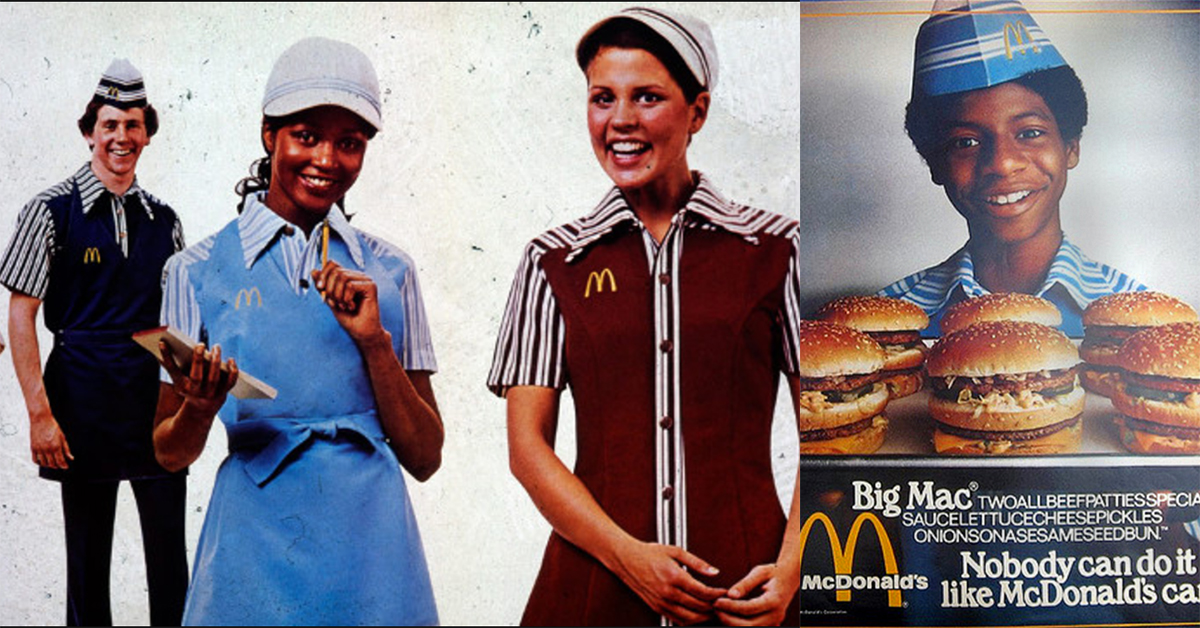 Baby blue and burgundy became the standard colors in the late 1970s.

The color scheme carried over into the 1980s, which you can see in this amazing "Clean It" training video featuring a Michael Jackson impersonator. A different decade, but we had to share this.

Ring Around the Collar 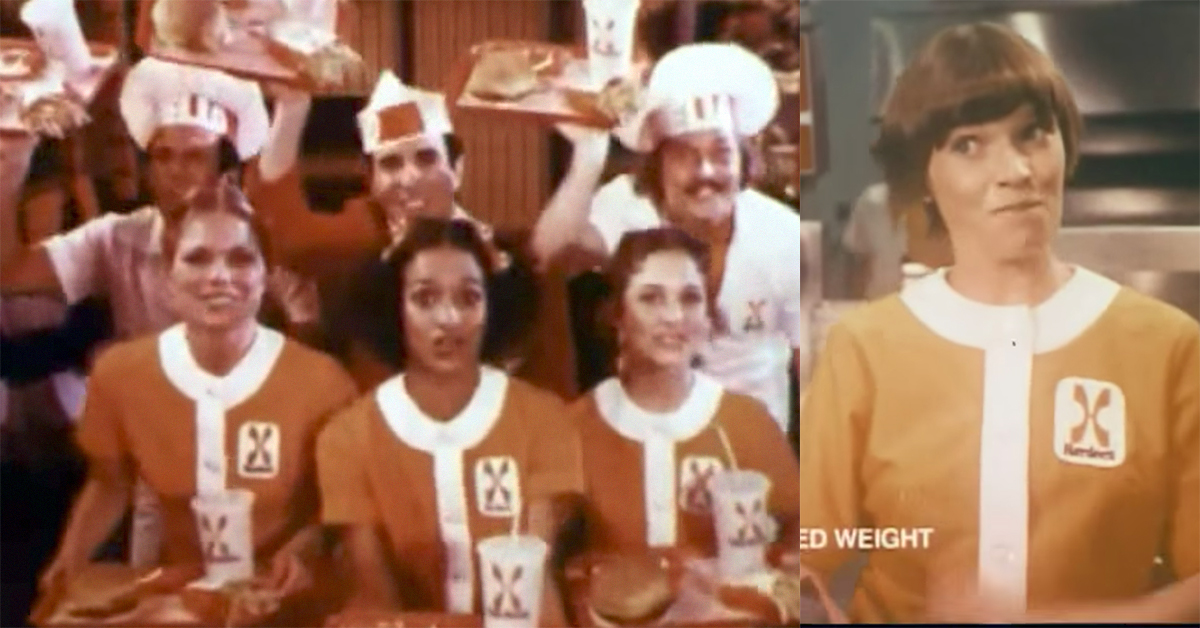 Hardee's went with something closer to a baseball uniform, with a thick, white "headspoon" trim on creamsicle orange. There was something sci-fi about these, which is perhaps not ideal serving meat. 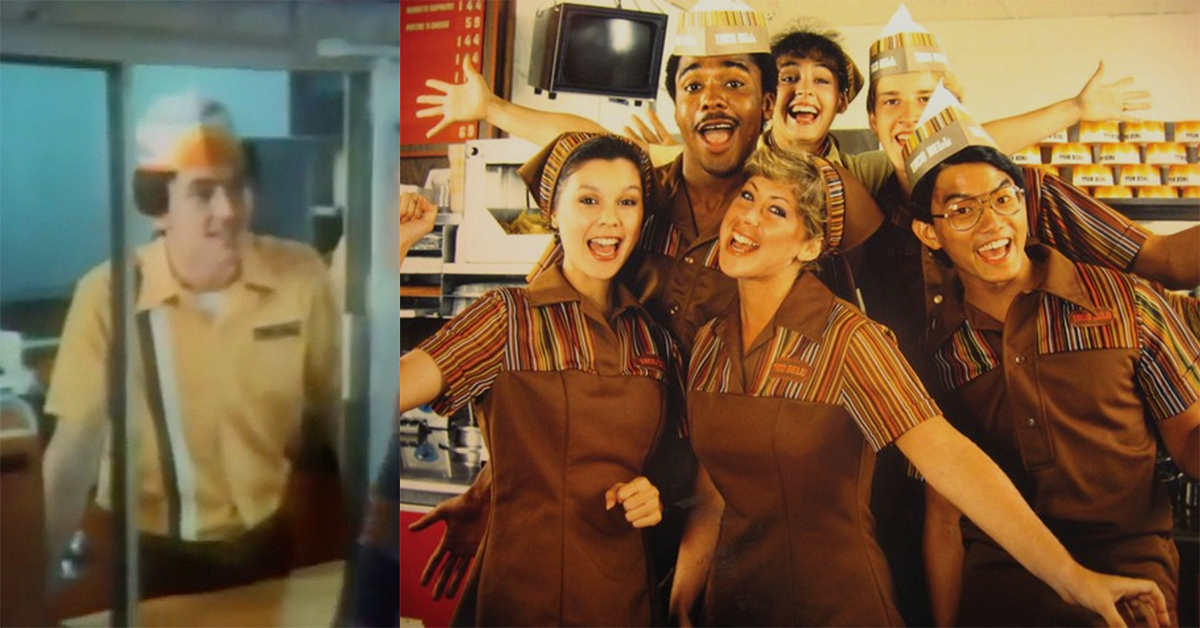 The Bell went with a more overt desert sunset motif. Yes, indeed, that is Patrick Duffy of Dallas fame in the commercial on the left. 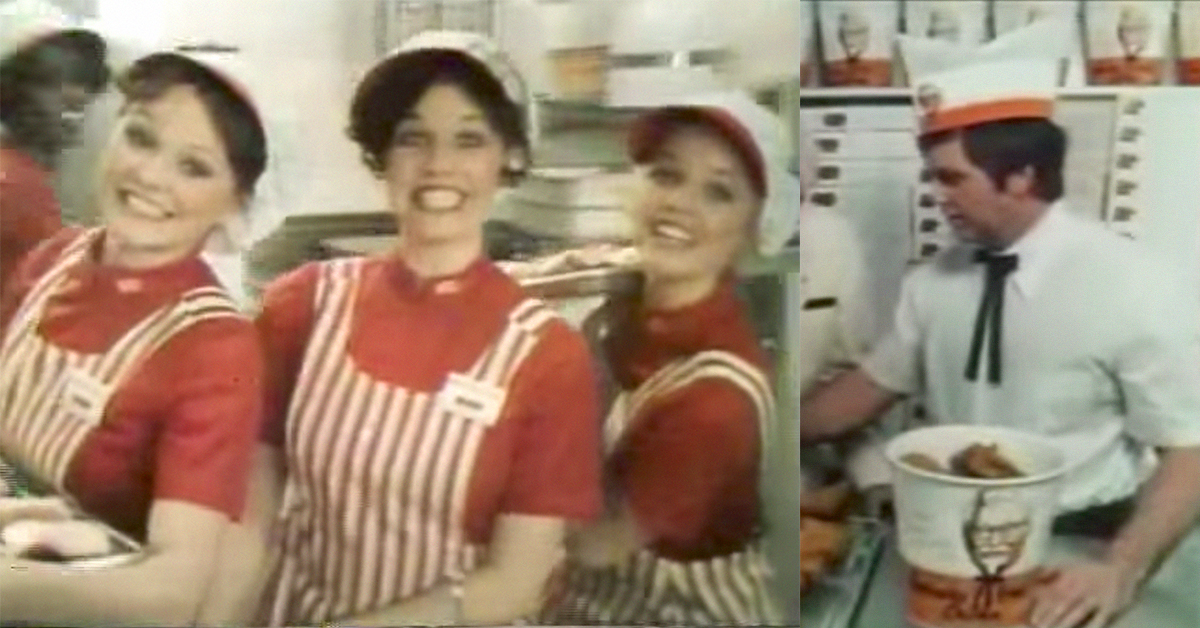 KFC workers mirrored the Colonel himself, with men sporting his trademark black string tie, and the restaurant's buckets, with women in red-and-white stripes. 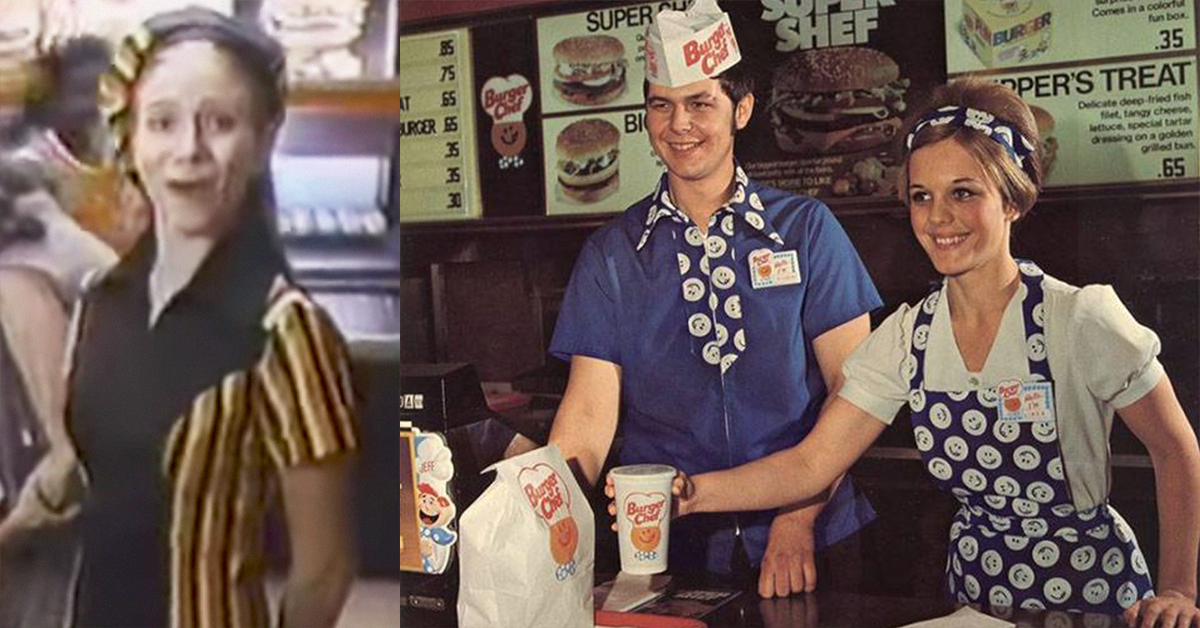 See? Emojis go way back, kids. The bygone chain featured a smiley face pattern before shirting to a standard Seventies brown-orange-yellow stripe look. Everyone wanted to dress like the San Diego Padres, it seems. Oh, and that is Eve Plumb, a.k.a. Jan from The Brady Bunch, in the 1977 ad on the left.

So, which outfit would you be most willing to wear?

JDnHuntsvilleAL 32 months ago
Maybe it's because I'm sort of from the '70s, too, but I don't see anything wrong with these uniforms.
Like Reply Delete

JDnHuntsvilleAL JDnHuntsvilleAL 15 months ago
Same here -- just keep in mind these articles are written by Millennials, and well, you know ...
Like Reply Delete

RussCrossley 44 months ago
I worked at Denny's in the 70's and the uniforms were pretty funky as were the interiors of the restaurants back then. I couldn't find a photo of one but someone out there may have one.
Like (1) Reply Delete