A Topps trading card artist made awesome art inspired by 'The Twilight Zone,' 'Svengoolie' and 'Batman'

We would eat at Egghead's restaurant. 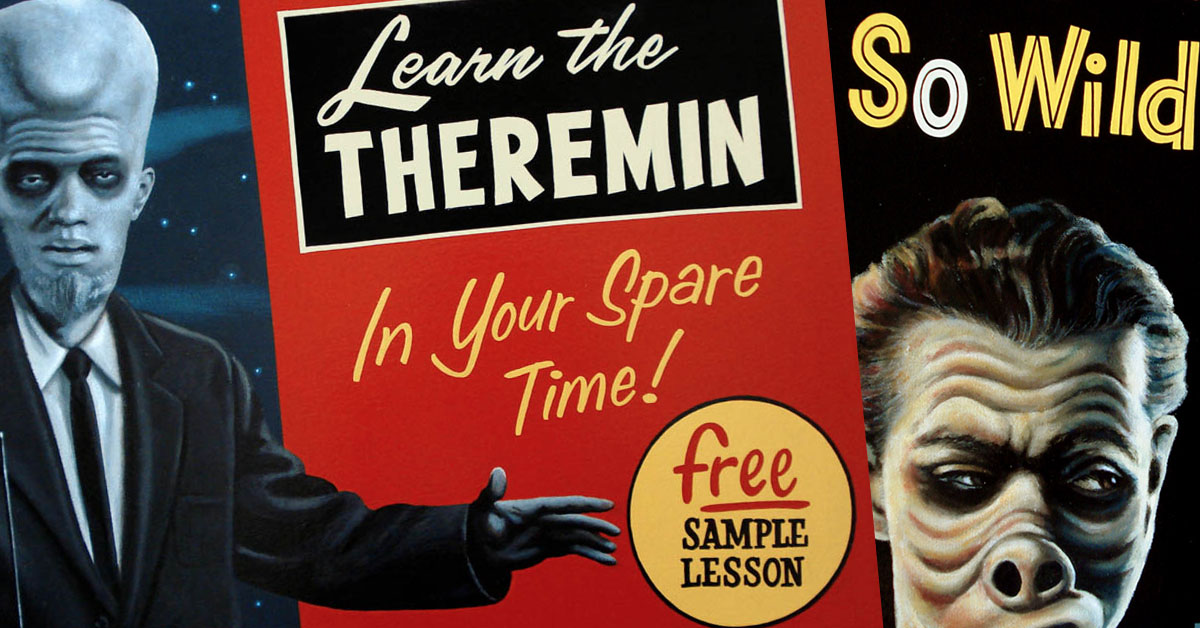 Editor's note: Fifty years ago, the Topps trading card company launched its line of Wacky Packages. For half a century, the humorous paintings have parodied commericial advertising and products. Perhaps you collected them, or the Garbage Pail Kids that followed. Recently, one of the talented artists from Topps reached out to us to share some original artwork he created, inspired by shows on our network. We loved them so much, we wanted to share. With that, we turn it over to the talented Sam Gambino…

My name is Sam Gambino. I'm an artist who grew up in the 1970s outside of Detroit, Michigan. I paint Wacky Packages for Topps, Inc. and have worked on their Star Wars and Mars Attacks series as well. As a fan of monsters and MeTV, I had to create my own version of a Svengoolie Wacky Package, calling it Sweet Sven's Rubber Chicken Broth. It's a parody of Sweet Sue Chicken Broth, and Sven himself even showed it on his show a few months back.

My subject matter includes vintage television characters and monsters, tikis, shrunken heads, B-Movies and hot rods, too. However, I like to twist concepts into a humorous direction whenever possible. I'd rather my art make someone laugh than to shock them. After all, who can't use a little laughter?

You can check out my artwork, buy prints and commission original artwork at SamGambino.com. Thanks for looking! 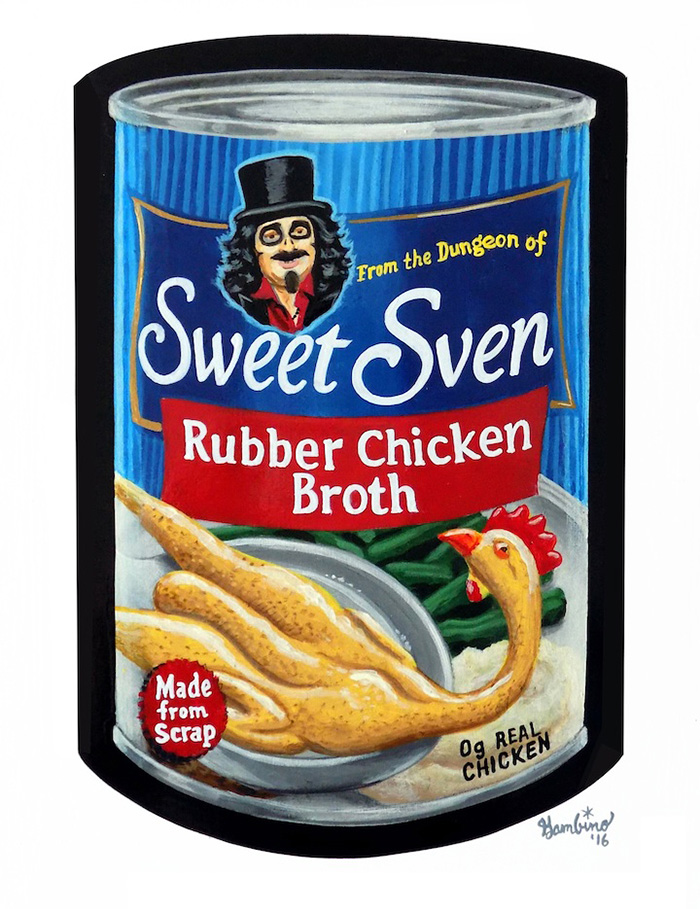 Batman villain Egghead gets into the restaurant game. 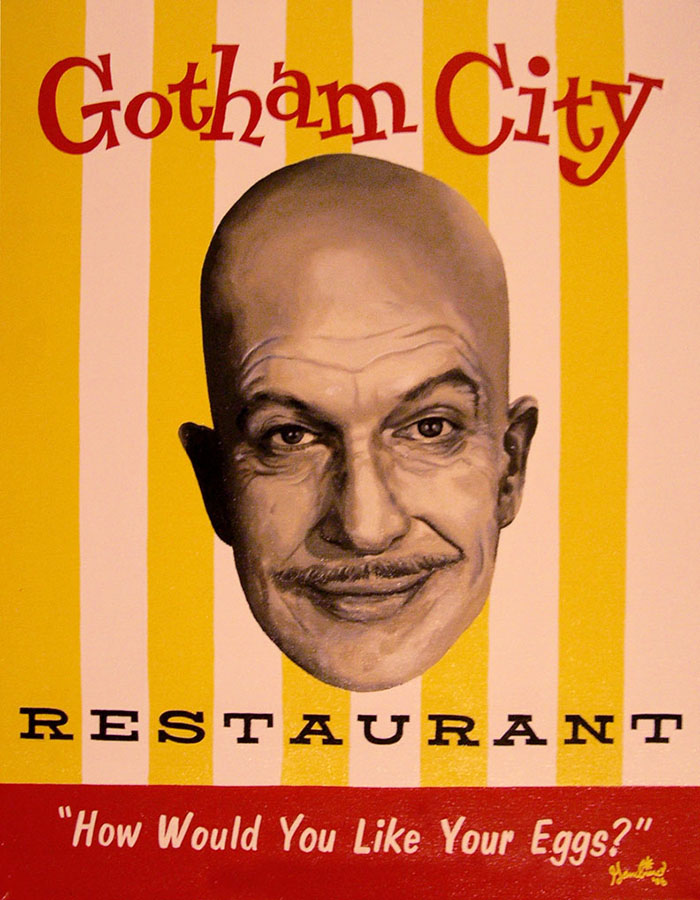 The alien from The Twilight Zone's "To Serve Man" is a musician and a chef. 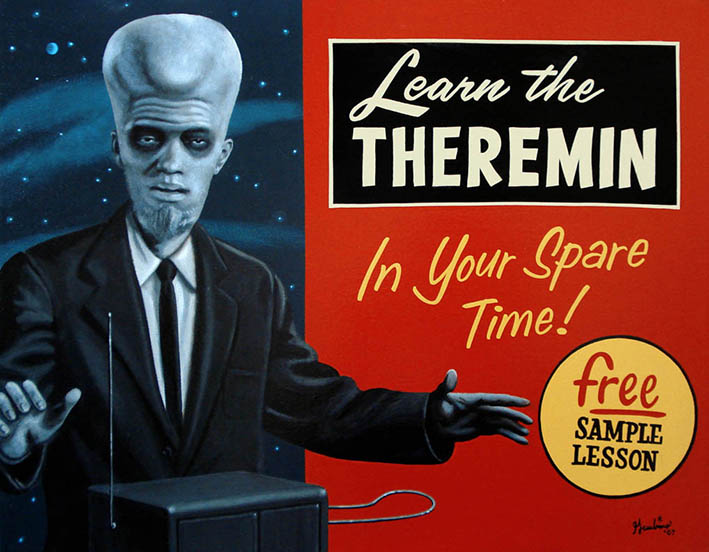 Who could forget this face from The Twilight Zone's "Eye of the Beholder"? 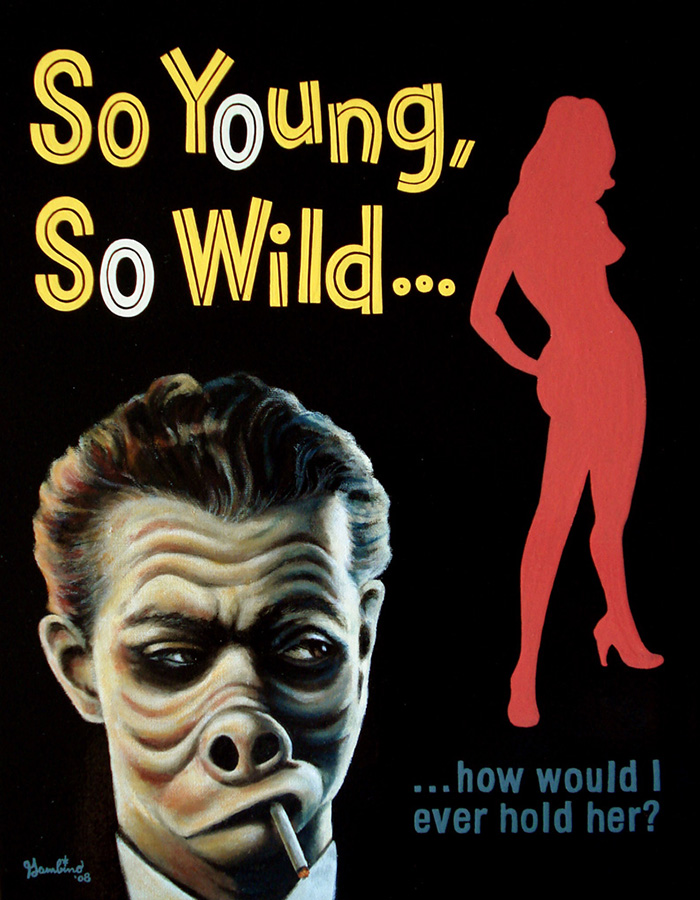 This alien from The Twilight Zone's "Hocus-Pocus and Frisby" would fit in with Maynard G. Krebs. 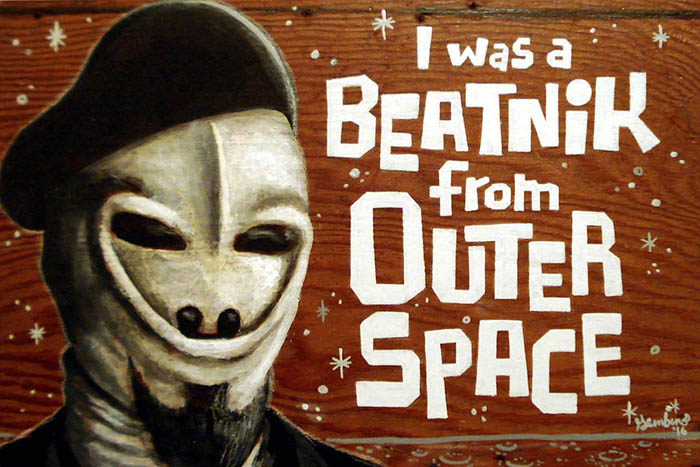 Try not to look at this visage from The Twilight Zone's "Nightmare at 20,000 Feet" before flying. 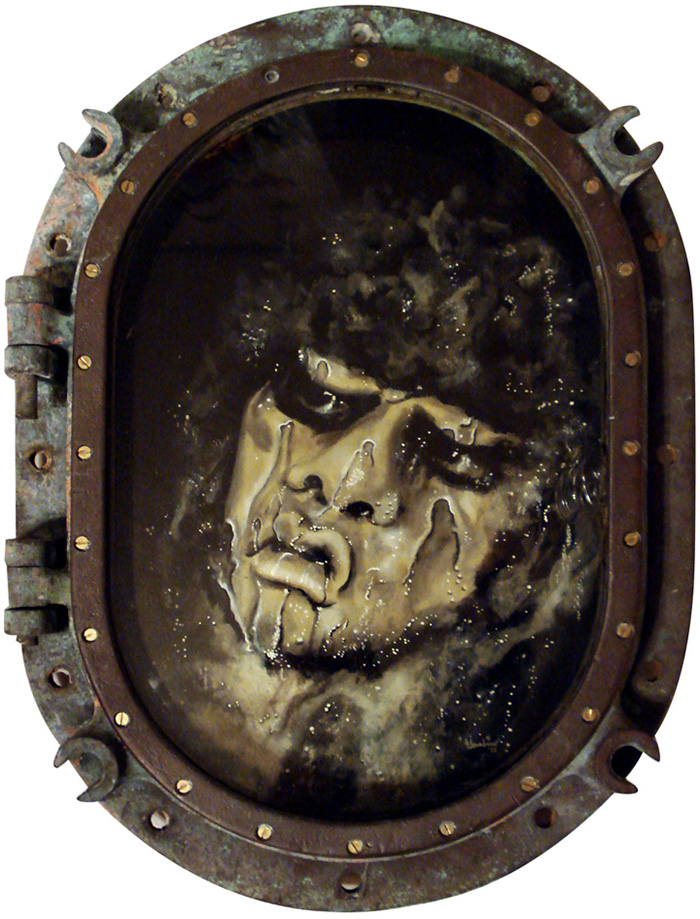 Speaking of Shatner, here is an ode to Bill and his music. 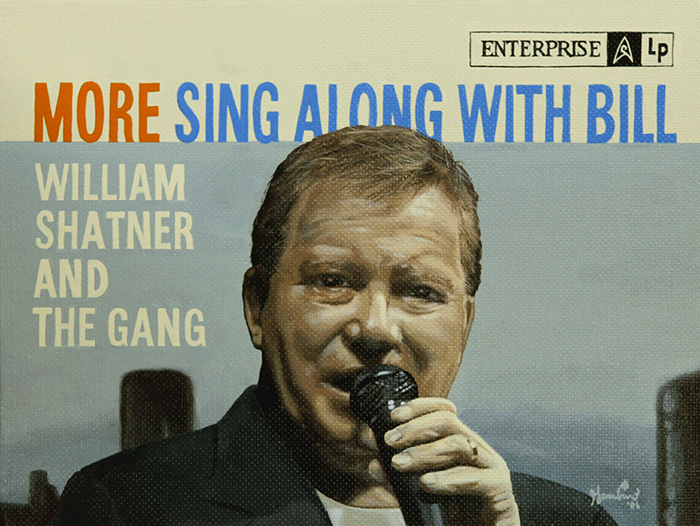 Watch Svengoolie every Saturday at 10PM |9C on MeTV.