Today is the 90th anniversary of television

Take a moment to honor Stooky Bill, a pioneering puppet who became the first face on TV. 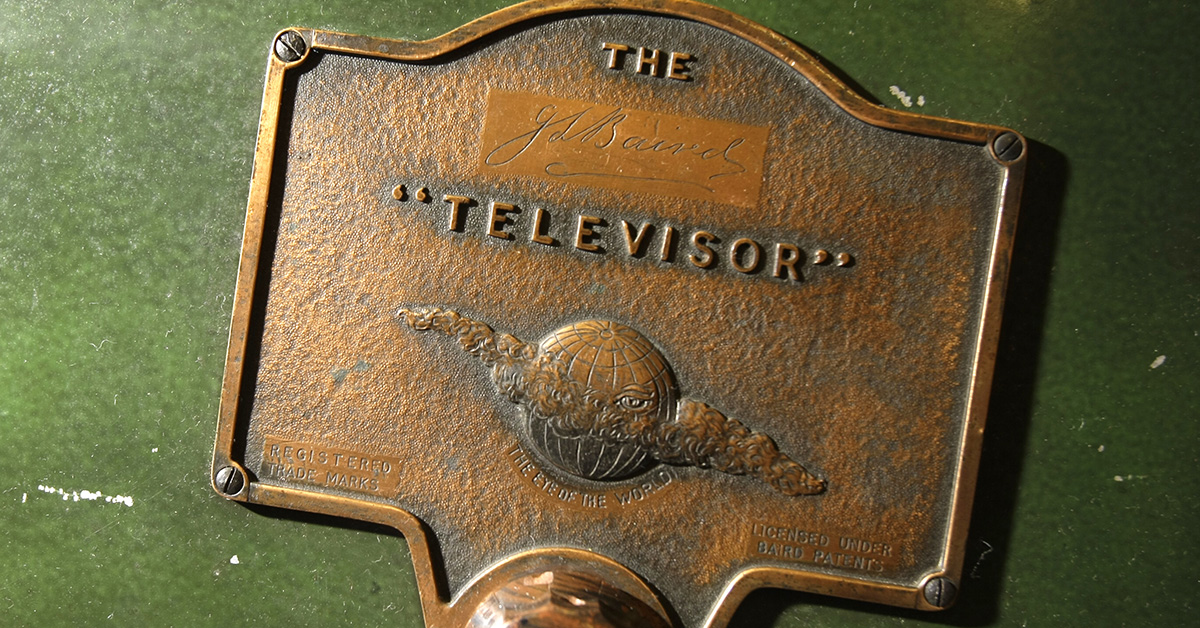 If Howdy Doody has a father, or H.R. Pufnstuf a grandfather, it's Stooky Bill. Stooky Bill was not so much a puppet as a ventriloquist's dummy head affixed to a wooden stick. Still, Stooky Bill, wearing garish makeup to highlight his facial contrasts, has the distinction of being the first image ever broadcast via television, just beating out a man named William, the second thing ever broadcast as a moving image. 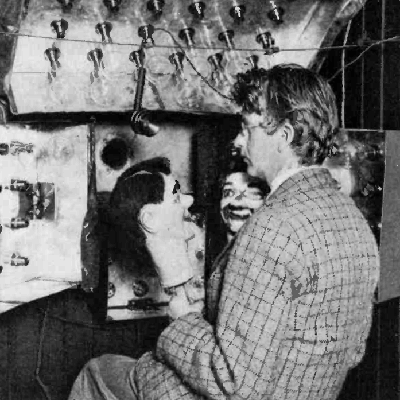 Baird with his dummies Stooky Bill and James.

William worked below a Scottish engineer named John Logie Baird, one of the inventors with a hand in creating the culture-shifting technology that is television. Baird has the distinction of giving the first public demonstration of television, on January 26, 1926.

Baird's first television was made from an old tea chest, and its guts were made of such common stuff as bicycle lights, scissors and knitting needles. Though at the time, the device was called a "Televisor." His prototype Televisor showed a moving image at just five frames per second, far choppier than what we've come to know as the standard 24 f.p.s. of sound film (which was also introduced in 1926).

The early history of television is filled with many brilliant minds, working concurrently on the technology, names such as Charles Francis Jenkins, Léon Theremin, Kenjiro Takayanagi, Herbert E. Ives and Frank Gray.

We'd just like to take a moment to honor Stooky Bill, a reminder that from the very beginning, TV was broadcasting puppets. Sid and Marty Krofft would salute.