These advertisements prove Florence Henderson could sell you anything

The actress was a fan of Wesson cooking oil, Tang and Oldsmobile. 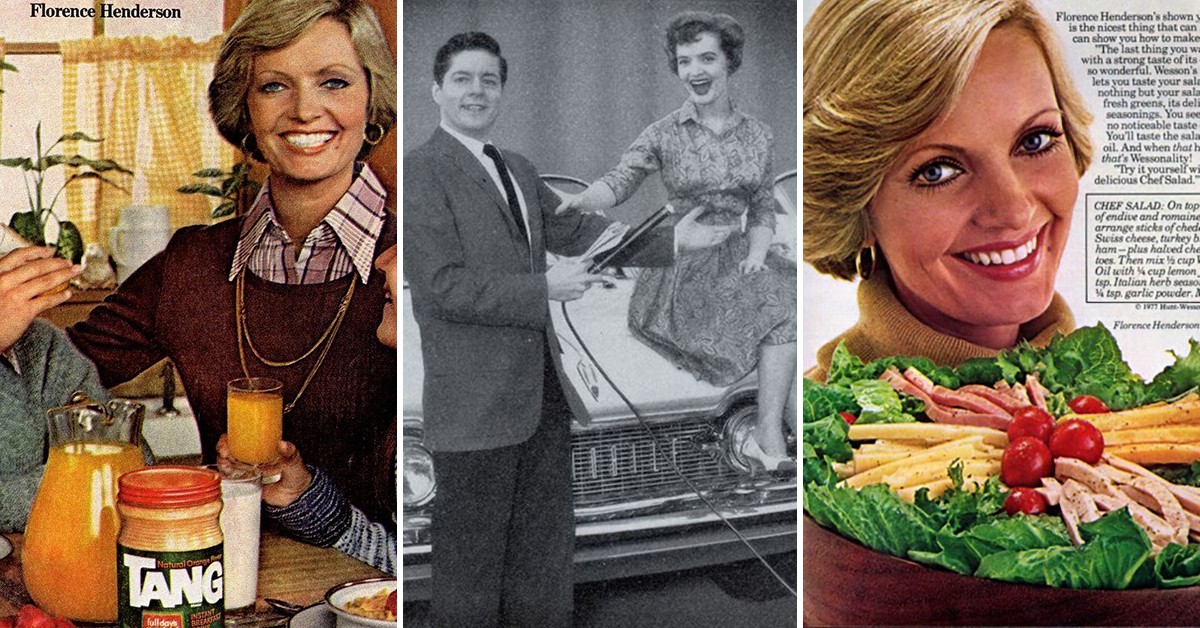 From the time The Brady Bunch first aired in 1969, Florence Henderson has been a part of our lives. That's why we're commemorating her work on the sitcom by showcasing her best episodes this Sunday, Dec. 4, at 12 PM | 11C on MeTV.

Despite taking other roles, Henderson remained a part of our lives through the advertisements and commercials she did from time to time.

She sang, danced and laughed to move millions of products over the span of 55 years - everything from cars to denture cleaner.

Did you buy any of these products because Mrs. Brady said so?

See Also: 7 times Carol Brady was the best part of 'The Brady Bunch' 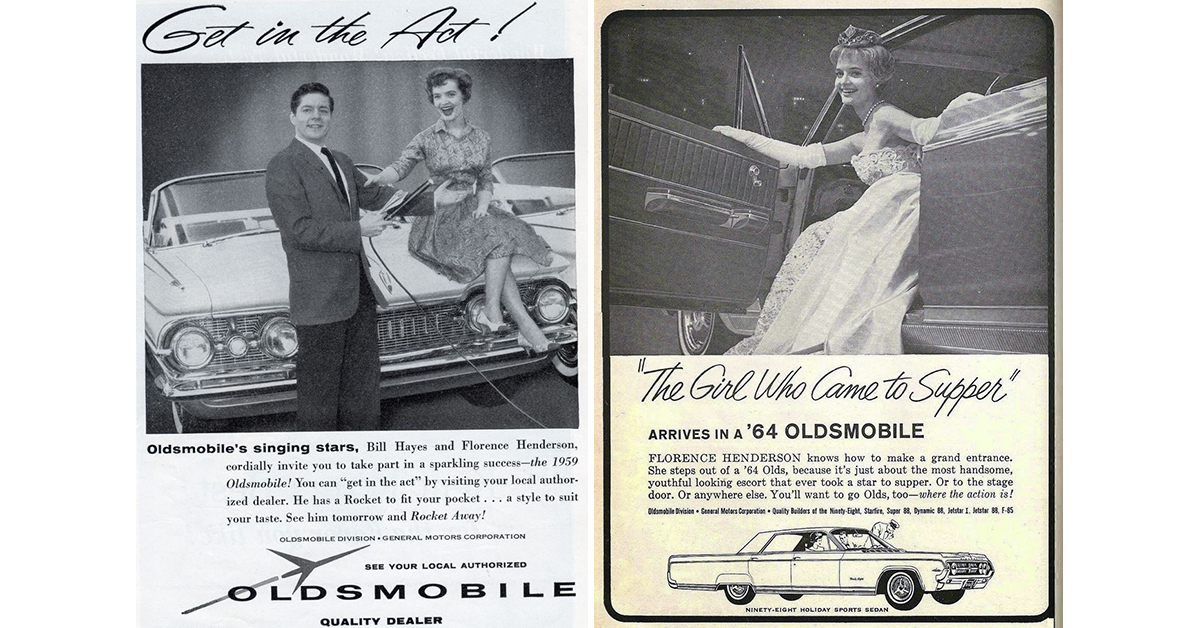 Florence Henderson started promoting products right off the bat. The actress used her vocal talent, along with her beauty, to promote Oldsmobile from 1958 to 1961. 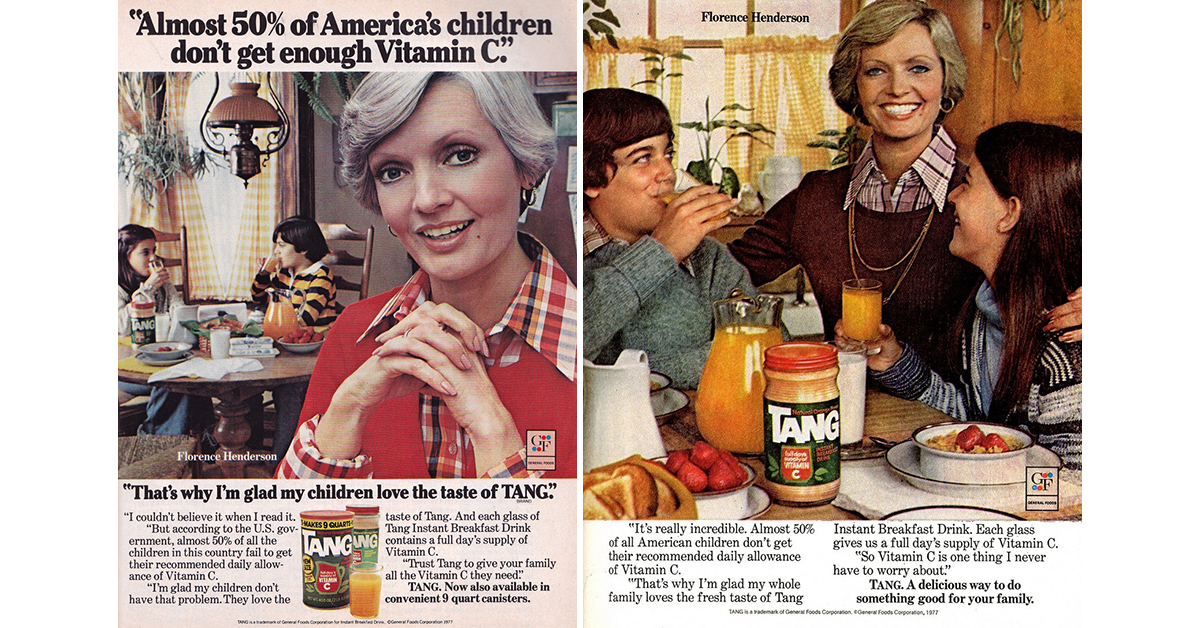 Almost half the children in the country didn't get enough Vitamin C, according to Florence Henderson. Tang used Henderson's motherly appeal to promote the product in the 1970s, fresh off her run on The Brady Bunch. 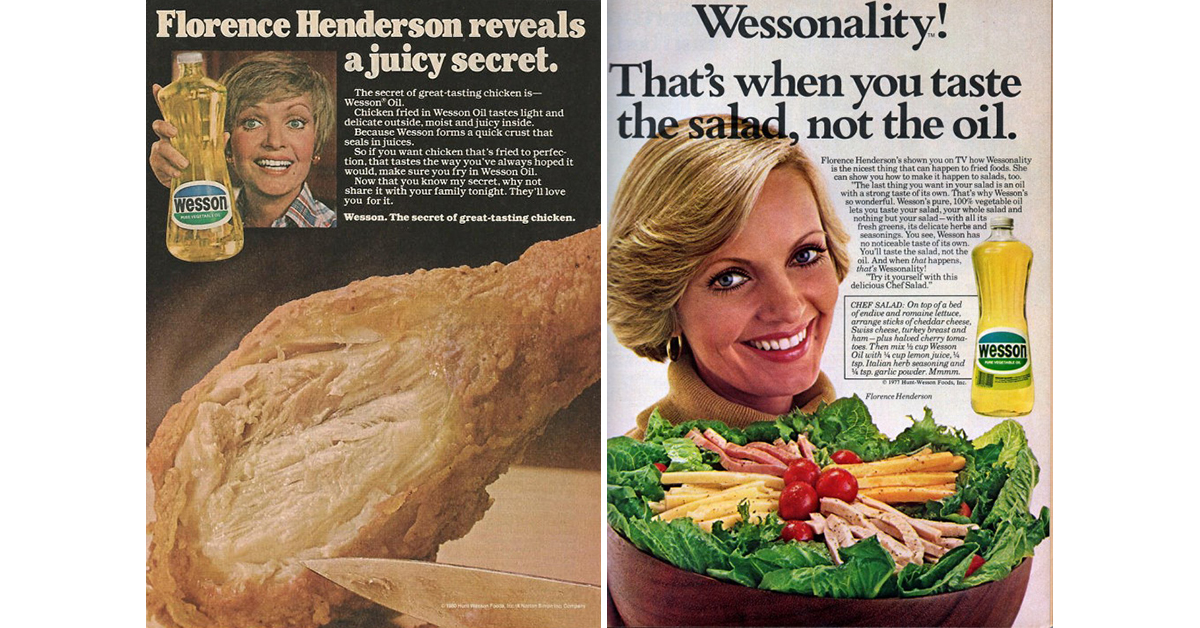 If people identify any product with Henderson, it has to be Wesson cooking oil. For more than two decades, the actress couldn't get enough of the cooking aid. Through song, she would tell us exactly what "wessonality" really meant. (It meant crispier chicken, in case you're wondering!)

Although Henderson never wore dentures, she did promote the denture cleaner in the late '90s and early 2000s. She said on her website she was happy to advertise for Polident because her family members used it and loved it.

The 1970s came roaring back to life in the early 2000s with this hilarious Pepsi Twist commercial. Ozzy Osbourne has a dream his kids turn into the Donnie and Marie Osmond, only to wake up and find out he's married to Florence Henderson instead of his wife, Sharon. 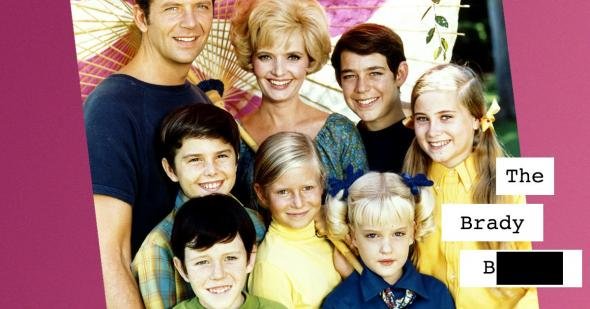 Did you know?1960snostalgia
The Brady Bunch originally had a much weirder name because of a hit Western