The 'Star Wars: Droids' and 'Ewoks' cartoons are 30 years old this weekend 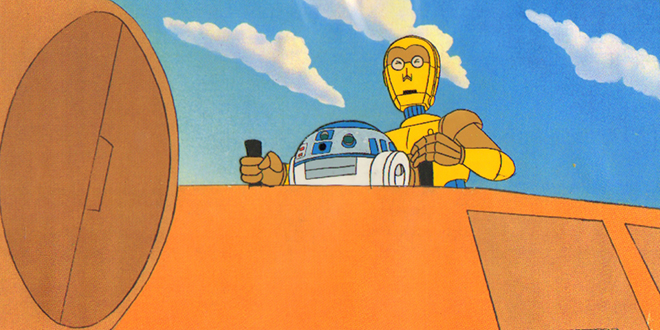 It's hard to believe that there are no longer Saturday morning cartoons on network television. In 1985, a weekend without sugary cereal and cartoons seemed far more unlikely than pop culture without Star Wars. Three decades onward, Star Wars is arguable bigger than ever and yet there are more British soccer games than animated superheroes on TV Saturday morning.

On the first weekend of September, thirty years ago, Star Wars: Ewoks and Star Wars: Droids premiered on ABC (before they were all owned by Disney). Lucasfilm continued to crank out Star Wars content (and C-3PO cereal) for hungry kids, even though Return of the Jedi was over two years old at that point and interest in the sci-fi franchise was waning.
Ewoks, a sequel to two made-for-television movies set between Episodes V and VI, was the less interesting of the two. Droids had a few interesting things going for it. Most notably, the voice of C-3PO was provided by Anthony Daniels, as in the films. The toon also featured a cool, if mismatched, theme song written and performed by Stewart Copeland of the Police. The drummer sounds remarkably like Sting in "Trouble Again."
Finally, the 13-episode series allowed a Star Wars technical legend to sharpen his writing skills. Sound designer Ben Burtt, the man who created R2-D2's voice, Darth Vader's respirations and the hum of lightsabers, penned some of the plots and scripts for Droids. Action figures were made, of course, but many went unsold and recycled. By the end of the run, it felt like Star Wars had run its course. Ha.
Today, the adorable new BB-8 droid from The Force Awakens is stealing the spotlight. But Threepio and Artoo, the Laurel and Hardy of robots, will always be first in our hearts. 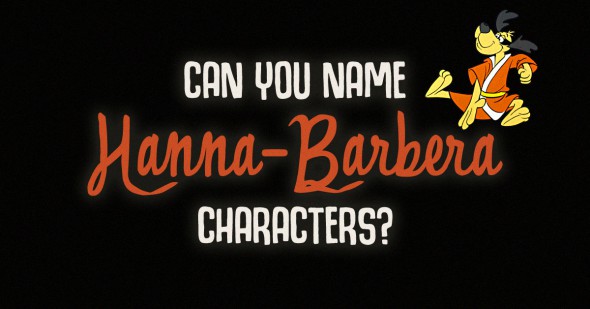 Cartoons
Can you name these classic Hanna-Barbera cartoon characters?
Are you sure you want to delete this comment?
Close