A new sculpture of the 'I Love Lucy' star is scheduled to be unveiled in August. 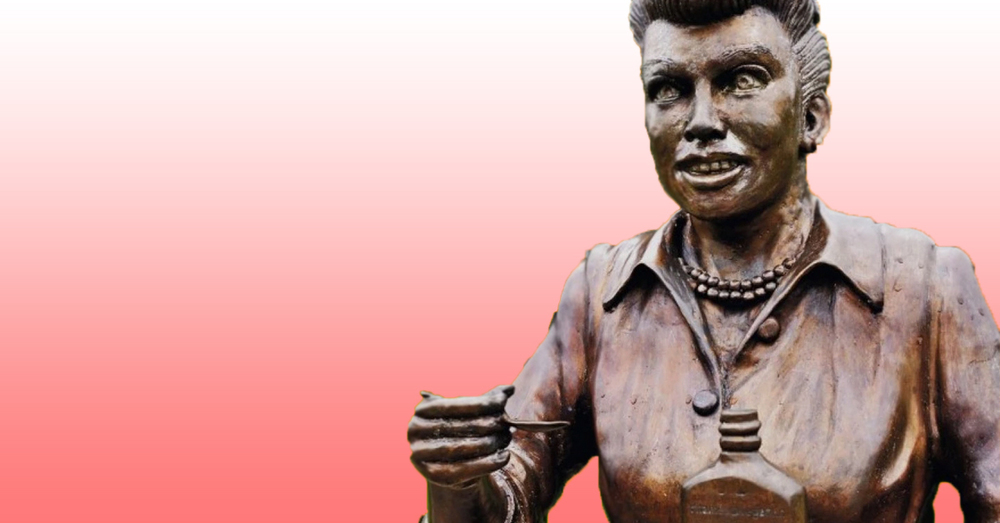 At last, after six years, the haunting has an end in sight. In 2009, the small town of Celoron, New York, childhood home of Lucille Ball, erected a statue of the comedy icon in Lucille Ball Memorial Park. The sculpture, the work of artist Dave Poulin (see above, hopefully for the final time), has since been compared to a zombie, her expression, "roaring dispair." It's hard not to feel a little sorry for Poulin, who earlier this year publicly apologized for the work and offered to fix it for $10,000. In some ways, Poulin's monsterpiece has become a pop art icon, fit for some collection of kitch somewhere. Not to mention, 'Scary Lucy' has become an ironic tourist attraction.

However, Celoron Mayor Scott Schrecengost said thanks, but no thanks to Poulin's offer. Yesterday, Syracuse.com unveiled plans to permanently replace 'Scary Lucy' with a new statue. The pressure is now on Carolyn Palmer, a local artist who has been closely studying footage of Ball and episodes of I Love Lucy to properly capture the comedienne's essence. Though if her charming bust of Pope Francis (which can be seen in the article linked above) is any indication, the task is in good hands. Palmer has also created sculptures of Franklin and Eleanor Roosevelt.

"I want the playful Lucy, the animated spontaneous Lucy, but also the glamorous Lucy," Palmer told The Syracuse Post Standard, adding, "I'm very excited to accomplish something that will bring joy to so many."

Palmer's statue is set to be unveiled in August 2016. You can bet the entire Internet will be watching.