Who remembers "The M*A*S*H Olympics"? 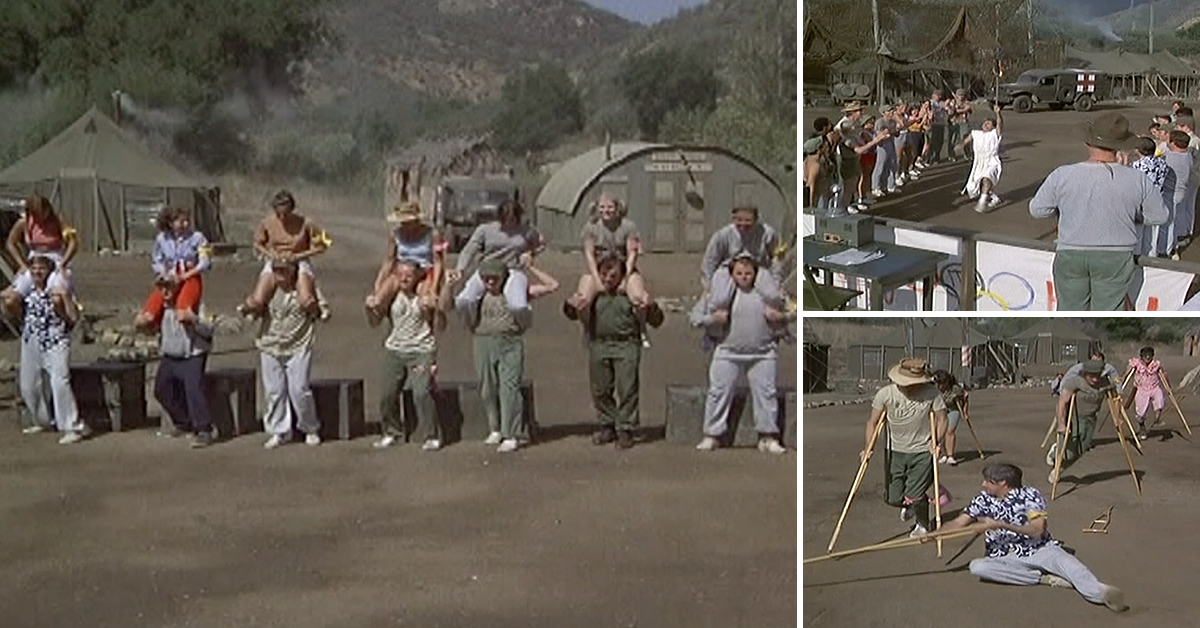 Every four years, the Summer Olympics arrive to bring together hundreds of nations in the name of sport and friendly competition.

While the games have gotten more complex, advanced and inclusive over the years, the spirit has remained insatiable.

That contagious spirit infiltrated the members of the 4077th on M*A*S*H. During the show's sixth season, Hawkeye Pierce, B.J. Hunnicutt and Margaret Houlihan competed in their own version, which coincided with the 1952 Summer Olympics in Helsinki.

Here's a look back at some of the highlights.

The episode starts off with a truck that's rolled onto its side.

The crew isn't strong enough to flip the vehicle, and that's when a smaller, stronger crew comes along to help. They handle the situation with ease, causing embarrassment for Colonel Sherman T. Potter.

The episode contrasts clips from the 1952 Olympics with the makeshift games taking place at the camp. The first event is a crutch race, followed by a montage of other races and obstacle courses.

The teams are in a dead heat until Houlihan's husband, Donald, makes a surprise visit. His athleticism helps carry the pink team to victory (literally) and ties up the games with one event left.

It should be an easy win for Donald, but he falters near the finish line while trying to show off against the less-than-agile Major Winchester. The yellow team gets the three days of vacation, and Hot Lips is obviously upset with her hubby.

The 4077th Games, much like the real thing, prove it's possible to come together and have fun no matter the circumstance, even in extreme instances like war.