The 'I Love Lucy' Vitameatavegamin episode is being colorized

Two episodes of the classic sitcom are being given 'vintage' color for an upcoming Christmas special. 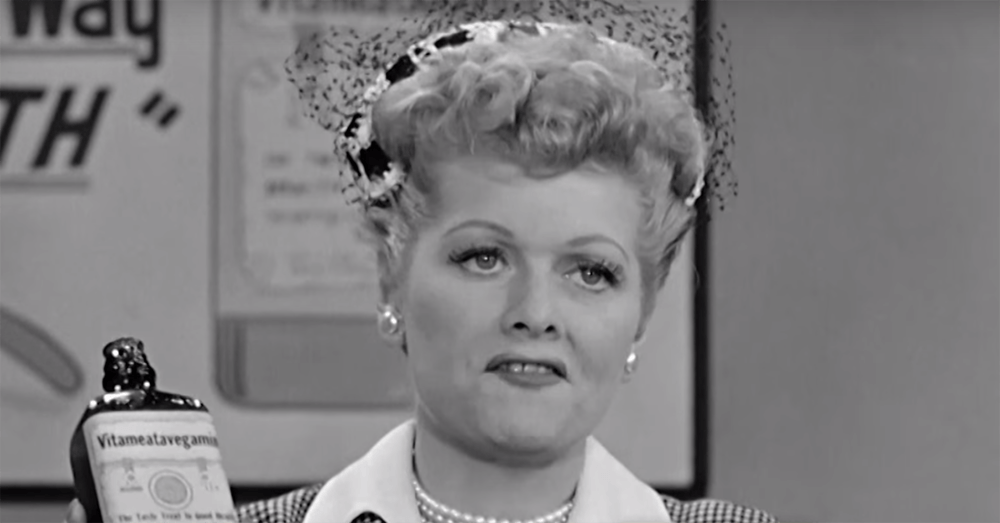 Did we learn nothing from Ted Turner? In the late 1980s, the cable mogul announced that he would air a colorized version of Citizen Kane. Public outcry stymied that attempt.

Still, the colorization trend was all the rage in the Eighties, as classic black and white films were painted for rebroadcast. Thankfully, the process faded from favor. Modern technology has allowed old black and white prints to be stunningly cleaned up and kept in their grayscale.

Today, however, it was announced that two classic episodes of I Love Lucy — including "Lucy Does a TV Commercial" — are being colorized as part of an upcoming Christmas special by the series' original network. That, or course, is best known at "Vitameatavegamin" episode. There is a promise to give it a "vintage" color look — but, well, black and white is vintage.

"Lucy Does a TV Commercial" is one of the most cherished installments of the beloved sitcom.

In fact, beginning Monday, you can vote for it in our very first Pick Me program, as we allow you the viewer to help us pick the best I Love Lucy episodes to play on MeTV. For two weeks, classic episodes of I Love Lucy will battle it out online. Then, beginning November 29, we will count down the top ten Pick Me picks every Sunday at 4PM | 3C. In crisp, beautiful black and white.

Visit metv.com on Monday to start picking with Pick Me!