The Hollies "Look Through Any Window" turns 50 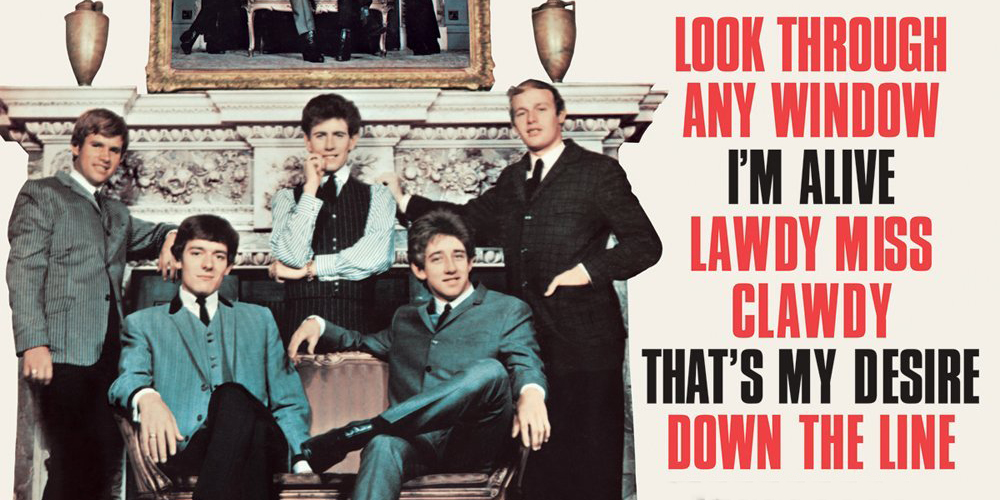 After the Beatles, Stones, Who and Kinks, there is a near criminal drop-off in fame for British Invasion bands. Groups like the Animals and Zombies are revered by music lovers for particular albums or songs, but they're not popping up on the covers of modern magazines and trickling down from generation to generation like that Mount Rushmore of acts listed up top. The Hollies are lumped in that second tier of overlooked acts. Graham Nash is better remembered for his work with Crosby and Stills, and the Hollies lasting tunes are those gentle, golden '70s ballads released after Nash's departure ("He Ain't Heavy, He's My Brother," "The Air That I Breathe").

So its time to pay tribute to the jangling rhythms of the band's 1960s output. Mad Men turned a spotlight on this era with its use of "On a Carousel," which can almost be considered a second theme to the series. Half a century ago, the Manchester quintet dropped another gem of a tune that rippled through rock history. "Look Through Any Window" was written by a 19 year old from the area, Graham Gouldman, who months prior had penned a hit for the Yardbirds, "For Your Love." Gouldman would eventually go on form 10CC and help craft AM radio hits like "I'm Not in Love" and "The Things We Do for Love."
Released at the start of September in 1965, "Look Through Any Window" opened with a 12-string guitar riff that chimes like the best of George Harrison and the Byrds. Harmonies and hand-claps give the song a groove and honey coating. The song would become the Hollies' first American hit, cracking the Top 40. Around the holidays, the Hollies would record a French version of the song, but EMI - France would reject it. Even then, this lovely tune didn't get its due respect.