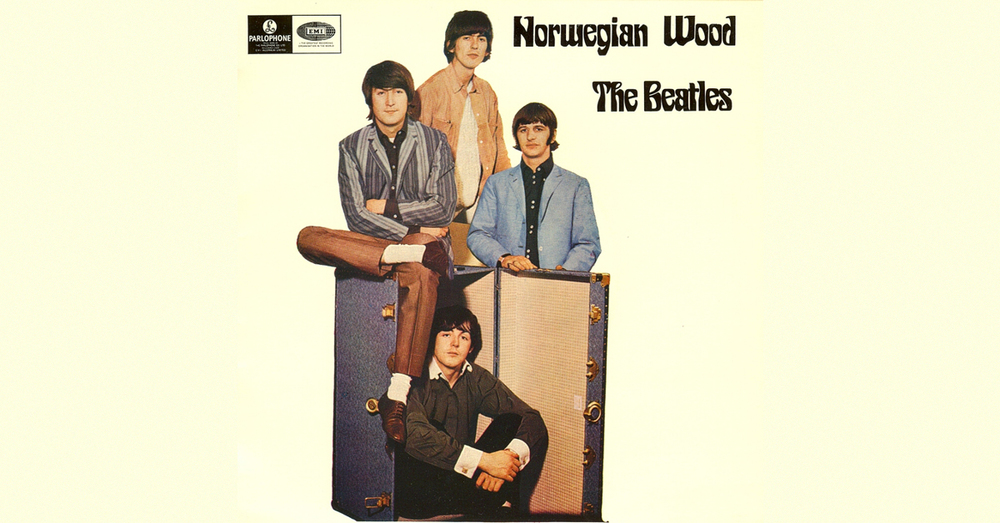 On October 21, 1965, the Beatles entered EMI Studios in London, their heads swimming with sounds from Bob Dylan and Ravi Shankar records. Earlier that month, on October 12, the Fab Four had worked on a composition called "This Bird Has Flown" that John had penned in the spring. George, heavily under the influence of raga, plucked a sitar over the track.

A little over a week later, the song blossomed over several takes, though not without some labor. The drums were stripped away. The key changed. John and George locked their acoustic guitar and sitar together in a double-track. The title changed to "Norwegian Wood." The result was folkier, sadder, a masterpiece.

The Kinks by that point had already melded Indian music with western pop to wonderful effect on "See My Friends" but the Beatles completed the bridge between rock and raga. The landmark melody drifted across the Atlantic into Brain Wilson's brain and spurred him to craft Pet Sounds. The stakes had changed.

You can hear the song evolve through early takes in this YouTube clip.

The second track on Rubber Soul, many a Beatle fan's favorite album, "Norwegian Wood" continued to influence pop culture for decades. It provided the title for a sad, romantic and perfect novel by Haruki Murakami.

In the late 1990s, the British pancultural pop duo Cornershop covered the song in Punjabi. That was just one of dozens of covers of the song, which has been reinterpreted (well!) as hip-hop, country, jazz fusion, jazz swing, mellow jazz and German new-wave.