The 9 most strikingly patriotic photos from the Bicentennial

The summer of 1976 was all about the red, white and blue. 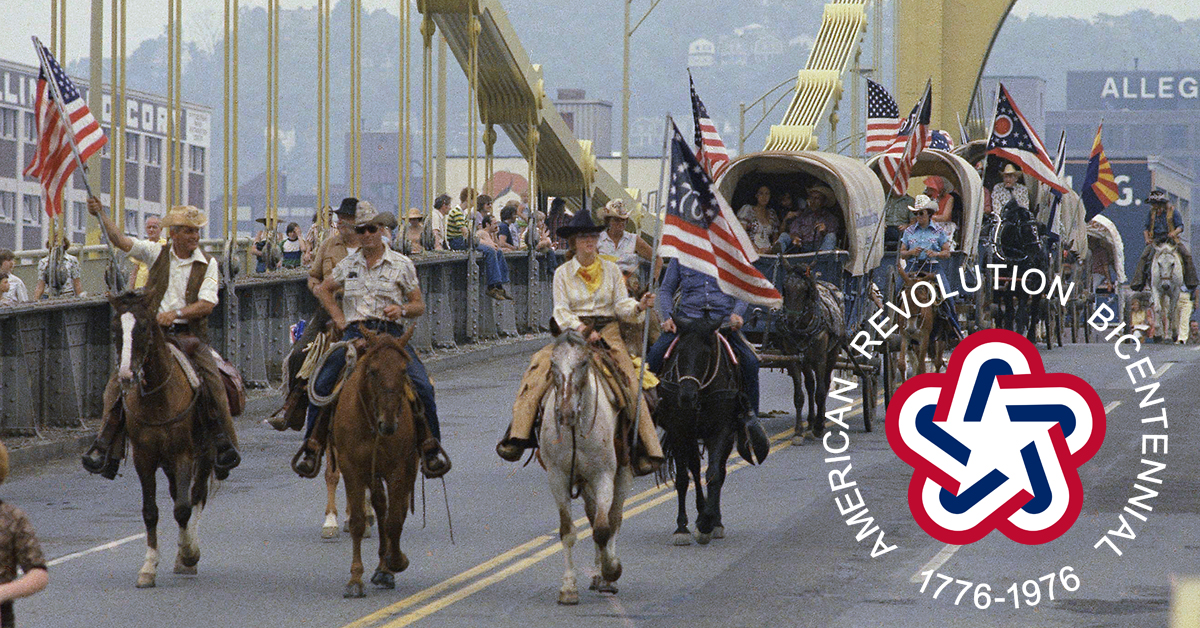 Every year around this time, people around the country begin to feel a sense of patriotism that brings us together and helps us remember the great things about the USA.

Around forty-five years ago, that pride was even more apparent with the nation's Bicentennial in full swing. There were countless products, events and specials that helped us celebrate America's 200th birthday with gusto. Even the Queen came for a visit!

Here's a look back at what it was like during the summer of 1976. 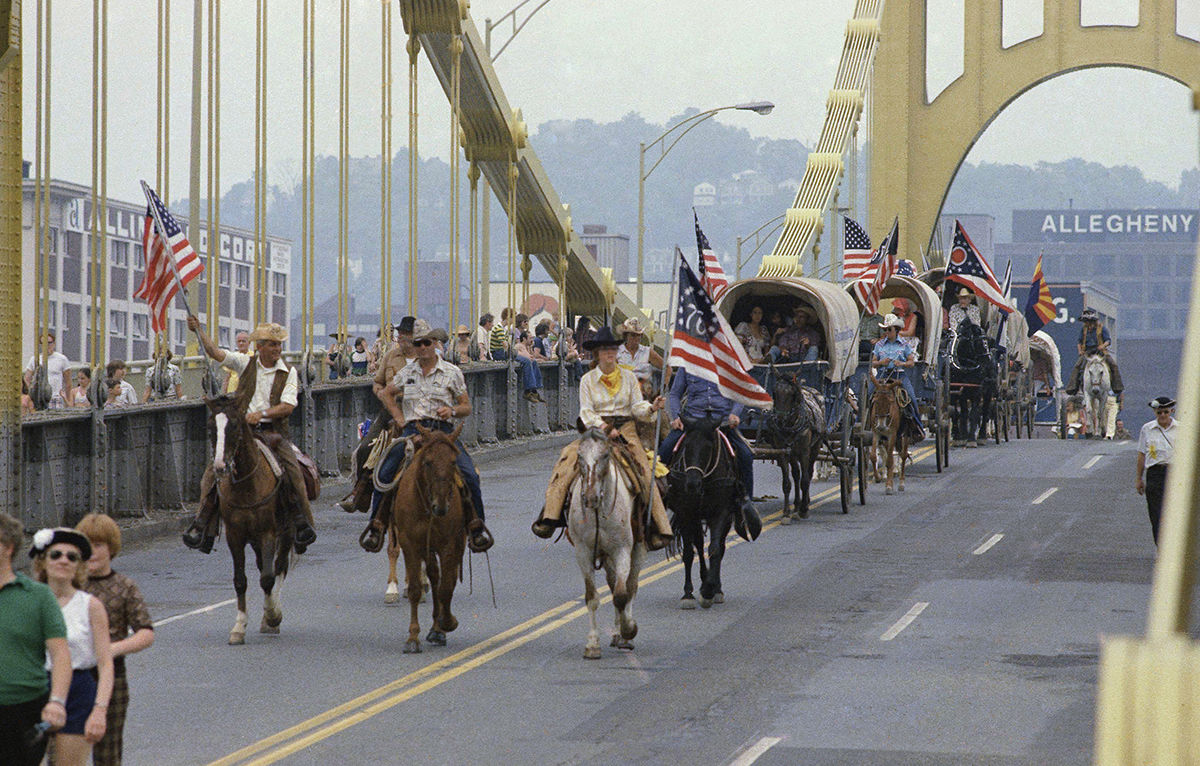 The Bicentennial Wagon Train made its way from the West Coast to Valley Forge to celebrate the nation's 200th birthday. In this photo, the coaches crossed the Allegheny River in Pittsburgh, less than 300 miles away from its final destination. Two women measure an 11-foot star on what would become the largest American flag in history. The flag flew off the Verrazano-Narrows Bridge in New York City as a bicentennial salute. 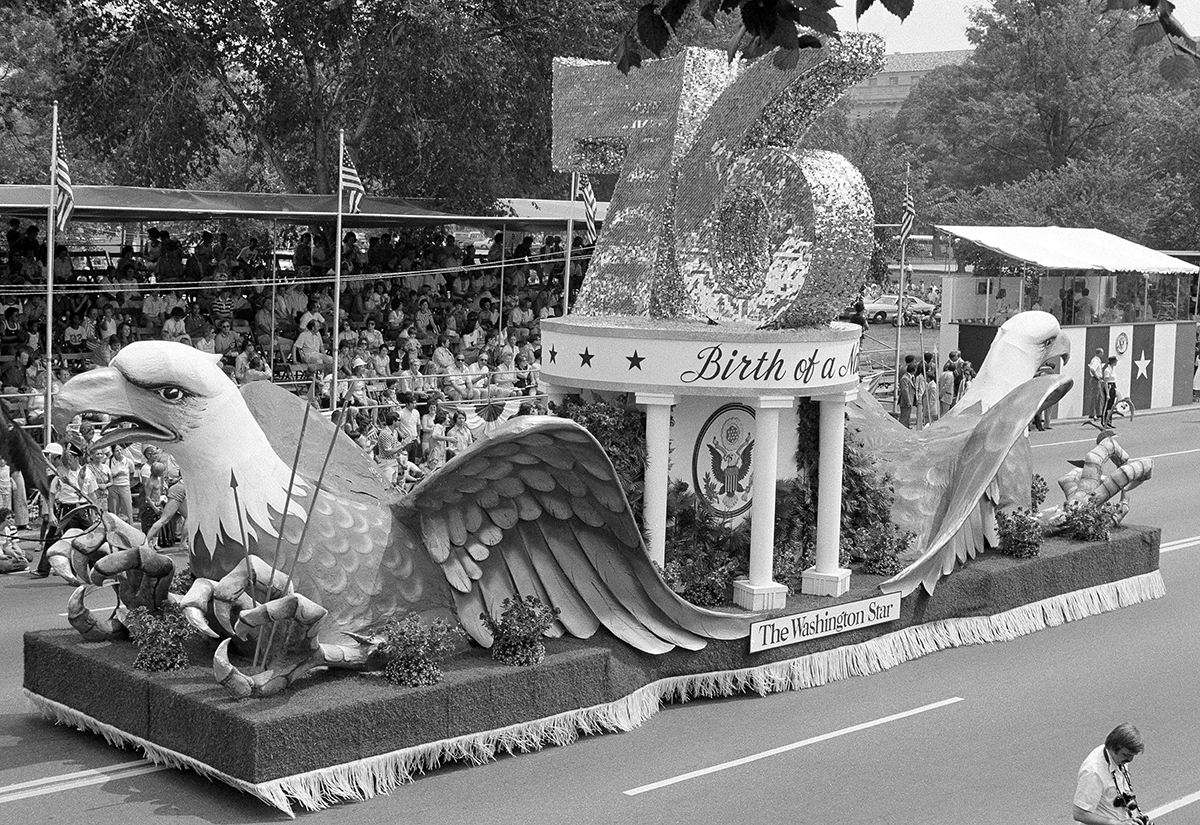 Just one of the many floats in the American Bicentennial Parade on Constitution Avenue in Washington, D.C. Johnny Cash was the parade's grand marshal. 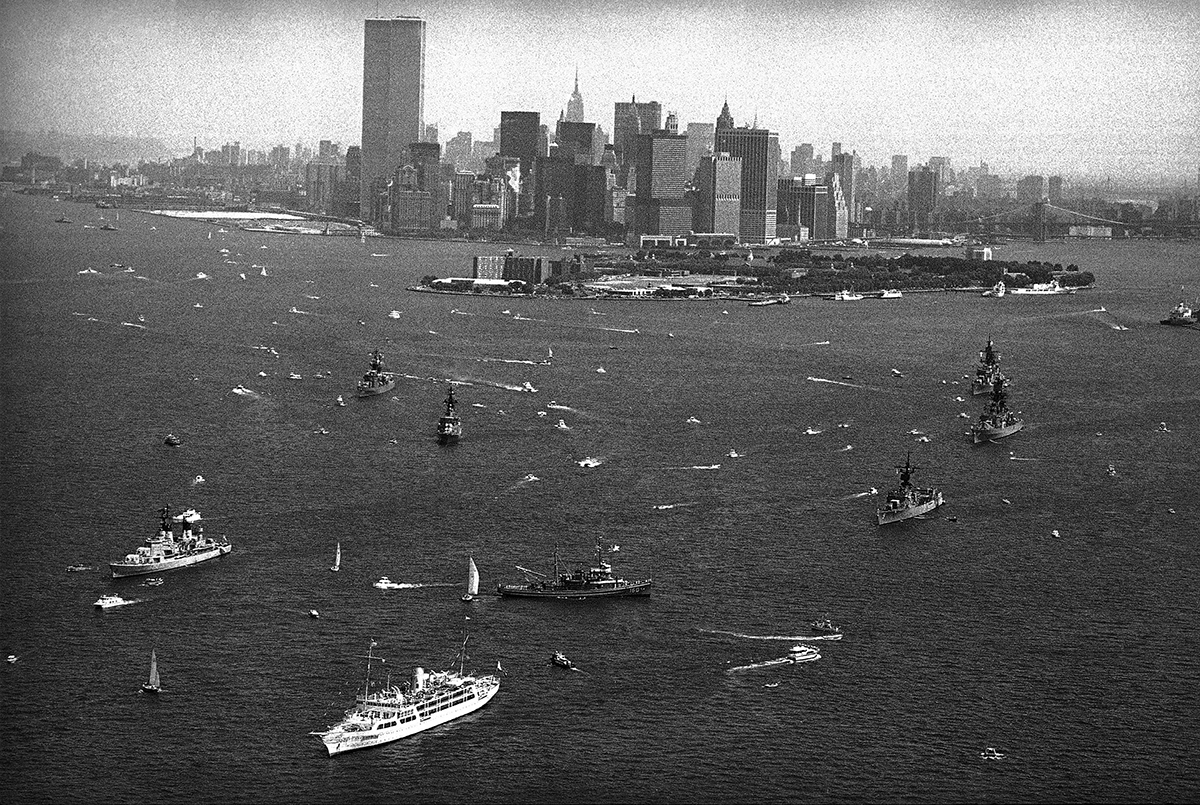 Naval ships from all over the world helped the United States celebrate its 200th birthday as a part of Operation Sail. The special event culminated with the Parade of Ships down the Hudson River. 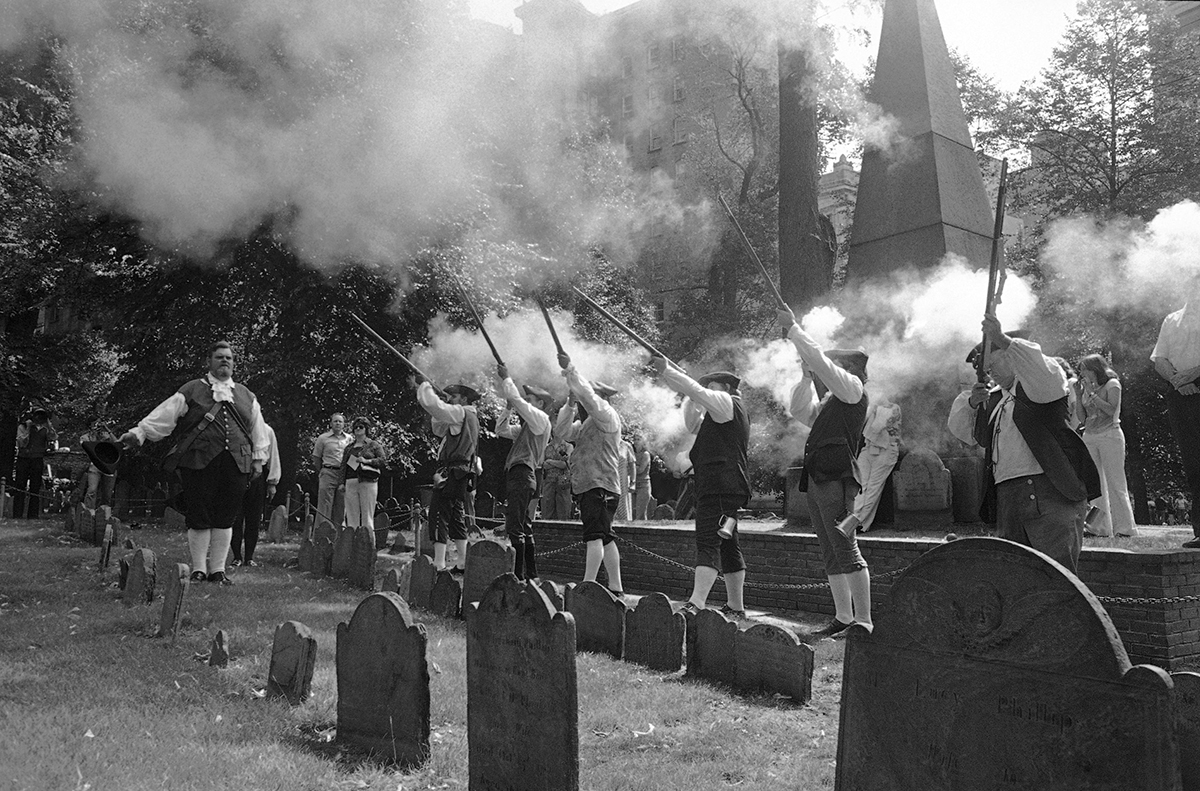 Minutemen gathered in Boston's Old Granary Burial Ground, the resting place of John Hancock and Samuel Adams, to fire a salute to our nation's Founding Fathers. 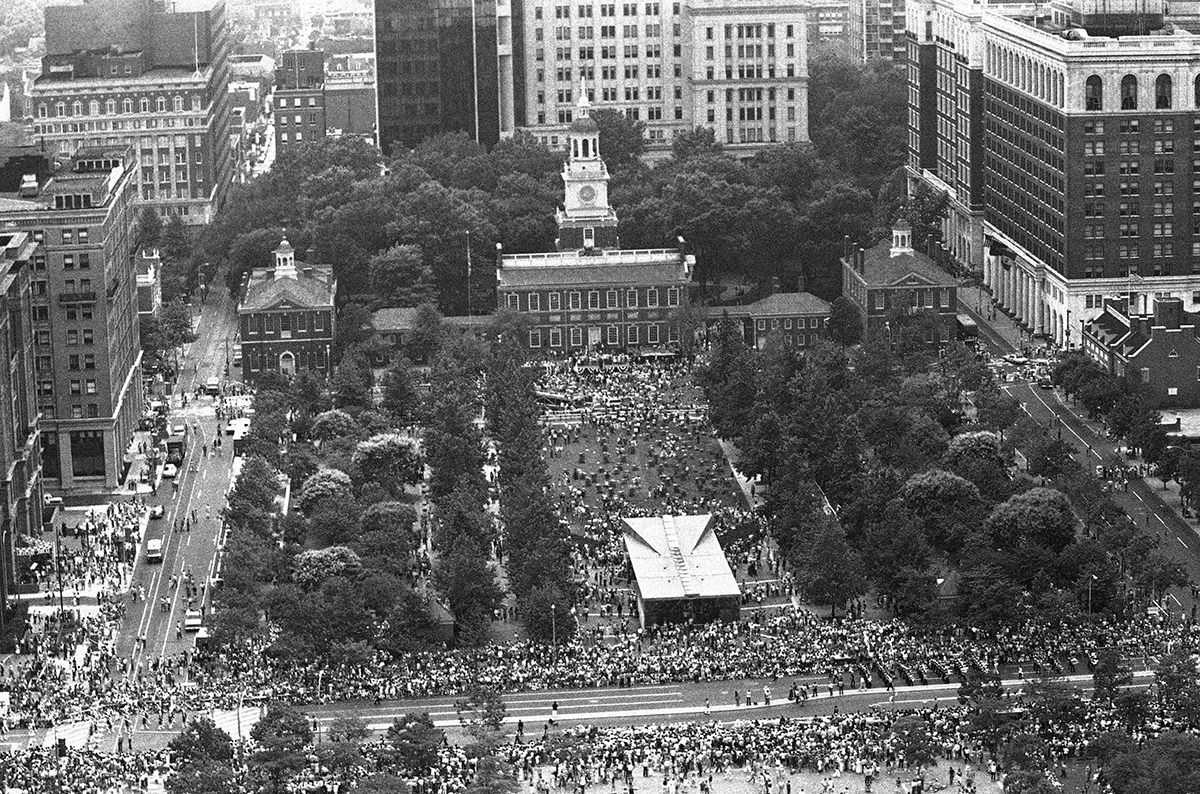 Crowds flocked to Independence Hall in Philadelphia to see the new home of the Liberty Bell. 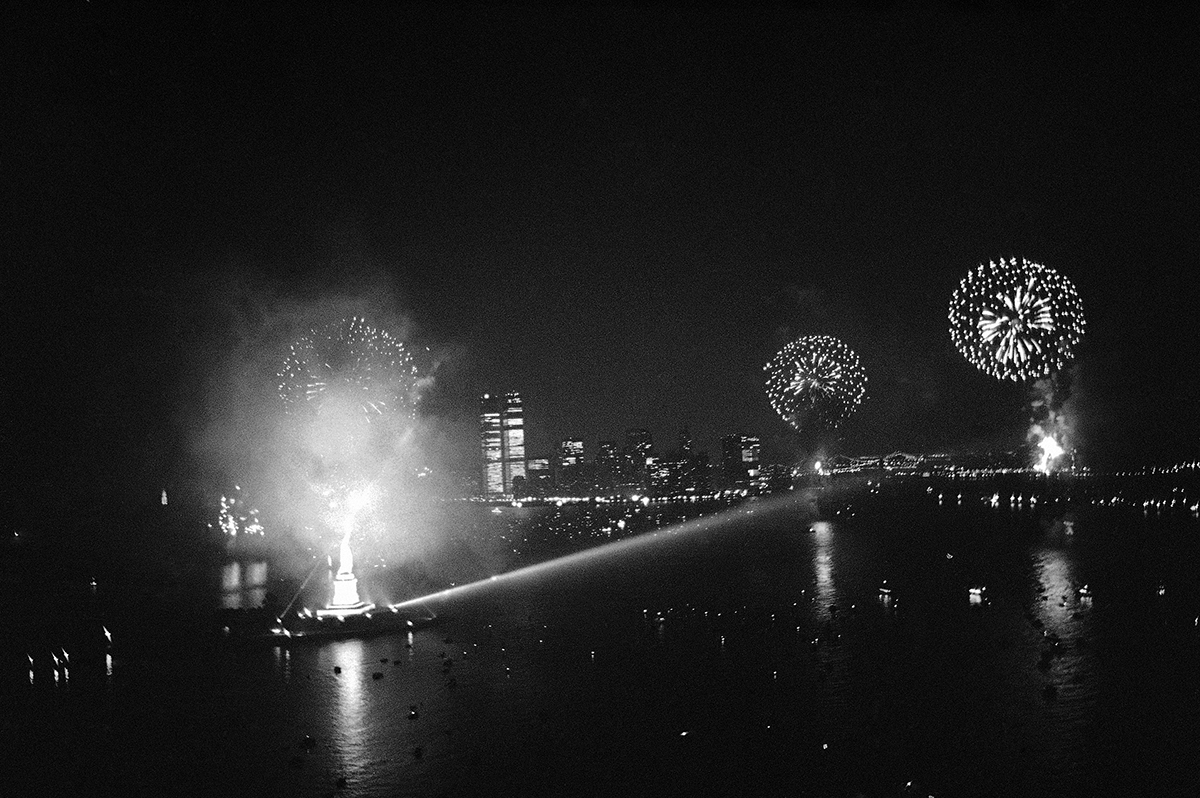 The Fourth of July wouldn't be complete without fireworks. Here you can see the illuminated Statue of Liberty overlooking New York City. 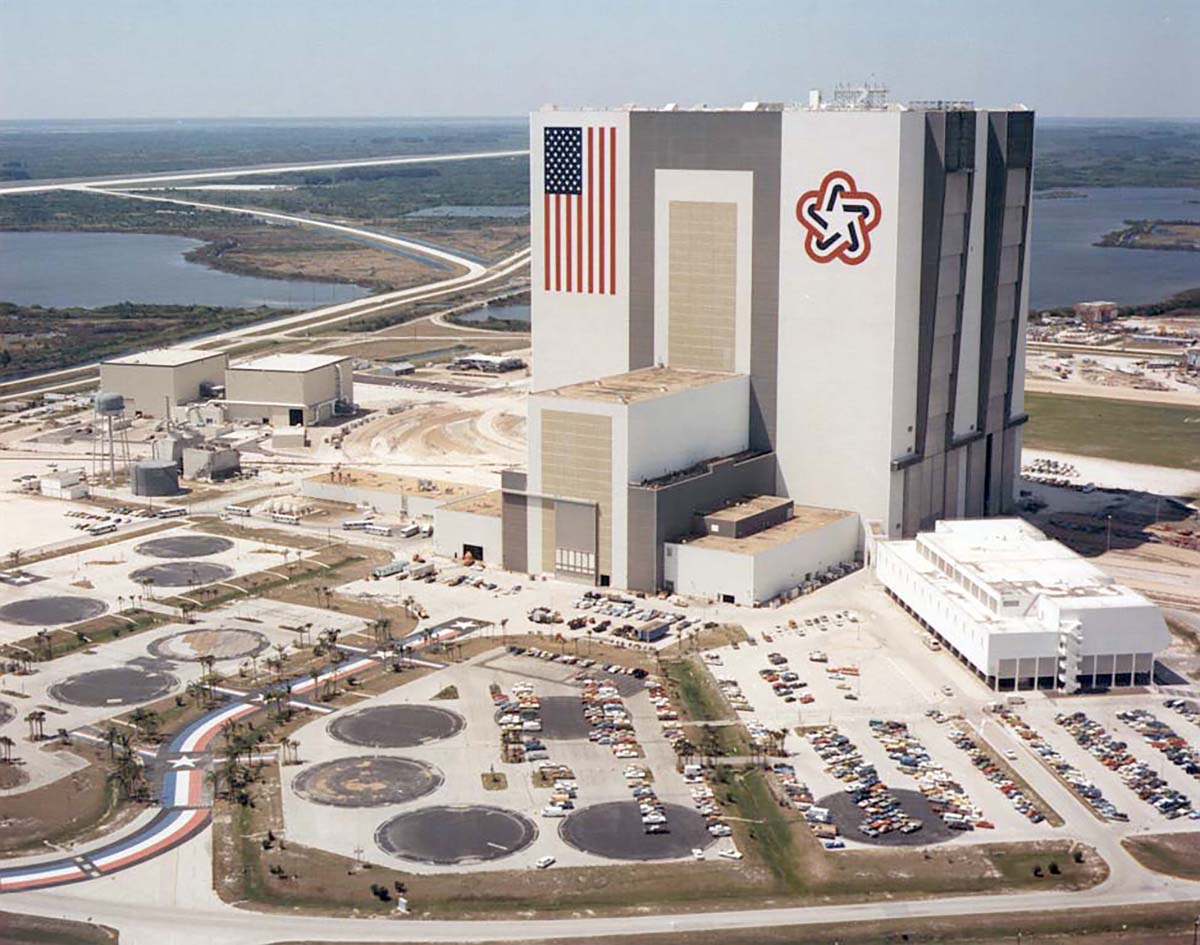 NASA joined in on the celebration, unveiling the bicentennial's logo on its Vehicle Assembly Building. 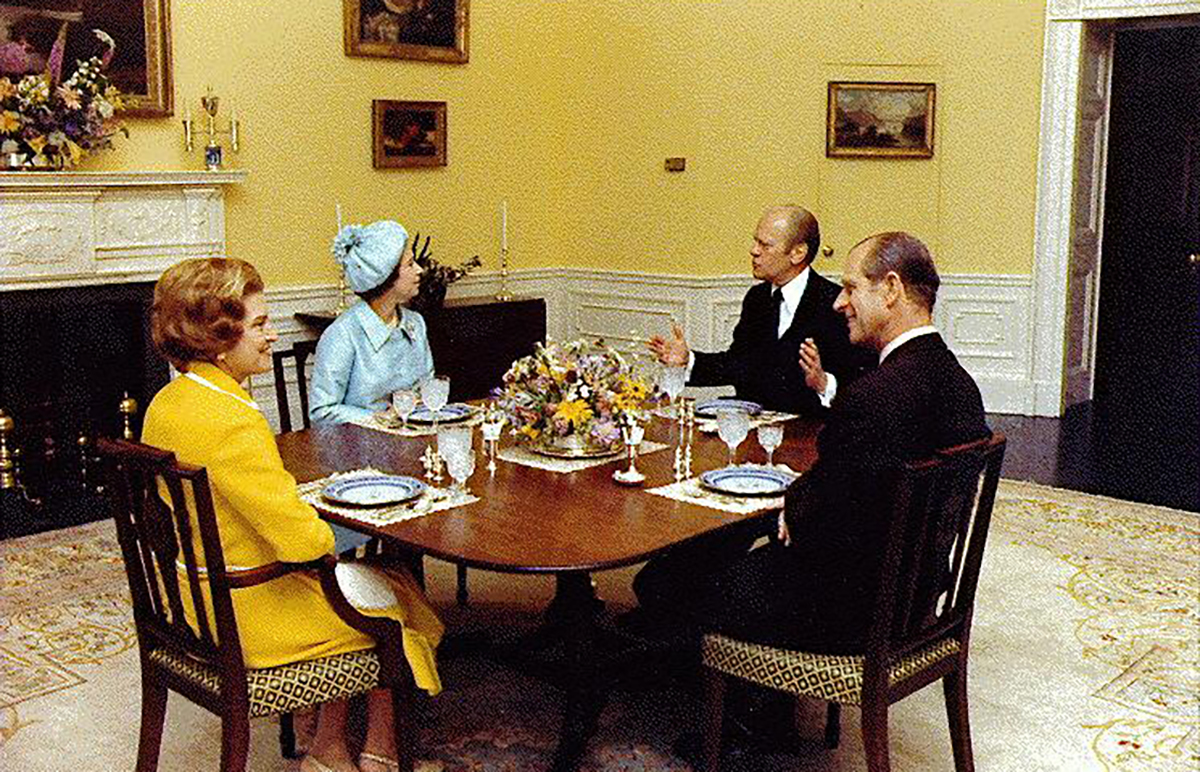 Queen Elizabeth made a state visit in 1976 to attend celebratory events surrounding the bicentennial. In this photo, Her Majesty is seated with Prince Philip, President Gerald Ford and First Lady Betty Ford.

Pmhander 13 months ago
Too bad there wasn’t a picture of that flag flying from the bridge. That would have been cool. Anyone remember that Bicentennial Minute? It was a clip show during the commercials on TV that gave information on the founding of our country.
Like Reply Delete