Take a virtual reality tour of the Starship Enterprise

A hobbyist has been painstakingly recreating a virtual reality model of the Star Trek spaceship. Take a tour through it via video. 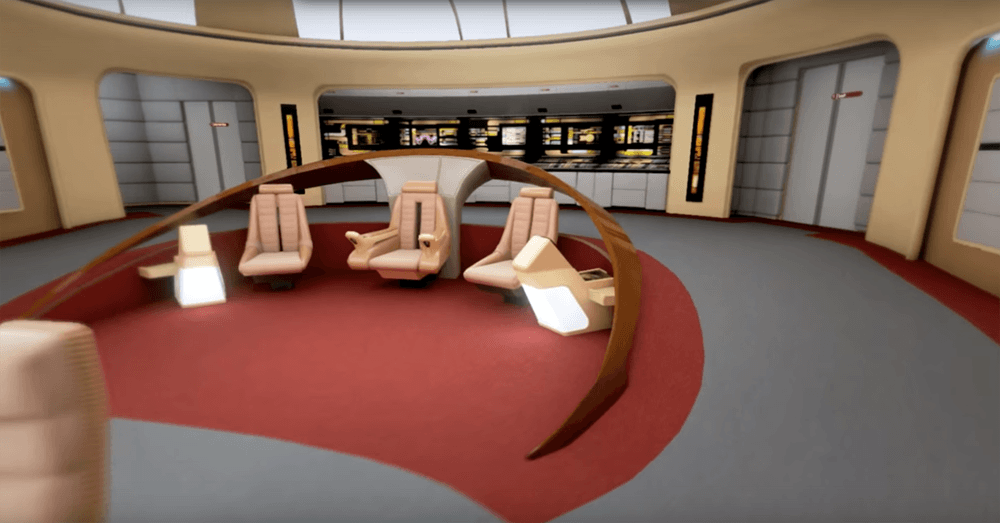 In terms of sci-fi, virtual reality is more cyberpunk than Star Trek, but it is another piece of the fantastic future that is tantilizingly close to our everyday lives. There is the Facebook owned Oculus, which is itching to get its Rift goggles in your hands. An artist/programmer (and the lines are blurring between the two) named Jason B has been building a simulation of the Enterprise-D, the iteration of the iconic spaceship seen in Star Trek: The Next Generation, for a couple years. Recently, he ported it over to the Unreal Engine game development software.

But you don't need any technological know-how or fancy hardware to take a tour through the model. He's upped it to YouTube as well. Crank it up to HD, set it full screen, push your head close to monitor and it's virtual virtual reality. At least, we though it was pretty neat. Jason is doing this solely for the love of the Federation, as a fan. Hopefully, when VR goes mainstream we can walk through the Enterprise officially. The Jupiter 2 too, please.

Trek fans also take note: Star Trek: The Original Series starts over again from episode one, this Saturday at 9PM | 8C on MeTV.