The artist made the Enterprise zoom through the stars and came up with the transporter effect. He also made dozens of classic TV openings. 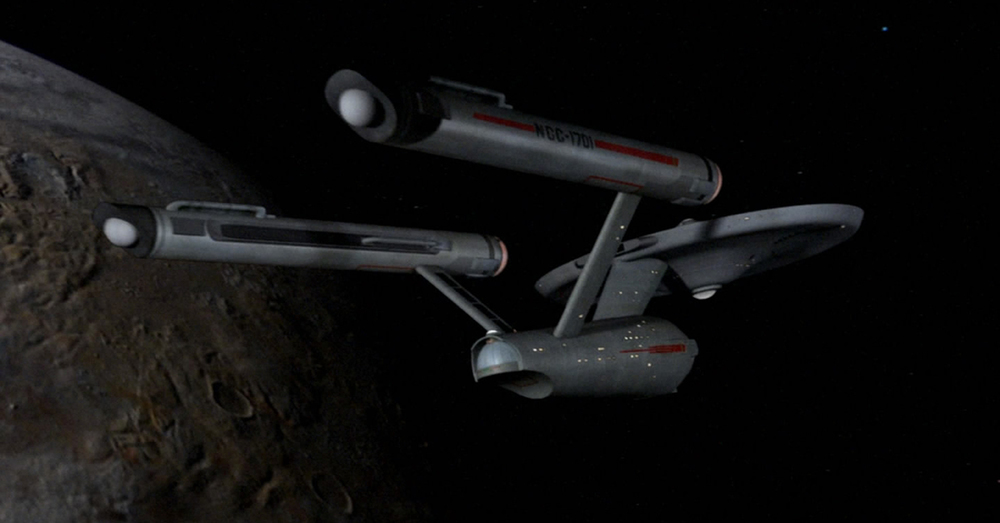 What would Star Trek be without its visual effects? The philosophical ideas, heady scripts and brilliant cast all help to keep the show timelessly relevant, certainly, but those brilliant science-fiction visuals were far ahead of their time. Howard A. Anderson, Jr. can take a lot of credit for that.

The visual effects artist, along with his brother Darrell A. Anderson, devised the starfields and created the "beaming" effect of the transporter. Trickier yet was coming up with a way to show the Enterprise speeding through the field of stars. The technique, using a state-of-the-art optical printer called the Oxberry, took three full days to shoot. You can read about more of it here, as Anderson explains the process.

Anderson was born into a cinematic family. His father ran a special effects house called The Howard Anderson Company. Anderson, Sr. worked on cult horror films like Bela Lugosi's White Zombie. Junior began working in the studio at a young age. After serving in the Navy, he returned to showbiz in 1946. In 1954, he and his brother took over the Howard Anderson Company. Anderson and co. created title sequences for Desilu productions like I Love Lucy, Mission: Impossible and The Untouchables, in addition to Star Trek.

Later, Anderson crafted title sequences for The Brady Bunch, The Andy Griffith Show, The Beverly Hillbillies, Daniel Boone, Get Smart, My Three Sons, The Fugitive, That Girl, The Twilight Zone, Happy Days, The Love Boat, Wonder Woman, Cheers and many more. Odds are, if you're watching a title sequence on MeTV, Howard A. Anderson, Jr. created it!

Additionally, Howard A. Anderson III was the camera operator on Superman.

As it was reported yesterday, Anderson, Jr. passed away in late September at the age of 95. The next time to catch the opening to one of those many memorable shows, remember it traces back to "Beam me up, Scotty."

newsobituaries
R.I.P. William Wintersole of The Young and the Restless, Star Trek and more
Are you sure you want to delete this comment?
Close