Someone made this beautiful Batmobile replica out of aluminum 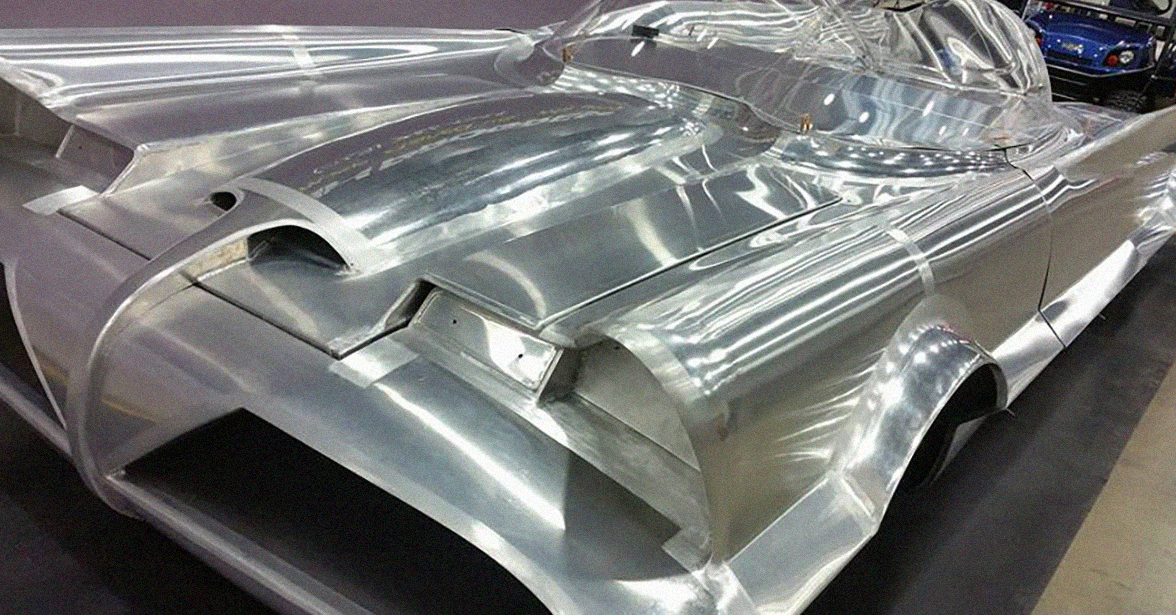 There may be a new Batman movie on the scene, but there is still only one true Batmobile. The original 1966 design, built from a Lincoln Futura concept car, is still in the spotlight. A sweet new Lego 1966 Batmobile hit the market earlier this week. Four months ago, the sleek black-and-red auto was honored when its designer, George Barris passed away. The "Kustom Car King" was even buried in a coffin modeled after the Batmobile.

Now, we have this, an all aluminum Batmobile. The shiny metal replica appeared at the Detroit Autorama auto show, and Facebook user Hot Rod Valdez fortunately snapped some pictures of the reflective ride (thanks to Comic Book Resources for the scoop).

Check out another view of the chrome-like coupe below. It looks like a stainless steel DeLorean crossed with the Batmobile. And it's still cooler than those chunky tanks Batman cruises in these days. 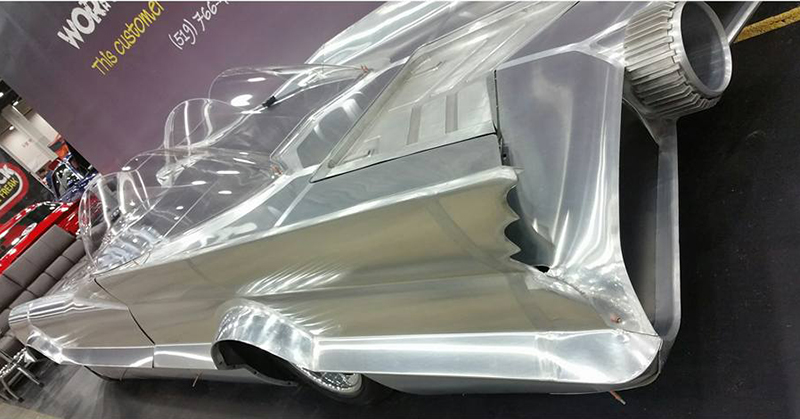