Where To Watch Shop Store Contact
Home / Stories / See Carol Burnett work her magic on 'The Late Show with Stephen Colbert,' get the tears flowing

See Carol Burnett work her magic on 'The Late Show with Stephen Colbert,' get the tears flowing

The comedy legend hit 'Colbert' for a poem, a Tarzan yell, a Jimmy Stewart impression and the tug of an ear. Grab some tissues. 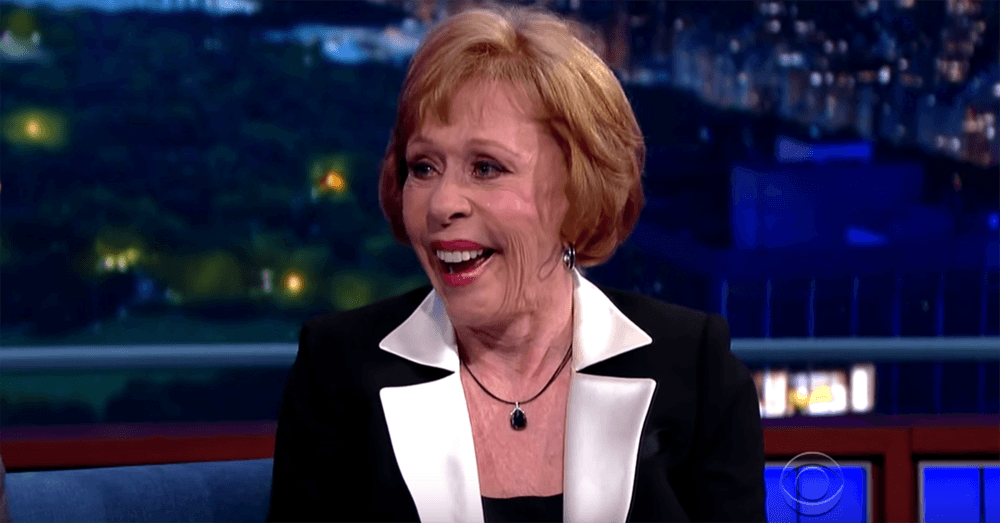 While just over a week old, The Late Show with Stephen Colbert has proven itself to be a refreshing addition to the late night lineup. With Colbert's wide appeal and shifting tones, the talk show keeps delivering memorable moments. Last night, the host welcomed one of his heroes — and a hero to all comedians, really — Carol Burnett. The episode began with Colbert initiating a question-and-answer session with his audience. The 82-year-old comedienne, planted in the crowd, stood up and accused him of ripping off her shtick. What ensued was a flashback to The Carol Burnett Show with Burnett fielding questions from fans and even delivering her trademark Tarzan yell. It's an absolute must-see.

Afterward, Kevin Spacey slipping into a Jimmy Stewart impression to read her a poem, which brought her to tears. Burnett was there to promote her new The Carol Burnett Show: The Lost Shows Ultimate Collection DVD set. Of course, you can still catch Carol Burnett and Friends on late night, every weeknight on MeTV at 11PM | 10C.