When is "Ruh-Roh" going to be made an official part of our language? 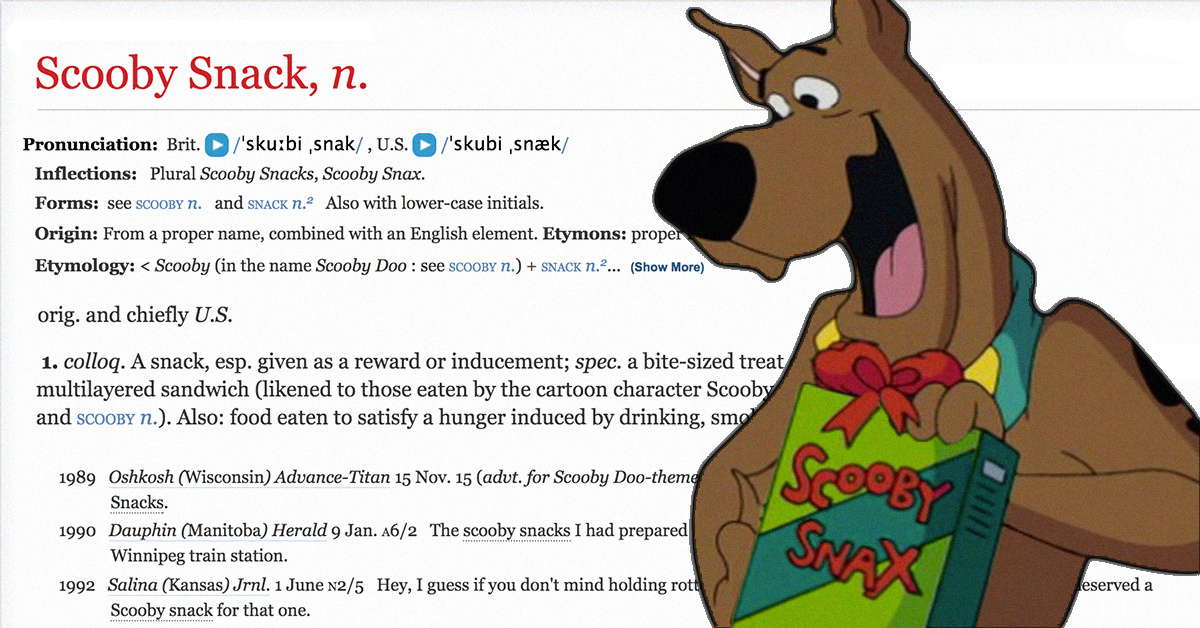 The lastest additions to the Oxford English Dictionary might have language purists proclaiming "Ruh-Roh!" The definitive reference for the English language, the OED dates back to the middle of the 19th century and its tens of thousands of pages have continually been updated since to document modern vernacular.

Recently, the OED announced the addition of more than 1,000 new terms for the month of June 2016, from "air punch" to "Yazidi."

One of the fresh terms that will undoubtedly drawn attention is "Scooby Snack," now officially defined as such:

1. colloq. A snack, esp. given as a reward or inducement; spec. a bite-sized treat or a large multilayered sandwich (likened to those eaten by the cartoon character Scooby Doo: see etymology and scooby n.). Also: food eaten to satisfy a hunger induced by drinking, smoking, or drug use.

2. slang. In pl. Any of various narcotic or illegal drugs.

For the latter, we can thank 1990s one-hit-wonder Fun Lovin' Criminals, who are now somehow part of the record of our language. Though, it should be noted that in the cartoon Scooby's treats are often spelled "Snax," as seen above.

Here are some more words and terms newly added to the OED: