It was one of the greatest songs of the 1980s. Hear the rough demo that became an epic collaboration. 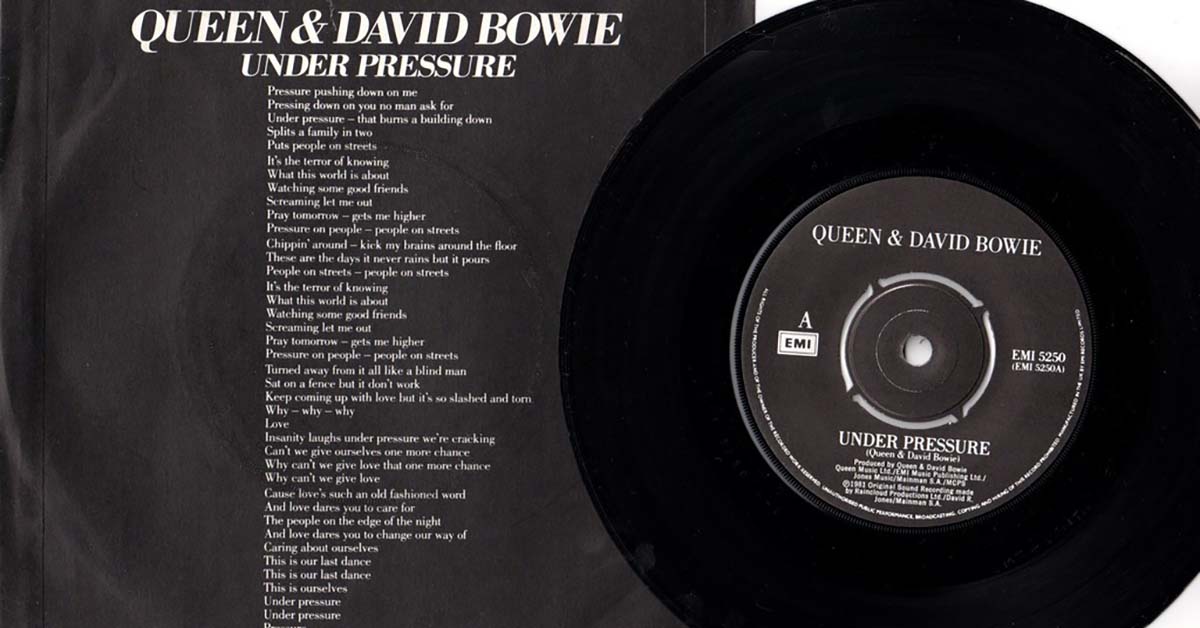 Don't let Vanilla Ice ruin this song for you. Though a quarter century of one-hit-wonderdom has passed, that unmistakable bassline still conjures memories of "Ice Ice Baby." Arg. With the birthday of "Under Pressure," we have to chance to put the right associations in your head.

In 1981, Queen was comfortably holed away in Montreaux, Switzerland, recording what would become its divisive disco opus Hot Space. David Bowie popped into the studio, where he had recently recorded his Lodger, to sing backup on the relaxed soul cut "Cool Cat." Thankfully, the team stumbled upon greater inspiration. Instead, the pop stars retooled a demo written by drummer Roger Taylor tentatively titled "Feel Like." Over the crunchy funk-rock number, Freddie Mercury had crooned, "C'mon, let's make it right… C'mon baby, wish me luck… I wanna be there, in the truck." Needless to say, it needed some work. You can, however, hear the germ of the finished product in the stabbing piano and guitar arpeggios.

Bowie added handclaps and finger snaps. The groove tightened. John Deacon laid down that stuttering bassline. Lyrically, the love song had turned into a slice of Cold War anxiety — with a dose of nonsense scat for balance. Then, of course, the whole blossoms in the bridge into an upbeat epic, with Mercury belting, "Why can't we give love one more chance?" It was nervy, it was doo-wop, it was tight, it was soaring. It never fails to excite.

To underline the time of its original release, Halloween week 1981, the "Under Pressure" music video featured clips of classic horror films like Nosferatu and Dr. Jekyll and Mr. Hyde.

That should be reason enough to throw it on your Halloween party mix. Earlier this week, Bowie announced the details of his forthcoming 25th album, to be released on his 69th birthday. For years, he did not perform "Under Pressure," perhaps out of tribute to Freddie Mercury. In the new millennium, however, it rightfully became a concert staple of his Reality Tour. Why doesn't he tour anymore? Why don't huge pop stars collaborate like this anymore?