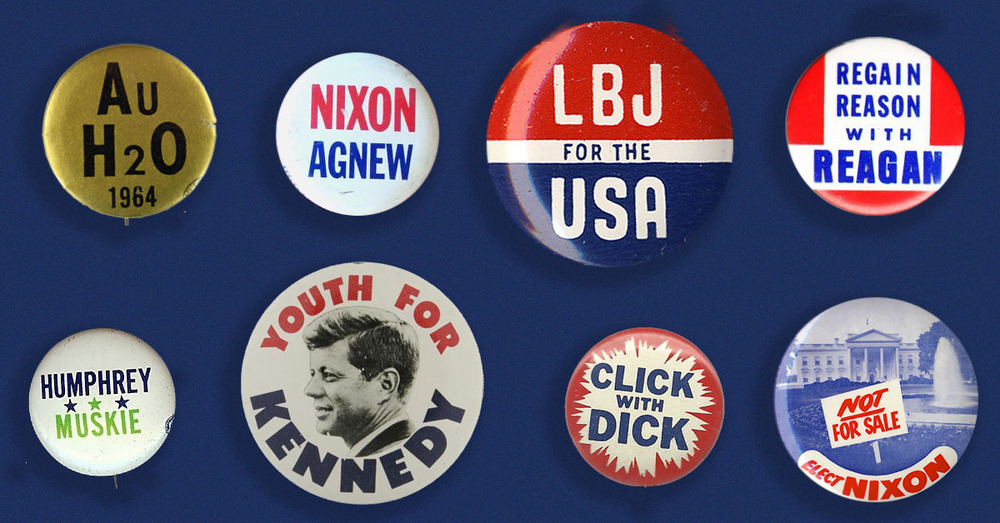 No matter where your political allegiances lie, vintage campaign buttons are fascinating collectables. For one thing, in the age of digital media, campaign buttons are less prevalent. People would "like" Ike on Facebook today. In the middle of the 20th century, the political button was fairly straightforward — a couple of names, a couple of faces. Eisenhower's catchy slogan brought campaigning into the ad age. By 1960, the era of Madison Avenue was in full swing, and buttons become more artistic, and in some cases funnier. In 1964, the Sixties were in full swing and buttons were downright fascinating, from Goldwater's fantastic pin for chemistry nerd to Beatlemania's influence.

As another election cycle begins to pick up steam, let's take a look through past races for the top office in America.