While looking over our lineup the other day, we realized that Me-TV is a veritable showroom for some of television's most interesting vehicles. Tune in at just about time of day or night and you’ll spot some sporty means of getting around, on land, sea or air. Join us now as we kick some tires. 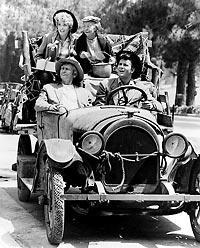 Okay, okay, say what you will about the condition of their Buick flatbed, but it’s breezy, it’s roomy, and it made it all the way to Beverly. Hills, that is. Packed to the gills and looking like one misplaced pothole would cause it to collapse into a smoking, rattling mess on the highway, their steadfast jalopy was there through thick and thin. Despite their uncountable wealth, the Clampetts never once thought of upgrading. 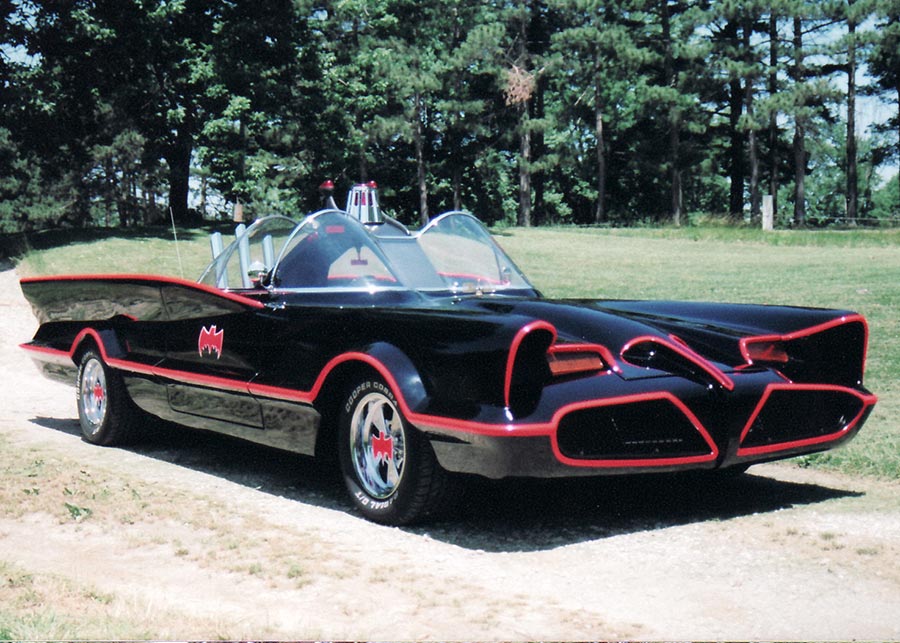 “Atomic batteries to power… turbines to speed…” Equipped with every possible crime-fighting tool and modern convenience (except a back seat…and a roof, come to think of it), one of the Batmobile’s coolest features was the flame that shot out from the center of its rear bumper, even if it was only for show. We absolutely loved our Corgi Toy Batmobile as a youngster. 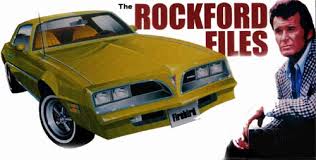 Whether he was barreling through the winding Southern California hills in hot pursuit of a lead, kicking up dust in a gravel parking lot or pulling a spine-cracking U-Turn, Jim Rockford’s gold Firebird topped the wish list of every red-blooded ‘70s-era man and boy.

The Seaview from Voyage to the Bottom of the Sea 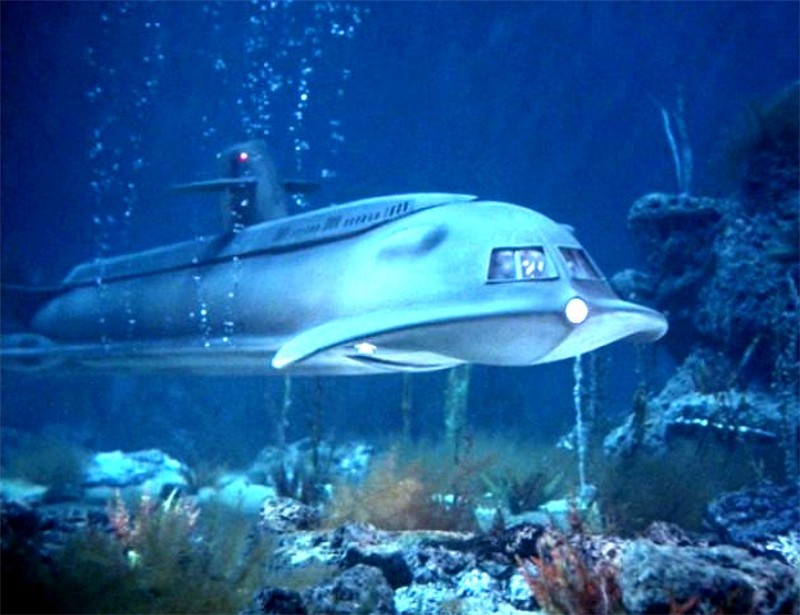 Spacious, and fairly lavish, considering it was a submarine, The Seaview prowled the depths in search of adventure, while housing the additional mini vessels, The Sea Crab and The Flying Fish, which could, you know, fly. 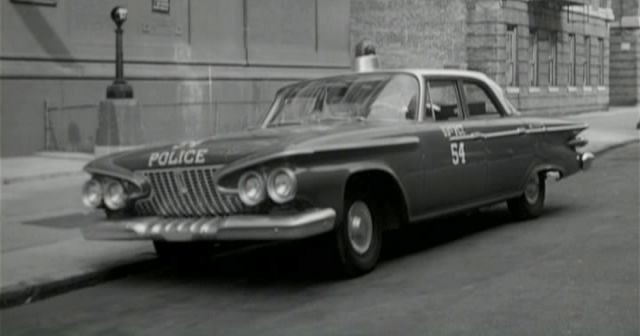 With Officers Toody and Muldoon manning this gleaming beauty through the rough streets of the Bronx, the citizens of the 53rd precinct were forever safe and sound. Somewhat. It was actually painted green to distinguish it from the real-life red cruisers (remember, the show was shot on location), both colors appearing the same on black and white television. 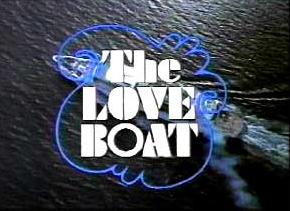 Exciting and new, the Pacific Princess promised love, comedy, umbrella drinks, shuffleboard and all the shrimp you could eat! 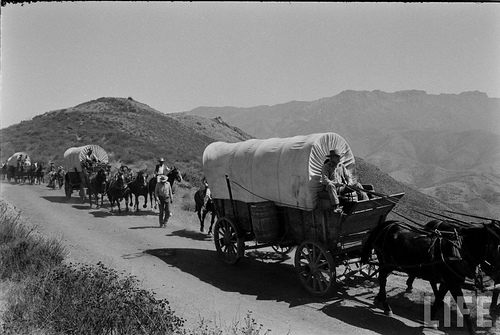 Much like The Love Boat (except dustier, a little slower moving, more susceptible to gunfights, and with more of a bean-based buffet), the Wagon Train crossed vast plains with new stars, new cargo and new adventures each week.

The Enterprise from Star Trek: 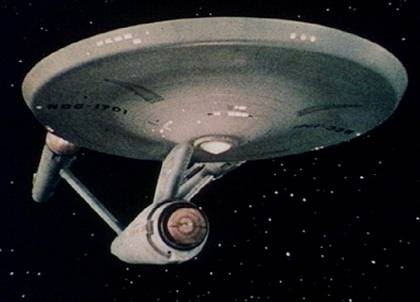 Built to explore strange new worlds, it will seek out new life forms and boldly go where no man has gone before when it is launched on its five-year mission in the year 2245. We’ll post details as they develop and hopefully get some video of the adventures they’re likely to encounter.

The Corvette convertible in Route 66: 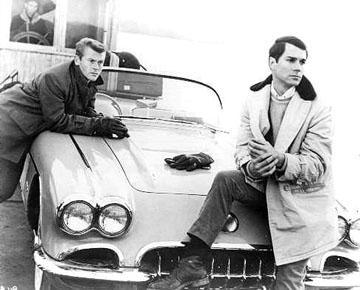 Feel like traveling the country in search of kicks with your best buddy? Well, make sure you’ve got a sweet ’60 Corvette and the kicks shouldn’t be so hard to find.

Heading to a new town to start a new life? Your early ‘70s Ford Mustang will take you there with style and confidence. But bring some warm clothes, because you are moving to the cheerful tundra known as The Twin Cities. Here's Mary pricing a new one on the showroom floor and encountering some serious sticker shock. 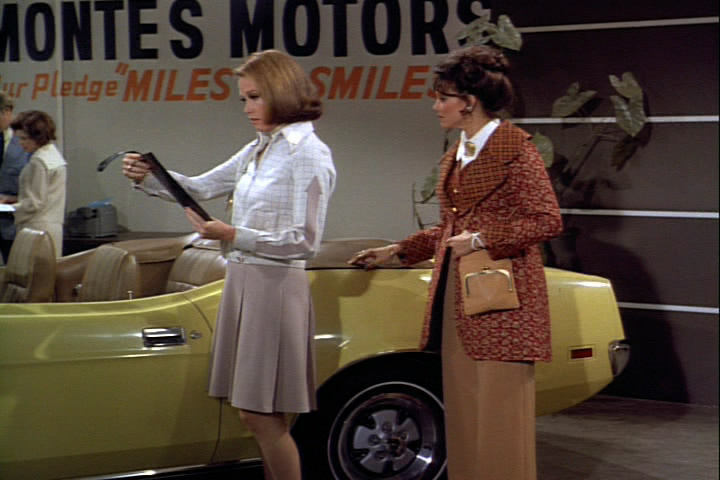 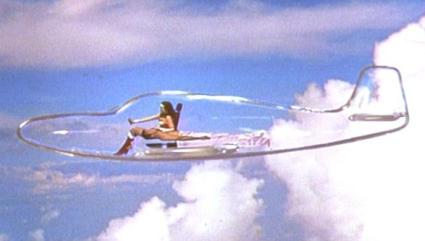 More see-through than invisible, the seldom seen (as it were) jet was crucial to the super hero, as flying was seemingly the only thing she couldn't do.

The Bamboo Car from Gilligan’s Island 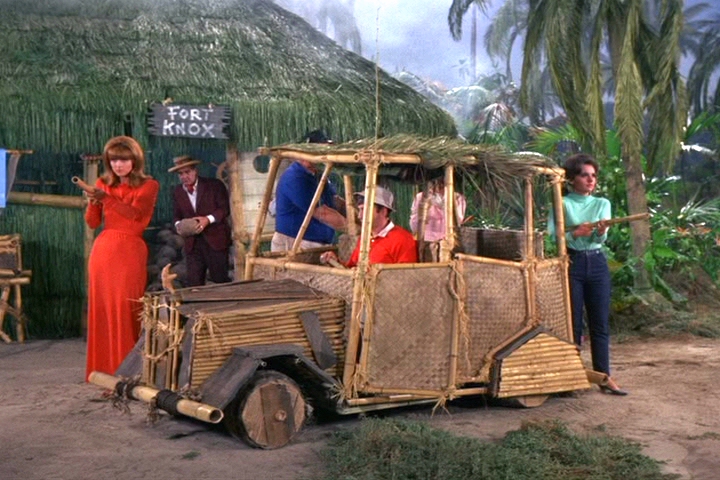 Don’t ask us how The Professor was able to fashion a functioning vehicle out of bamboo, tree stumps and thatched leaves (or why it was necessary), but somehow he did.