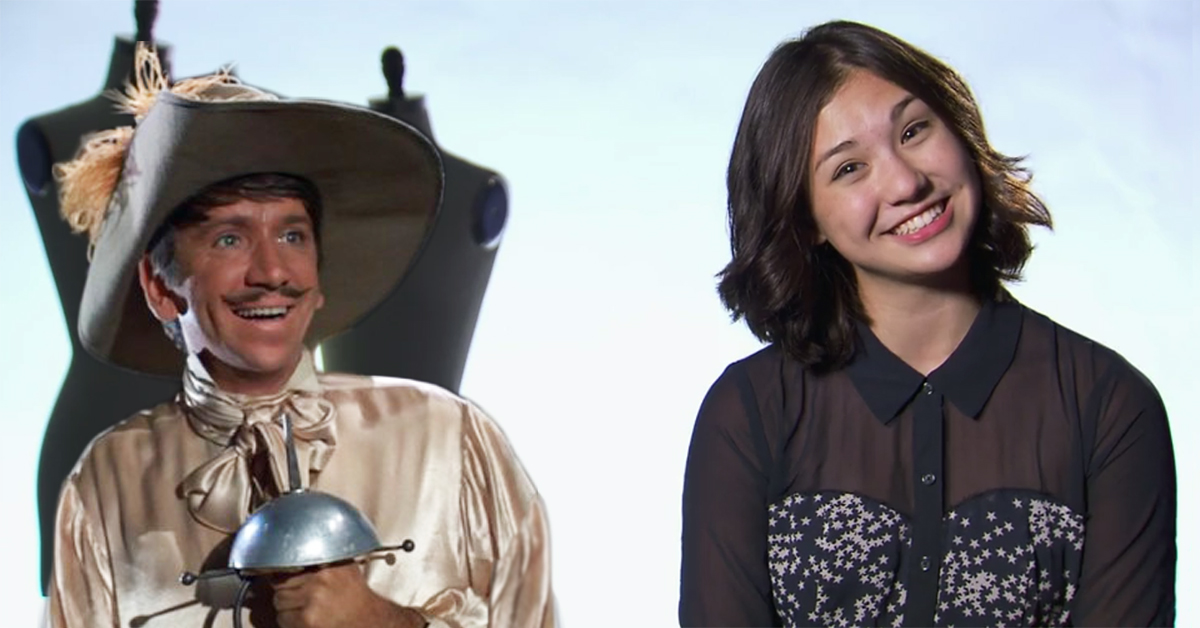 The teenage designers on Project Runway: Junior have serious skills. Frankly, we often find their work more charming and inspired than the adult stuff on the regular series. Their work and art is so impressive, it's easy to forget the contestants were born in the 21st century. Well, until a 50-year-old pop culture reference flies over their head.

In the recent second episode of the Lifetime series, beloved sartorial expert Tim Gunn enters the workroom during an unconventional materials challenge. The young designers have been asked to turn pool toys and floats into clothing.

"Look at this room! Good heavens," Gunn proclaims. "I feel like Beach Blanket Bingo meets Gilligan's Island." Name dropping a movie from 1965 and a TV show from 1964 leads to confused stares from the kids.

"I know Gilligan's Island is a book," 16-year-old Izzy says, perhaps confusing it with a ripping Robert Louis Stevenson adventure. "What that book is about, I am not so sure…. Maybe some pirates on an island?"

"I don't know what that stuff is," confesses another. You can watch the episode here; the clip is at the 5-minute mark.

This is not the first time Project Runway: Junior contestants have failed to understand Tin Gunn's Gilligan references. In the prior season, the sharp-dressed mentor tells Ysabel that her look is "a bit Gilligan’s Island." She takes it as a compliment, assuming the location is a “classy, chic island.”

To be fair to Izzy, in the third season episode "Court Martial," Gilligan has a dream sequence involving pirates. And there have been many books about the show written by the cast and creator.

The Project Runway kids should tune in to MeTV on Sundays at 2PM | 1C. We think they'd really get a kick out of Gilligan's Island, not to mention some fashion inspiration from Ginger, if not Gilligan himself.