So you did The Trouble With Harry, then what else did you do before Leave It To Beaver?

I worked all the time, and Leave It To Beaver was just another interview that I went on. But since they were looking for so many characters, they had about five thousand people on the interview, in New York, Chicago and Los Angeles. The call said they were looking for two brothers and friends. So they got everyone from the age of seven up, because at age seven you were allowed to work an eight hour day. So the interview went on and on and they say, “Okay, you two look like brothers, stand over there,” and then you’d go back several days later.

It went on for several weeks like that, and they were down to the last few people, but I had just joined the Cub Scouts. The first meeting was after school on a certain day, and my mom when I got home from school said, “Good news, Jerry. We got called back for that series.” I told her I couldn’t go because I had my Cub Scout meeting that day, but she told me it wasn’t going to be like all the other auditions because it was down to just a few people. She said, “We can go there, do the interview and then you can go back to your meeting.” I thought that was okay as long as I was on time, because I always like to be on time.

There were about six others there, and I was the last one. The producers knew me fairly well by that time and they could tell that I was getting antsy. I walked in and they said, “Jerry, what’s the matter? It looks like you don’t want to be here.” I said, “I don’t. I have a Cub Scout meeting.” And they said, “Okay, you can go.”

So, all the other people had been in there for ten or fifteen minutes, though it seemed like hours to me, but I walked right in and walked right out. My mom asked what happened and I told that they asked me if I wanted to be there and I said no, that I wanted to go to a Cub Scout meeting. That’s probably not the best thing to tell them, but that was the truth!

Well, they called that night and said I had the job of The Beaver, because they’d rather have a kid that would want to go to a Cub Scout meeting than be an actor. So that’s how I got the job!

Do you have any memories of the first time you walked on the set, or met Tony, Hugh and Barbara?

Well, I met them all at different times. Hugh and Tony were not in the original pilot, and they didn’t come into the picture until afterwards. The pilot was called “It’s a Small World” and featured a different brother and father.

But honestly I don’t remember, because I was working on so many different shows and I was meeting new people all the time. So I remember working with them the first year, but I don’t remember walking in and meeting them for the first time. The original Wally was, like, 5’ 7” when we did the pilot, but he grew to about 6’5”, and he was almost as big as Hugh, and that’s when they went back and found Tony. Tony had only worked on one other pilot at that time and that was a Tarzan pilot, because his parents had been training him to become an Olympic gymnast since he was two years old. He was also a swimmer and diver, so he could make a big dive into a fake river  and things like that. So they brought him in, and he was so athletic that I used to get a complex. Tony could take four steps and do a front flip and land on his feet, and I thought all people could do that and that I was just odd, because there was no way I could do that! 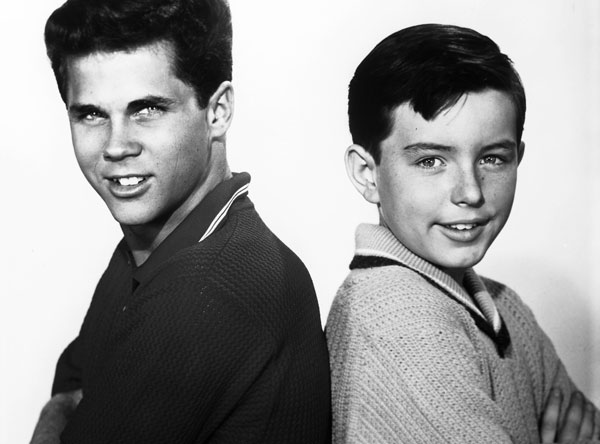 So, let’s talk about Tony. What was it like working with him? What’s your relationship?

We’re very good friends. We spent a lot of time together, but he was in high school and I was in grade school, so we had separate teachers so I wasn’t in school with him. I’d work with him all day, then we’d go home to our families. We actually became much closer as adults, because in the ‘80s we toured together for 18 months in a play called “So Long, Stanley” and spent a lot more quality time together. Then we went on to do The New Leave It To Beaver because that play was so popular. That’s when we really became friends – it wasn’t that we weren’t friends before, but it’s just that we both had friends our own age back then.

What about your relationship with Hugh?

Hugh was a very nice man, a Methodist minister. His most famous character before Leave It To Beaver was Michael Shayne, who was a very tough, hard-drinking and smoking private eye who would pound people against the wall to get a confession! But when Hugh was ordained as a minister he wasn’t married, and so he took on a very poor congregation. When he got married and started his family, he needed to make some extra money because his congregation could barely support a minister, and so that’s when he became an actor. But the four films he did as the Michael Shayne character, I’m not sure that that was anything a minister would want to be remembered for! So when he did Leave It To Beaver, I think he was happier in that role, and happier that was where his fame came from.

Barbara was a New York fashion model, and a very, very nice lady. She was also on the pilot and I knew her very well. She was as gracious and elegant as you could possibly imagine, and basically a socialite but one who was very generous with her time and money. She probably donated hundreds of thousands of dollars to a number of different charities, and was just a wonderful woman and a real plus to this community out here while she was with us.

Wow, well we love her even more now, knowing that! Tell us about Ken Osmond.

Ken was not the original Eddie Haskell, but he came in and was the nicest guy you’d ever want to meet, nothing at all like Eddie Haskell! He went on to become a Los Angeles police officer. In fact, he was so skinny that he had to drink malts and eat ice cream for, like, three weeks, in order to meet the minimum weight requirement for the police department! He’s about 5’10”, but just as skinny as a rail.

He got on the force and went immediately into the motorcycle division, and I don’t know if you’re aware of this, but the motorcycles are the first on the scene. So he was in a detail in L.A., where it was so rough, he said he saw at least one or two bodies a night. He was down there for a long, long time and he was chasing a taxi cab that had just been stolen, and the guy ducked down the alley and ducked around a corner, and Kenny said he was in the heat of a pursuit and came around the corner where the guy was waiting with a pistol and shot Kenny. He was wearing his flak vest, fortunately, but he was still injured. At that point he was about four or five years from retiring and the department offered him a desk job, so he could get his full retirement and pension, but he said he was a street cop and that they might as well retire him on the spot. And that’s what happened. He and his wife live on a ranch with horses, and he’s a very happy fellow!

In our next and final installment, we’ll find out what Jerry is up to these days and how he is helping people live with diabetes. 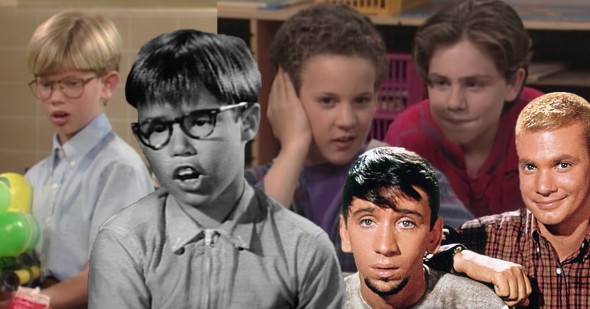 NOSTALGIA
'Boy Meets World' was TGIF's original blend of these 6 classic sitcoms
Are you sure you want to delete this comment?
Close