In defense of Cousin Oliver on 'The Brady Bunch'

Robbie Rist deserves a lot more credit than we give him. 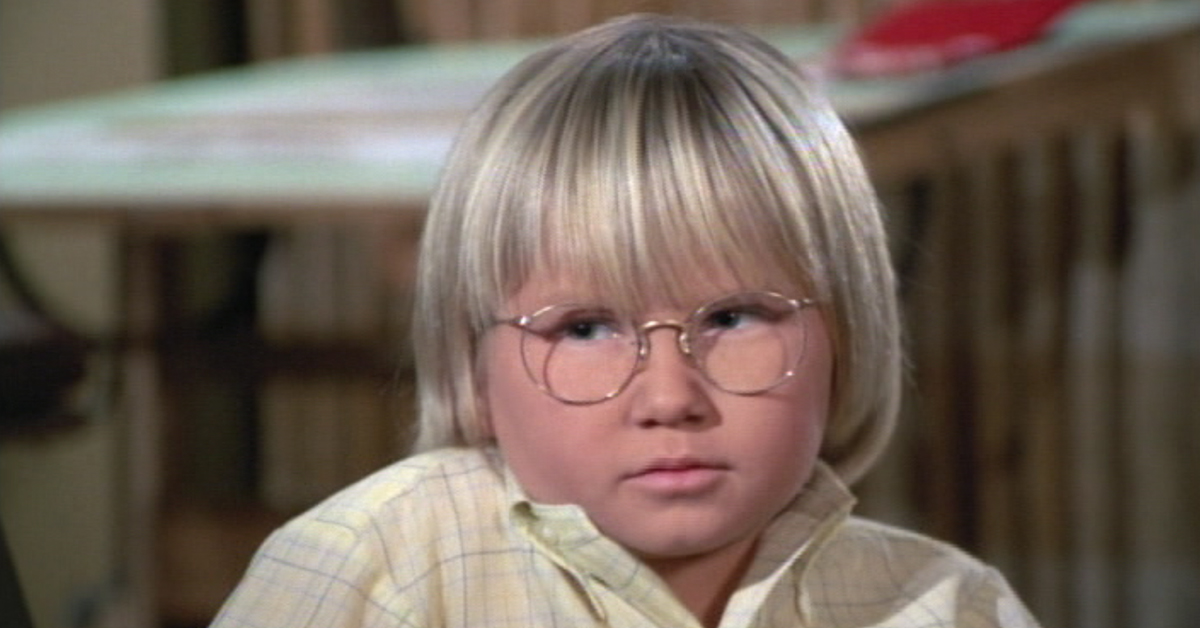 There are certain actors throughout television history that will live in infamy. A prime example is Ted McGinley, who's (unfairly) accused of killing off every show in which he appears.

Just because a character or actor is reviled, doesn't mean it's fair. Case in point: Cousin Oliver on The Brady Bunch.The sitcom introduces the four-eyed cousin during the tail end of the fifth and final season, producing no memorable moments and barely changing the plot or direction of the series.

So why does a character with so little screen time receive so much hatred? We think it's misguided.

The Brady Bunch has plenty of classic moments during the show's first four seasons. People still quote Marcia whaling about her broken nose and Carol's warning not to play ball in the house.

But by the sitcom's fifth season, those moments had dried up. The lackluster season repeats storylines, becomes more unrealistic and even includes a failed backdoor pilot where the Brady's neighbor adopts three children.

It could be fans take out their frustration on the uninspiring season by focusing one something tangible. In this case, it's Cousin Oliver.

People bemoan the character's inclusion by saying it's unnecessary and frivolous, but the producers and writers didn't really have a choice.

After five seasons about stories of growth and development, the show needed a shake up. The kids were growing older, with Cindy and Bobby reaching the age that Jan and Peter had been during the show's first season. The audience had become used to each kid's antics. An unfamiliar face could have helped the program.

The sitcom's ratings also forced a change. Despite being massively popular now, The Brady Bunch never ranked in the Top 40 of the Nielsen ratings. To avoid cancellation, something needed to change. 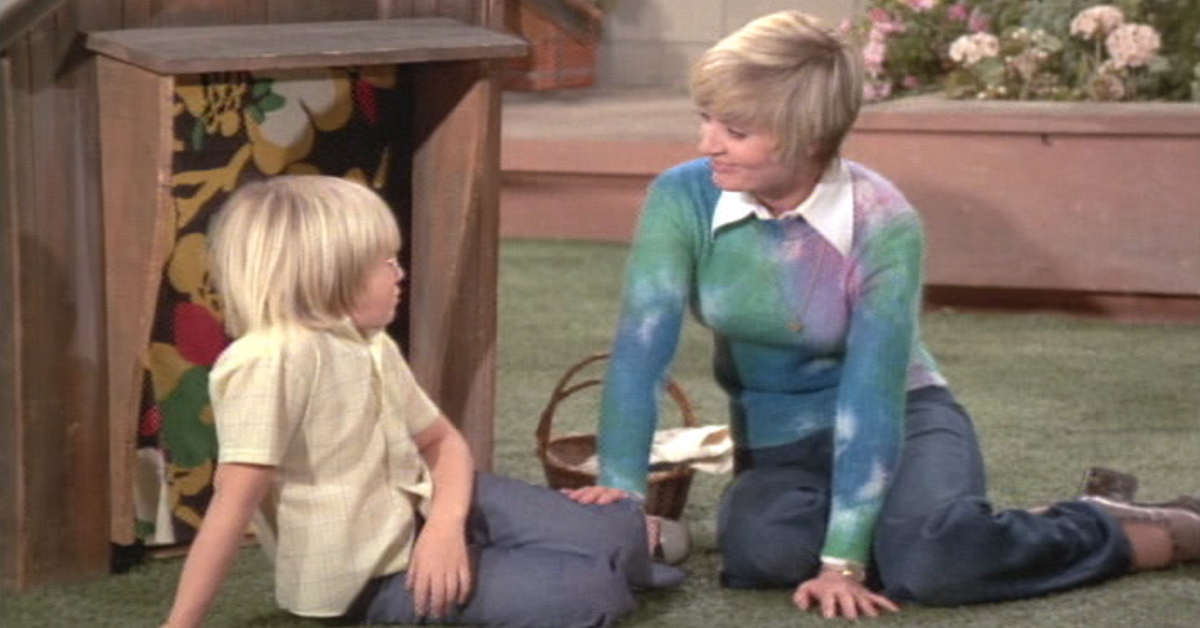 So, 111 episodes into the series, Oliver came to live with the family and — according to some people — ruin the show.

"Welcome Aboard" serves as Oliver's introduction, with the kids thinking Carol is pregnant after overhearing her conversation with Mike about "an addition to the family."

The episode doesn't necessarily present Oliver in the best light. He tries to help out around the house, but only causes more chaos. Dismayed, Oliver declares himself a jinx. The situation eventually gets patched up with the family, but not with viewers.

Oliver isn't nearly as bad as people think, and that's thanks to Robbie Rist. The child actor is cute, curious and a little clumsy at times — a lively addition to a cast of incredibly seasoned child actors.

If anyone is to blame for Oliver's part on the show, it's the writers. They underestimated Rist's talents and made the character into a caricature. After all, the six main Brady children are never written to be stupid, they're depicted as children learning lessons from challenging experiences.

It's a shame Oliver didn't receive the same treatment.

Unfortunately, Cousin Oliver served as a jinx on Rist's career. Although the actor went on to guest star in dozens of television shows, Rist couldn't escape the baggage of The Brady Bunch.

It may not be a coincidence, then, that Rist transitioned to a successful voice-acting career in the 1990s.

There are no hard feelinga towards the show that made him famous. The voice actor (and musician) says he keeps in touch a little bit with everyone from the show, and he's particularly close with Susan Olsen, who played Cindy.

"I'm lucky because I knew what I wanted to do when I was a kid," Rist told OWN in 2016. "How is it possible that I was right? Because my choice before actor was fireman on the moon." 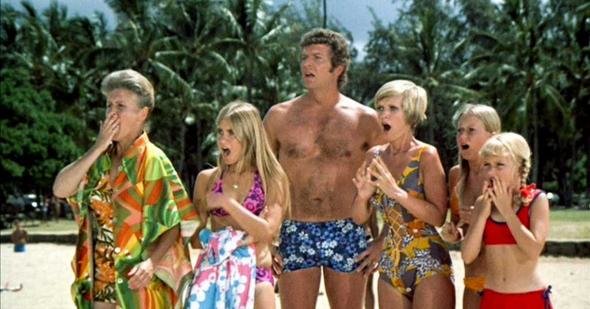 trivianostalgia1970s
Do you remember what kind of bad luck the tiki idol brought to the Bradys? 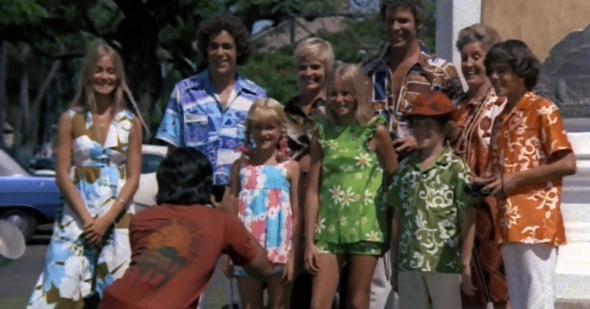 nostalgia1970s
The Brady Bunch played this sneaky trick on 500 fans while filming in Hawaii
Are you sure you want to delete this comment?
Close

WesRobertWard 6 months ago
I looked up Robbie Rist on Wikipedia out of curiosity and remember seeing him in a few things other than playing Cousin Oliver on the Brady Bunch. Guess what, Robbie... we share the same birth date April 4th, but I was born in 1977 and you were born in 1964. 😀
Like (1) Reply Delete

WixomTFrog 20 months ago
I hated the Brady Bunch UNTIL they added Cousin Oliver. He rocks and anyone who says otherwise can rot in HeII for all I care. 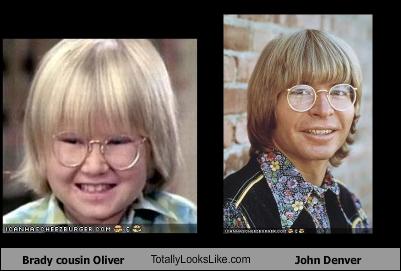 WesRobertWard JohnBates 6 months ago
John Denver should have done a little duet with the little look-a-like it would have been cute to see. 😀
Like (1) Reply Delete

HerbF 29 months ago
In all fairness, ABC has already planed to canceled the series BEFORE Sherwood made this last-ditched in adding the character in an effort to freshen the show to get a reprieve.
Like Reply Delete