The creator defends the infamous moment that changed television. 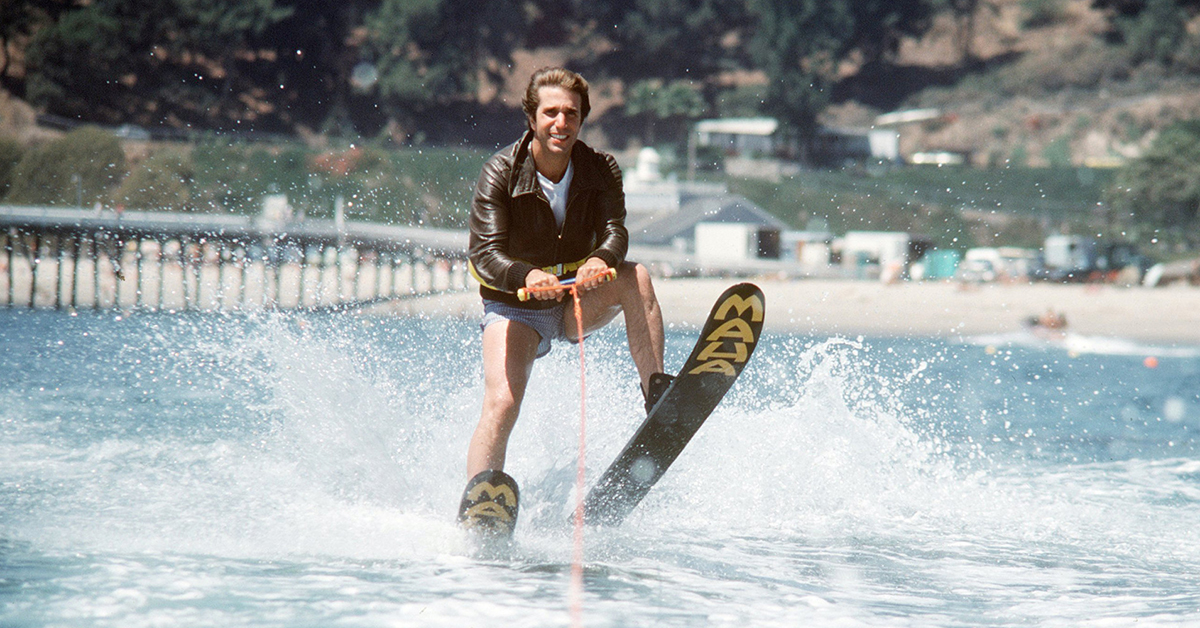 It went down in history as one of the biggest moments in television history, but not necessarily for the right reasons. On September 20, 1977, Happy Days' Arthur Fonzarelli fearlessly strapped on his skis, cruised across the water and effortlessly jumped over a tiger shark.

It wasn't that big of a deal at the time, just an innocently fun moment to kick off the fifth season of the wildly popular sitcom. But decades later, the incident has taken on a life of its own, and "jumping the shark" has become the phrase to describe the exact moment when a show starts to go downhill or lose its original appeal.

You would think such an incident would weigh heavily on the person behind it. But in a recent interview with The Guardian, Happy Days creator Garry Marshall shrugs it off:

We figured, well, Fonzie's gotta jump over something. What do we got? We can't have him jump over cars, so... how about a shark? Sharks were big then! It was after 'Jaws,' c'mon!

Despite all the criticism the gimmick receives nowadays, it did little to hurt the show in the long run. Happy Days had a successful run for six more seasons after Fonzie jumped the shark, making it 11 in total. That's not to mention the two hit spinoffs spawned from the Cunningham household, Laverne & Shirley and Mork & Mindy.

In fact, Marshall seems like he's proud such a small moment from Happy Days created such a lasting impression:

That phrase really took on a life of its own; it gets used in a political context, about ideas and products, and in every field it's applicatble — all from Fonzie!

Judging the success of Marshall's career after Happy Days, we're pretty sure there are no hard feelings about the day Fonzie took a bet to jump over a tiger shark in California.

See Also: ABBA performs for the first time in 30 years

Kelley1 13 months ago
I liked the show pretty well (but nowhere near as well as my peers did) until that episode. Even then I knew leather and water don't mix; if you care about it you won't wear it while swimming. I stopped watching after this episode -and I don't believe I even finished watching that- because of how implausible and stupid it was. They began trying too hard about that time, too. The stories began to be stiff and overdone, and they stepped over the line on live action cartoon. I still can't take in that some kids in my school actually thought Fonzie was a real person! But they also thought the Dukes of Hazzard were real, and every time they heard that horn, the Dukes were driving by (forget we were nowhere near Kentucky, Hazzard Co.'s true location).
Like Reply Delete

RkBke 16 months ago
and i am the one that really coined it even thought someone else gets the credit...
Like Reply Delete