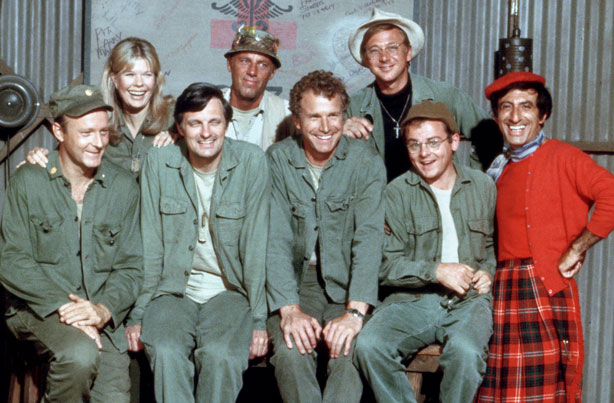 Were you there in 1983, parked in front of the TV, possibly in fatigues or army drab, maybe with a cockeyed fishing cap atop your head, drinking a SWAMP-approved martini, cracking open a tin of SPAM, and maybe even shedding a tear or two? If so, you were part of the majority. In fact, you were part of television history. The two and a half hour M*A*S*H series finale, entitled Goodbye, Farewell and Amen, drew an estimated 105.9 million viewers (60.2% of households) around the globe; by its tenth season the show had grown into a worldwide phenomenon. In fact, the show’s impact literally and geographically could not have reached any farther – check out this promo from Australia:
In November of 1980, viewers of Dallas, after grueling months of speculation, cliffhanging, and bandying theories about, finally learned who the culprit was that pumped nasty old J.R. Ewing full of hot lead (it was Colonel Mustard in the library, as it turns out). Some figures indicate that viewership of Who Done It (the episode’s title) was upwards of 90 million, placing it firmly on top of the list of most watched TV episode in U.S. history. And there is stayed until 1983.
Goodbye, Farewell and Amen was directed by the series’ star Alan Alda, who was also one of the team of writers that scripted the finale. In it, the Korean War was at long last drawing to a close (media types and late night comedians couldn’t help but observe that the series ran a decade; more than three times longer than the war itself) and the crew of the 4077 were preparing for re-entry stateside. 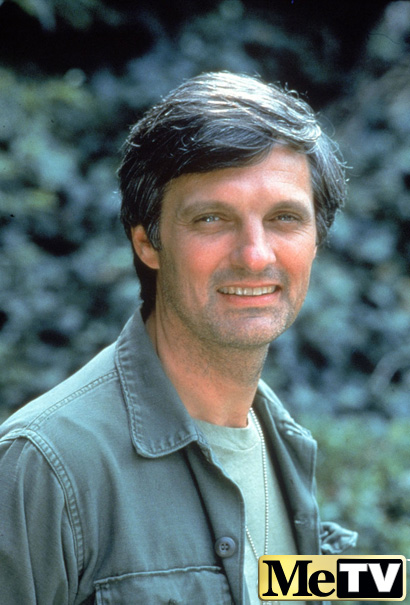 Alda’s Hawkeye Pierce, however, was trying to hold on to his last shreds of sanity. Years of witnessing unthinkable bloodshed and keeping darkness at bay with wisecracks, dry martinis and the solace of nurses, finally take their toll on Pierce and he suffers a breakdown. It’s gripping stuff, and he fights his way back, reconstructing a terrible series of recent events with the help of the recurring Dr. Sidney Freedman.
As the camp says its goodbyes during one final party, it’s quite clear that the emotion conveyed by these actors is real as it gets, onscreen or off – the cast is not only reading their lines, but they’re closing up shop after an incredible, history-making television run. You’re looking at family here, and it’s hard not to be overcome with a similar waves of emotion.
Should this potent and poignant slice of television history ever make it to the Me-TV schedule, believe us, there will be no small amount of fanfare. 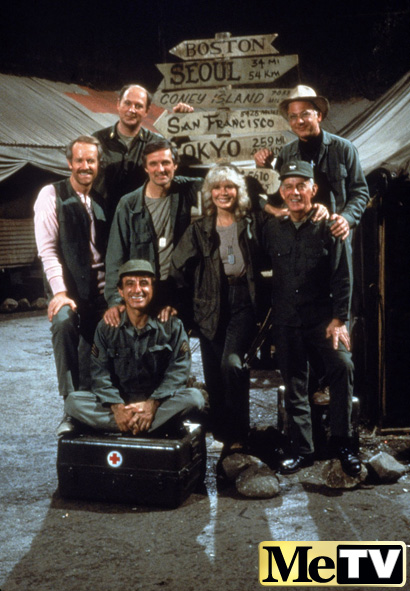