Where To Watch Shop Store Contact
Home / Stories / Do you remember these Saturday morning TV shows from 1955?
nostalgia

Do you remember these Saturday morning TV shows from 1955? 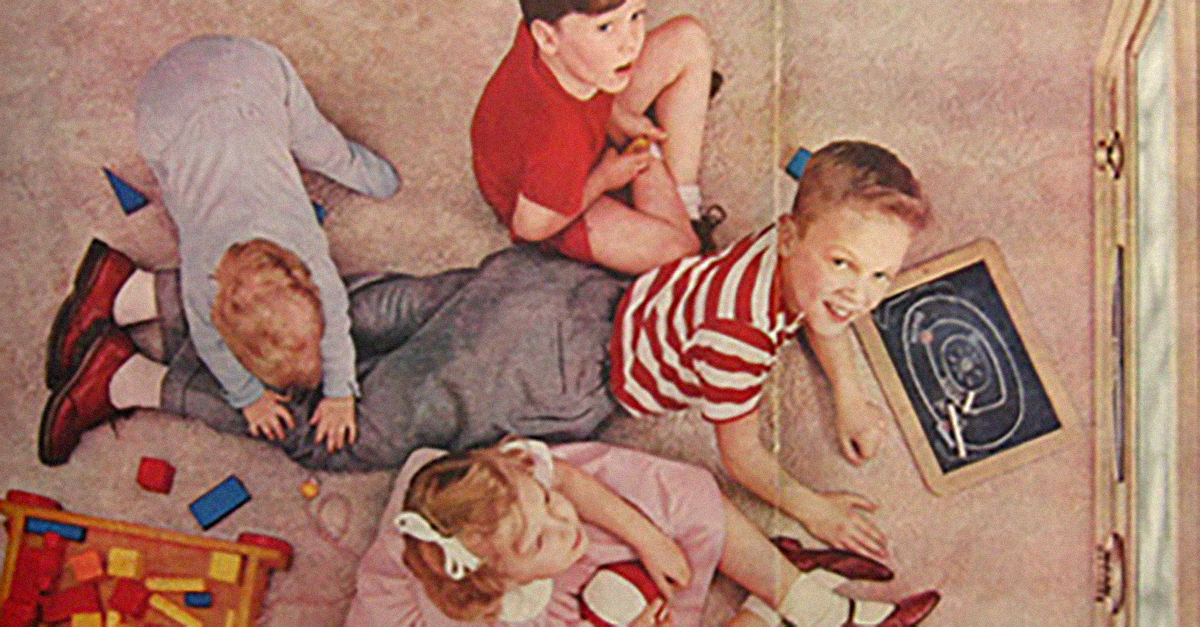 Saturday mornings aren't the same without cartoons on the major television networks. Starting the weekend with some animation and cereal was a staple of our youth. We could debate for hours over the greatest lineup of all time — was it 1966, 1975, or the early '80s? But there was also a time before cartoons. Namely, the 1950s.

Recently, as we were putting together a collection of funny vintage advertisements, we came across a nifty advertisement for NBC's 1955 Saturday morning children's programming. It reassured families that TV was good for kids.

"Mom says it's OK!" the copy proclaimed. Here it is. We enlarged the fine print of the sidebar, which runs down the schedule. 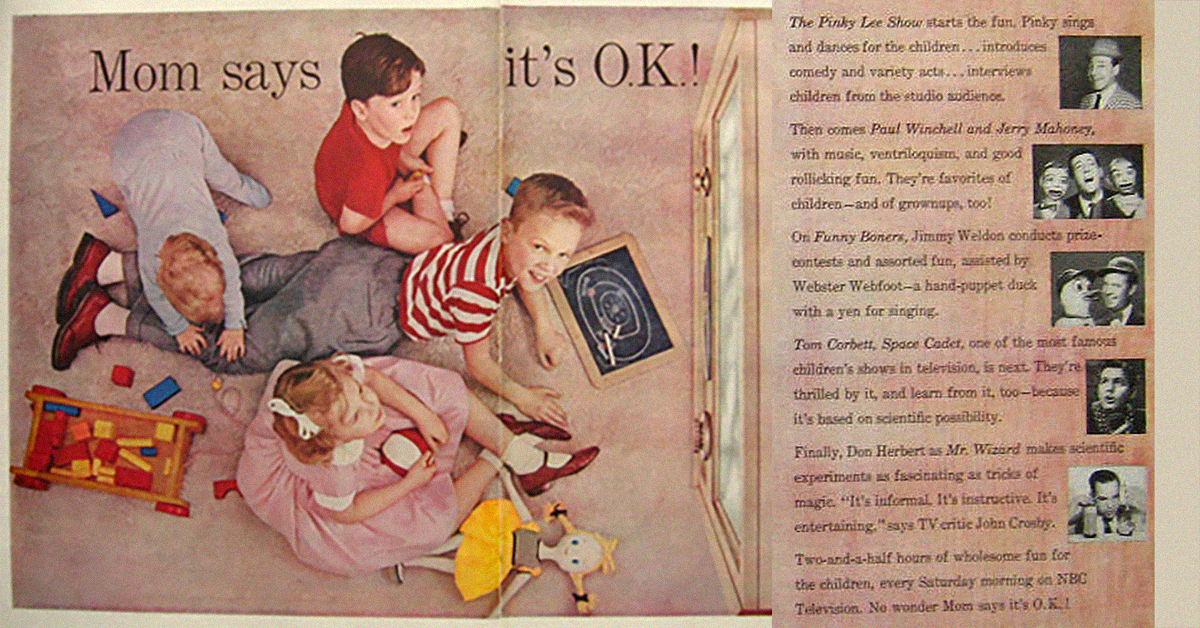 Let's take a closer look at the shows.

First up was The Pinky Lee Show. "Yoo Hoo, It's Me!" the slapstick comic would proclaim to begin his show. But it was Tootsie Roll, not Yoo-hoo that sponsored the series. That year, Lee collapsed on camera in a dark episode that saw the crowd continue to cheer as the performer writhed on stage in agony. He left the show, and an urban legend spread that he was institutionalized. (Not true.)

Phew. On a lighter note, next up was Paul Winchell and Jerry Mahoney. The former was a ventriloquist, the latter, his dummy. There was another puppet named Knucklehead Smiff, as well as a game segment called "What's My Name?" in which the audience tried to guess the identity of a celebrity.

Funny Boners followed, a vehicle for another legendary ventriloquist, Jimmy Weldon. He had his duck puppet Webster Webfoot. Later, he would go on to voice cartoon characters like Yakky Doodle and Solomon Grundy for Hanna-Barbera.

A dose of vintage sci-fi came next with the adventures of Tom Corbett, Space Cadet. The space-age hero appeared in comic strips and pulp novels, too. Fans could cut out cardboard Tom Corbett rayguns from boxes of Kellogg's Pep Cereal. The series has the rare distinction of having aired on all four networks of the era — NBC, CBS, ABC and DuMont.

Finally, the morning wrapped up with some dazzling lab experiments from Mr. Wizard, the forerunner of TV scientists such as Bill Nye and Beakman. Don Herbert, alias Mr. Wizard, is familiar to generations of Americans, as his educational show remained on television until 1990.

Did you watch any of these series or performers growing up?