Where To Watch Shop Store Contact
Home / Stories / Can you name this actor?

Can you name this actor? 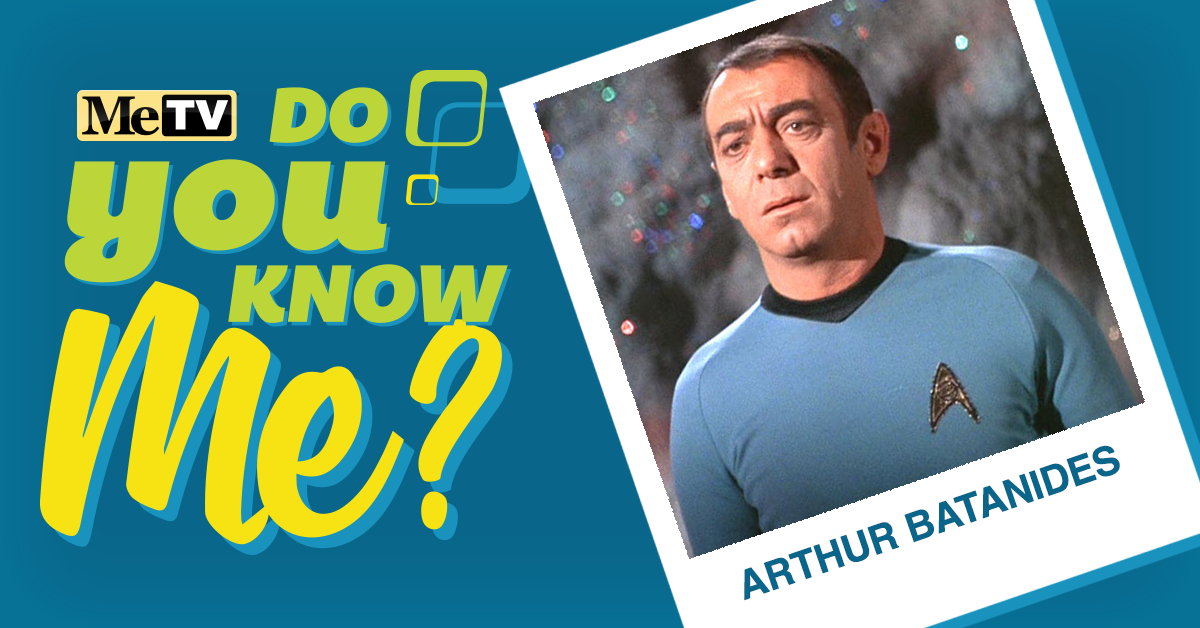 On MeTV, there are iconic stars — and there are those lesser known working actors who appeared on several series. This is a tribute to the bit players.
Born in Tacoma, Washington, in 1923, Arthur Batanides caught the acting bug while serving in World War II. He would deliver stand-up routines for his fellow GIs. Afterward, he studied acting in L.A. and found steady work for decades as an all-purpose man, both good and bad.
On Andy Griffith, he played a crook who ties up Barney. Don't worry, he was eventually thwarted by Barney's bloodhound. On Star Trek, he was a Blue Shirt geologist in the classic episode "That Which Survives."
He would often turn up on shows as different characters. On Gomer Pyle alone he portrayed four different people, "Ziggy," "Bronson," "Fugitive" and "Jo-Jo." Ditto for Happy Days. Then again, on Mission: Impossible he was six different characters.
Later, Batanides found work in a handful of Police Academy sequels, playing the father-in-law of Tackleberry.
Keep an eye out for Batanides on MeTV. You never know when he might pop up!