Check out this awesome illustration of the 1965 fall TV season

Many things have changed in television over the last half century. There are no longer shows like the Bell Telephone Hour broadcasting classical music performances into households. Everything is now color. Cowboys have given way to superheroes. DVRs have replaced V-Holds. And no network promotes its lineup with beautiful comic art like the spread from TV Guide below.
The special Fall Preview issue of TV Guide hit homes and newsstands in early September 1965. Jack Davis, who helped pioneer the style of Mad magazine upon its launch in 1952, created a seven page ad showing off NBC's fall lineup — and what a lineup it was. The week is loaded with MeTV classics like Bonanza, The Man from U.N.C.L.E., Daniel Boone and Get Smart!
Check out the pages below. Keep your eyes peeled for Napoleon Solo holding his trademark gun and a scuba diver sneaking up behind 99. 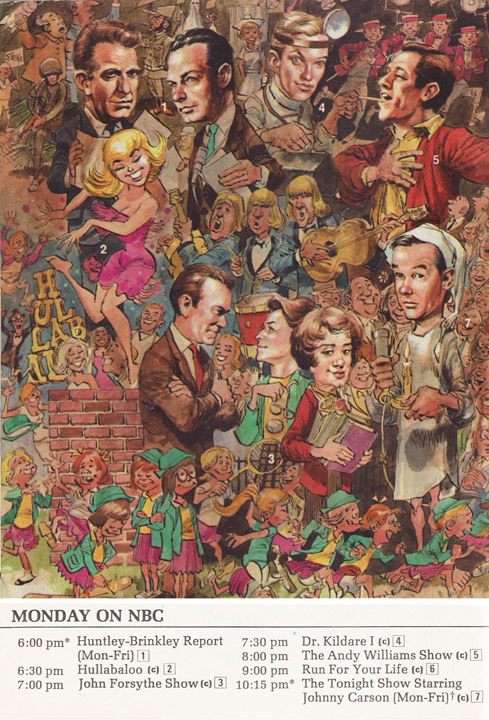 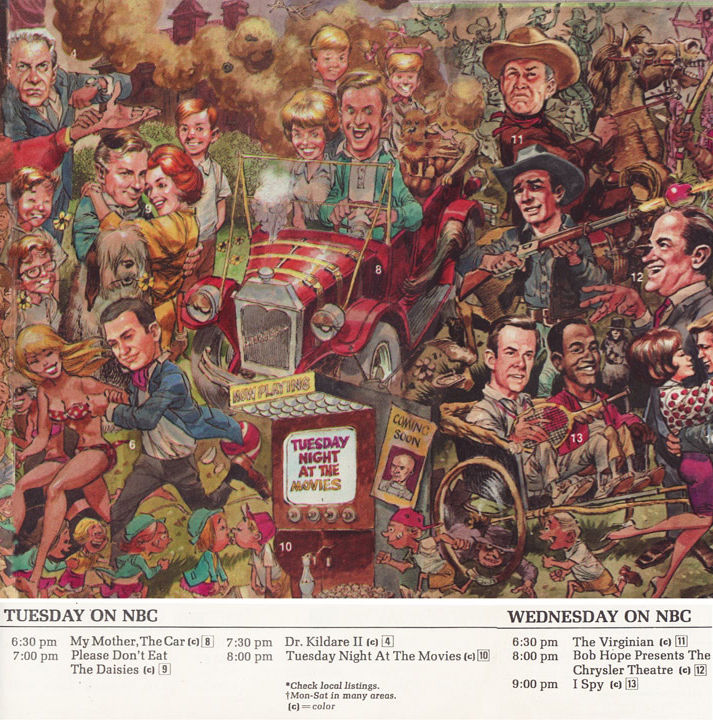 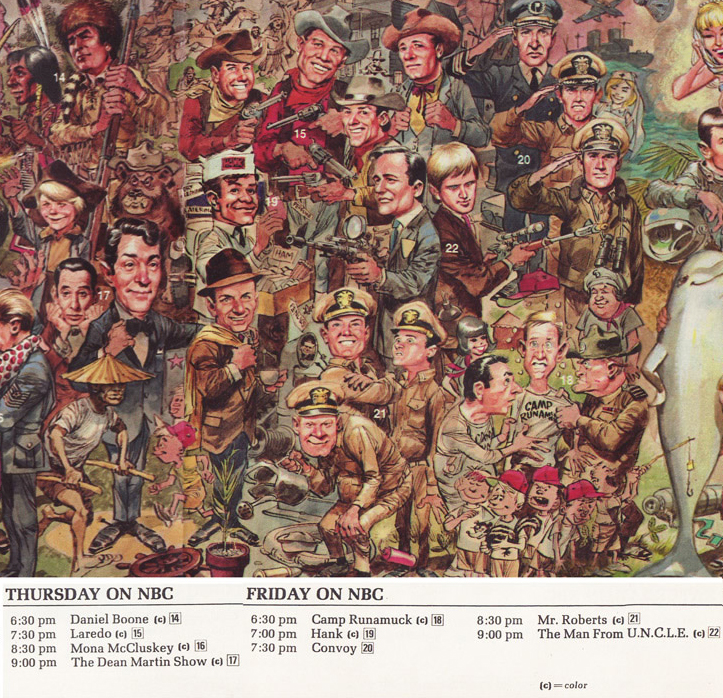 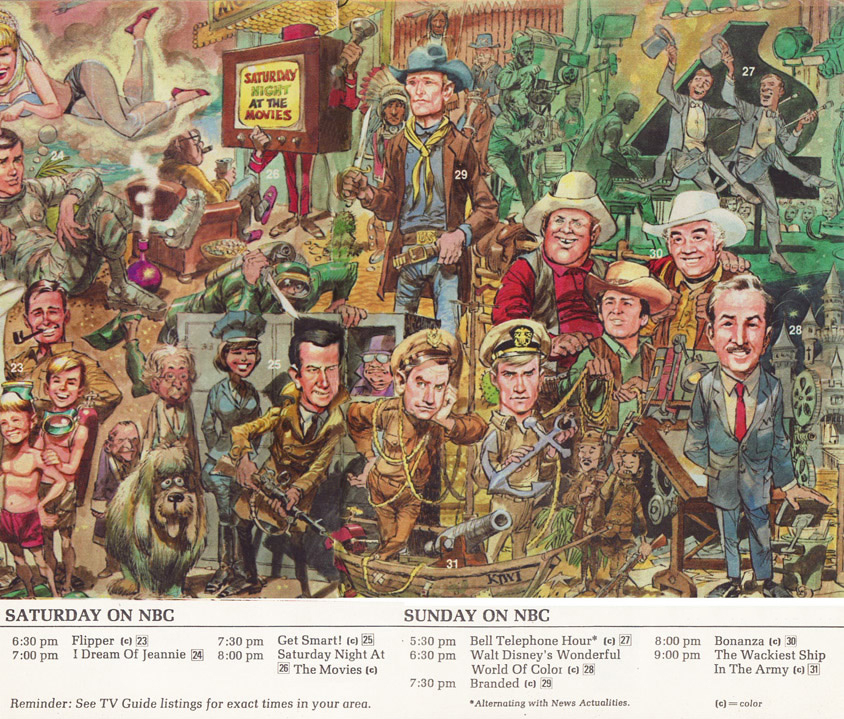 Pacificsun 14 months ago
This is so cool! How we miss the MeTV rerun lineup of 2015! Outstanding! Love the artwork!
Like Reply Delete