This actress appears in eight MeTV series. Can you name her? 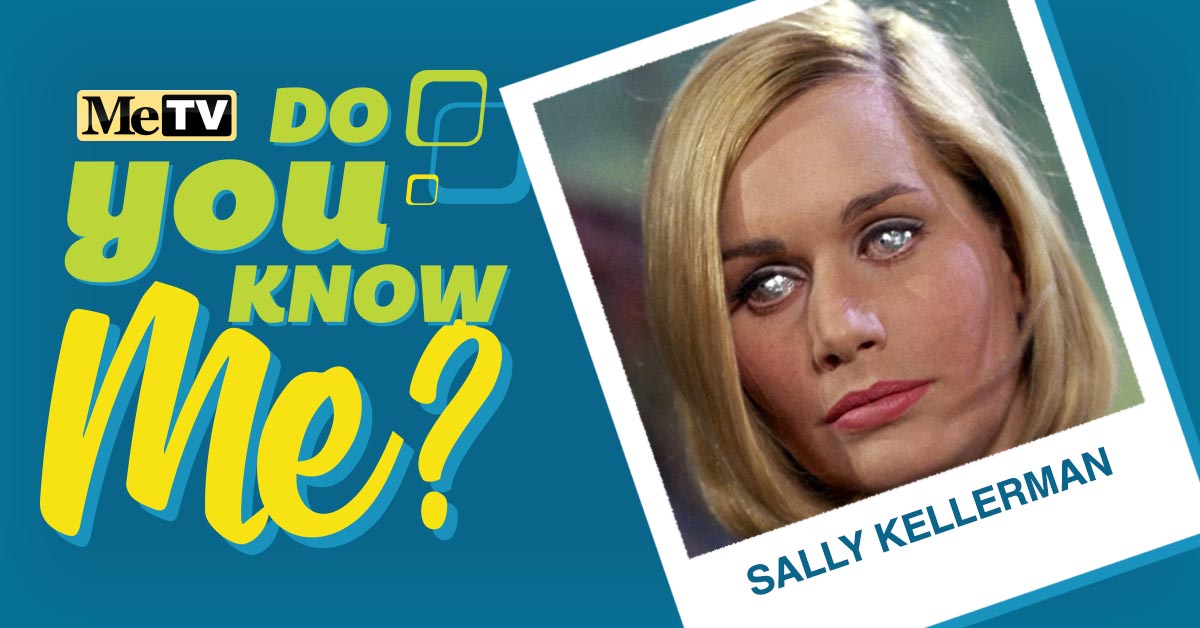 That's right! It's the original Major Margaret Houlihan of the 4077th Mobile Army Surgical Hospital!
Of course, Kellerman would only play "Hot Lips" in the 1970 Robert Altman film. M*A*S*H is one of the rare MeTV shows that Kellerman did not appear on.
The Californian attended Hollywood High School, where she sent a demo to jazz giant Verve Records. The 18-year-old singer scored a contract, but backed out of it. She studied acting instead. Her first television role came on Bachelor Farmer, in 1960. A few years later, she was on The Twilight Zone. Stints on The Many Loves of Dobie Gillis, My Three Sons, The Alfred Hitchcock Hour, Star Trek, That Girl, Hawaii Five-O, and Bonanza followed! She played the psychiatrist of the U.S.S. Enterprise on the second pilot episode of Star Trek — the one that actually made it to the air in the 1960s. (That's what's pictured above.)
Check out some clips of her appearances. And keep your eyes peeled for Kellerman!