The most clever presidential campaign buttons from the last 60 years

Presidential candidates can have some fun, too. 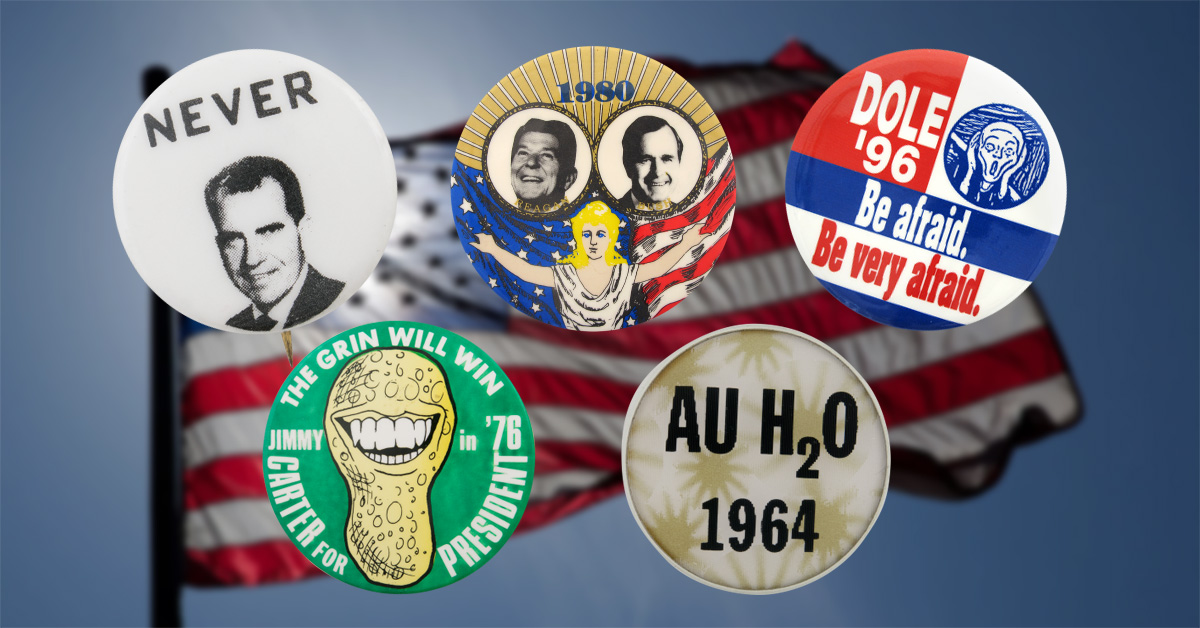 We'll be seeing a lot of campaigning in the coming months. A clever way to show your support for a candidate is by wearing a button. Campaign buttons have really taken off in the last 60 years, and we've compiled some of the best buttons from the most creative candidates (and their opposition). 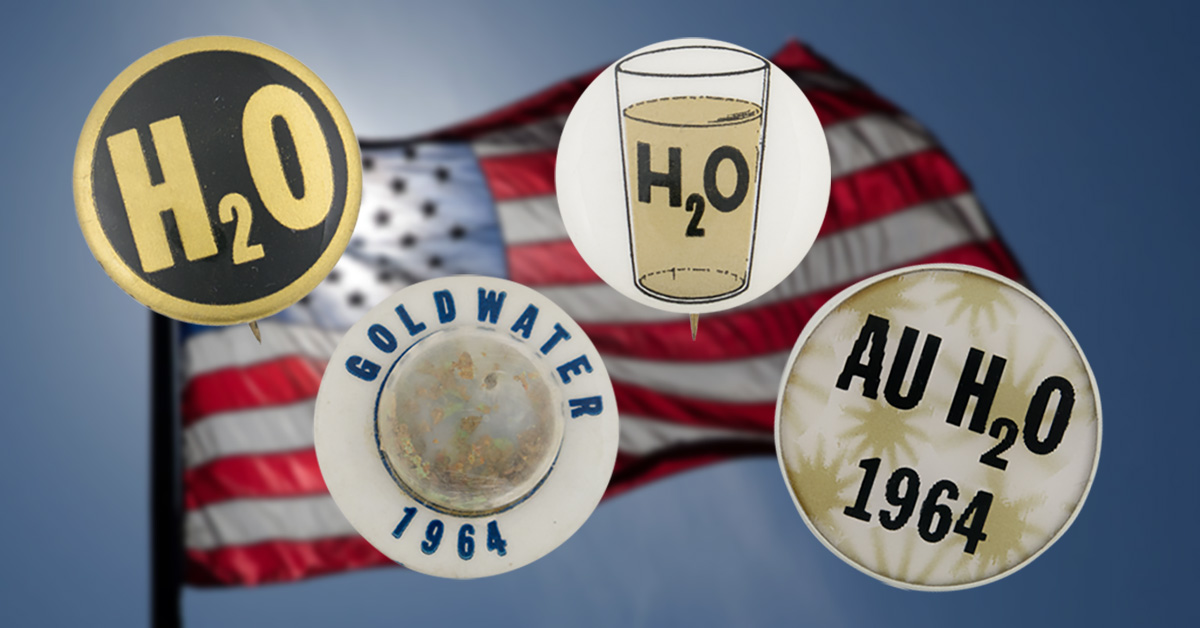 If you didn't know the periodic table of elements, then chances are you didn't know who or what these buttons were trying to promote. Barry Goldwater used his unique last name to produce a slew of buttons using gold (Au) and water (H2O) to promote his presidential campaign in 1964. Goldwater lost the election to incumbent Lyndon Johnson, but he definitely had some of the most creative buttons. 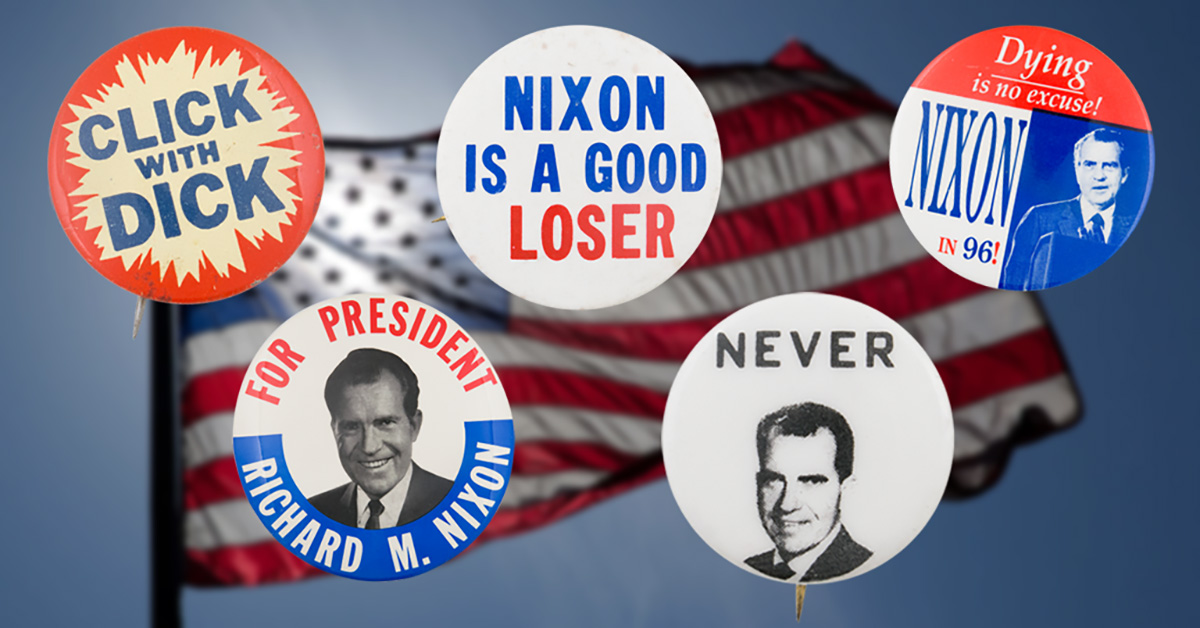 Nixon was no stranger to presidential elections when he was finally elected in 1968. For almost two decades before that, Nixon had been so close to the White House, yet so far away.

"Click with Dick" was first used in the 1960 general election, and he made sure to put his face on buttons to challenge the charming good looks of John F. Kennedy. But by 1968, Nixon had lost so many times his opponents used it as a joke on their "Nixon is a good loser" buttons. There was even a movement to get Nixon reelected in 1996 — two years after his death. 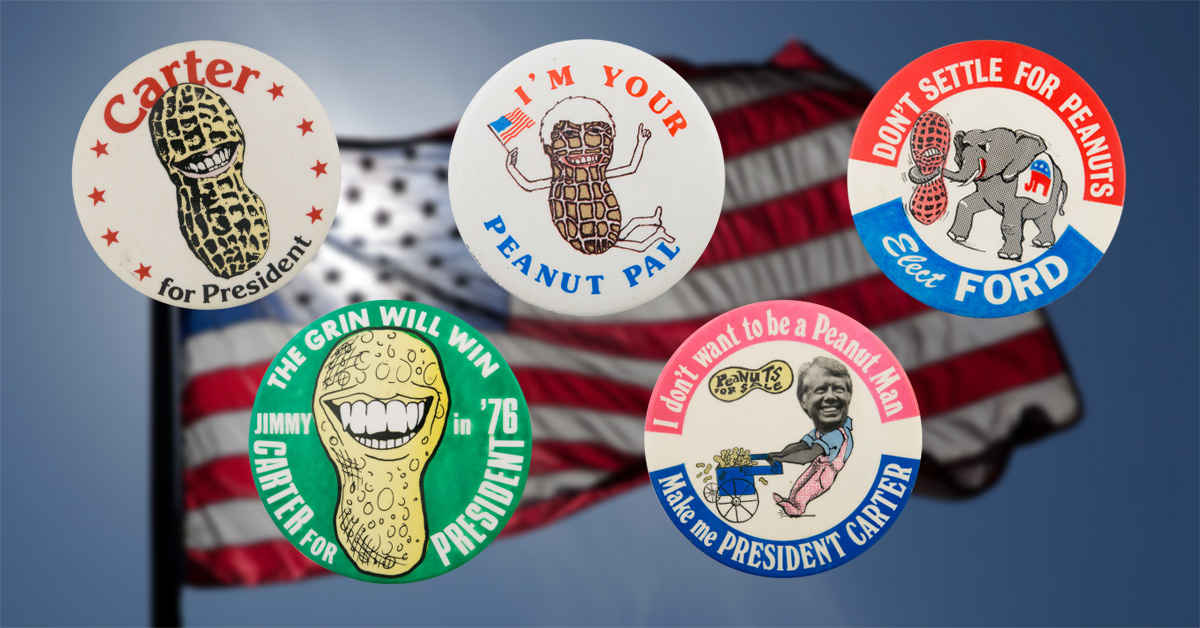 Before Carter was a politician, he was a peanut farmer — and he made sure you knew that! Buttons supporting his 1976 campaign transposed his toothy grin on peanuts and accentuated his humble roots. Of course, Republicans also used peanuts to their advantage, showing an elephant crushing a peanut. 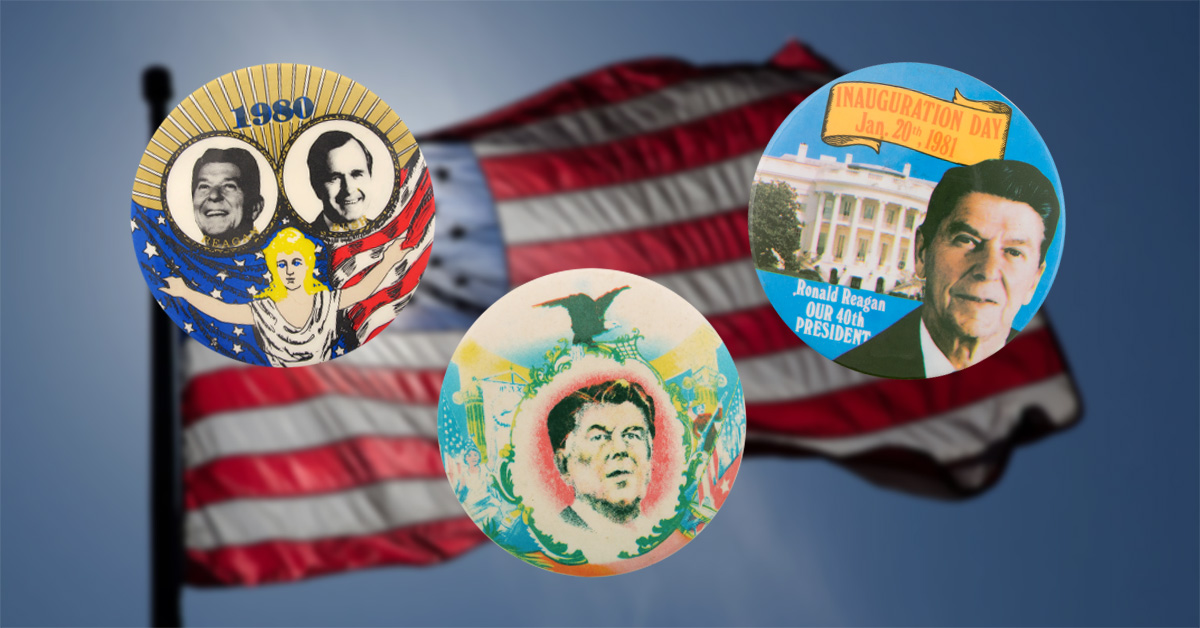 Reagan was well known as a classic Hollywood actor before he became governor of California in 1967. So it's no wonder his campaign buttons from 1980 reflect a classic approach to politics. The images on his buttons (eagles, Lady Liberty, the American flag) mimic campaign posters from a century earlier. 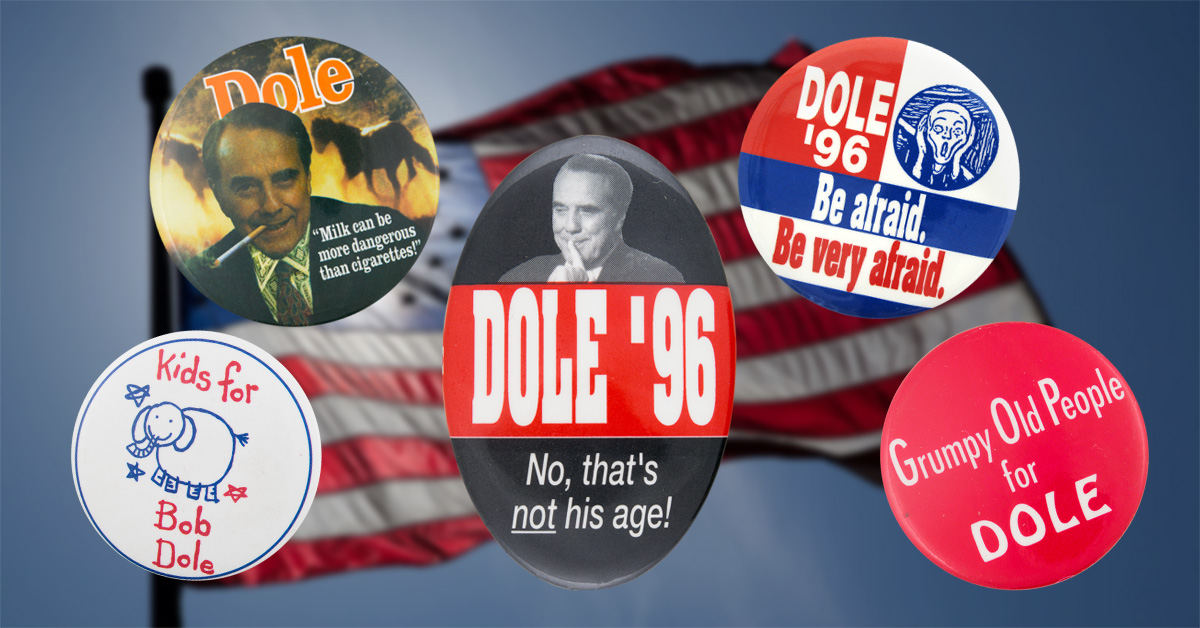 The 1990s was when political buttons started to become a little less serious and a little more outrageous. Case in point: buttons against the 1996 Republican candidate Bob Dole. Opponents of Dole and supporters of incumbent Bill Clinton mocked everything, from his remarks questioning the addictive qualities of cigarettes, to his age, to the age of his supporters. However goofy the buttons were, the tactic must have worked.