Almost 40 years after her show ended, Carol Burnett is still making us laugh

This is the next best thing to getting new episodes. 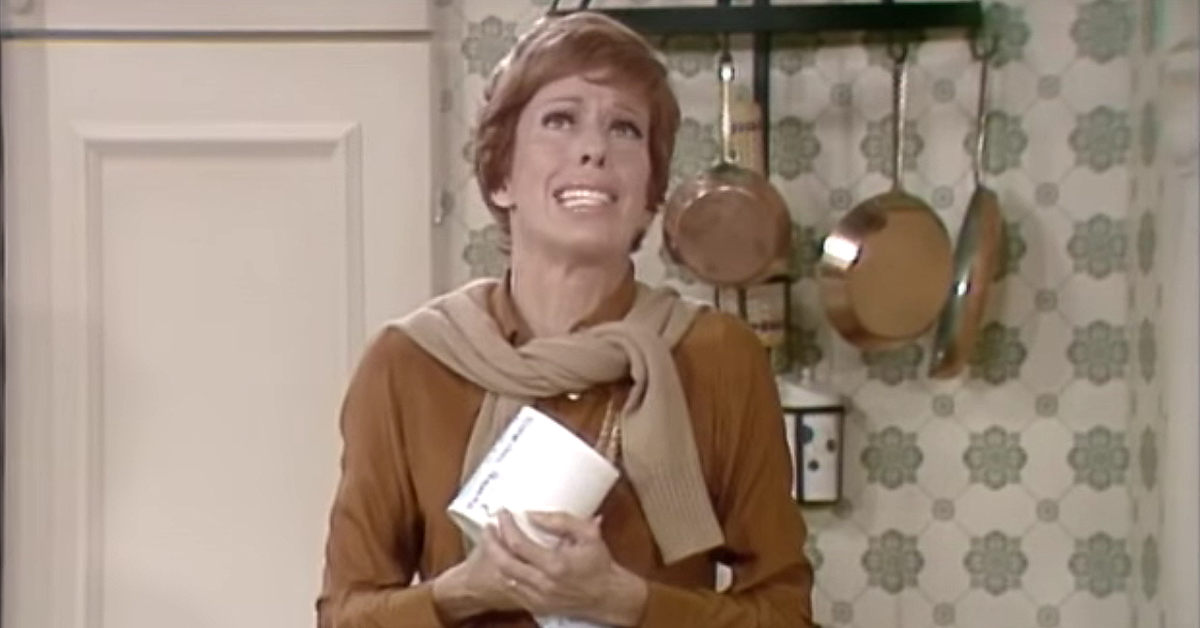 It was 38 years ago this week that Carol Burnett tugged her ear for the last time on The Carol Burnett Show as the series went off the air, but there's been no shortage of laughter since then. The show recently launched its own YouTube channel, letting younger generations find out the comedic genius that is Burnett.

In a clip posted today from one of the show's lost episodes, Burnett plays a distraught mother whose family leaves her over her choice of less-than-comfortable toilet paper. Almost 40 years later, and her humor is just as hilarious.

Burnett's costar Tim Conway proved he's funnier than ever too in a post reminiscing about his days on the top-rated TV program.

Anyone looking to relive the funniest moments of Burnett's show can catch Carol Burnett and Friends weeknights at 11pm | 10 central only on MeTV.

A housewife (Carol Burnett) returns home after running some errands.