A man entered a 59-year-old Bazooka bubble gum contest. And he won.

You might want to dig up your old Topps baseball cards. 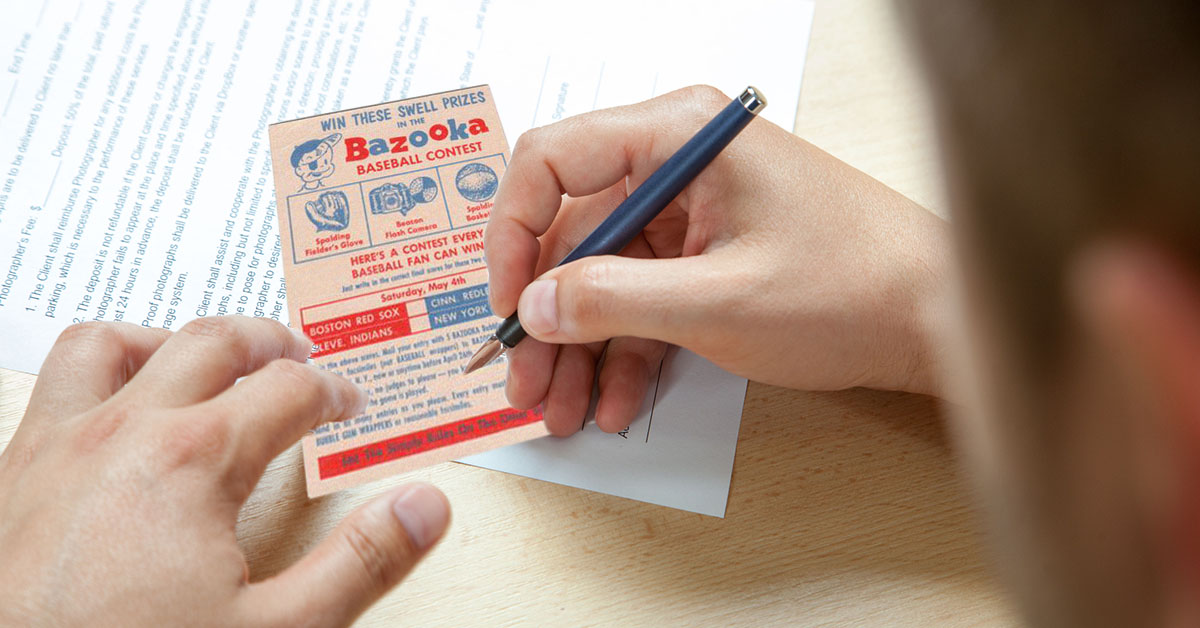 "Win These Swell Prizes in the 4th Bazooka Baseball Contest."

There was no deadline was listed on the card. So, Mr. Darwin Day decided to fill out the entry form. Nearly six decades after the fact. The 70-year-old then mailed the card to Bazooka Candy Brands, a division of Topps, according to the Associated Press.

The company sent him a prize. Hooray!

Day is now the proud owner of a new Louisville Slugger baseball glove. Perhaps it's time we finally order that Charles Atlas bodybuilding guide advertised in the Bonanza comic sitting on our desk.