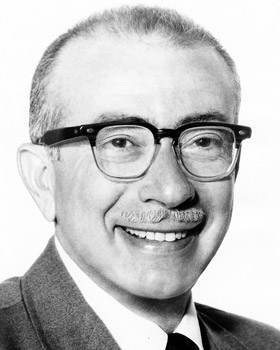 Sherwood Schwartz, as we are reminded for three hours in a row on Sundays, late mornings and early after afternoons, was the creator and producer of a pair of shows which continue to serve as cultural touchstones, four decades after their creation/production. We’re talking about Gilligan’s Island (11 AM/10 C) and The Brady Bunch (two full hours of episodes under the banner The Brady Brunch, starting at 12 PM/11 C), the shows for which Sherwood Schwartz will be forever known.
Schwartz was born in 1916, moving west to California from his native New York after high school to pursue a degree in Biology. His brother Al was working for Bob Hope’s radio show and provided Sherwood the opportunity to pitch jokes to the legendary comedian, who, as you’ll recall, really went through a lot of jokes in his routines. It worked. Sherwood joined writing team, and thus was a career in showbiz spawned, in Schwartz’s own words, “by accident.”
From Hope’s radio show, Schwartz moved to Armed Forces Radio and The Adventures of Ozzie and Harriet, before crossing over into television as a writer for the programs I Married Joan, The Red Skelton Hour and My Favorite Martian. For Schwartz, Biology might not have been in the cards, but Chemistry certainly was, as he launched the now legendry ensemble comedy Gilligan’s Island in 1964. 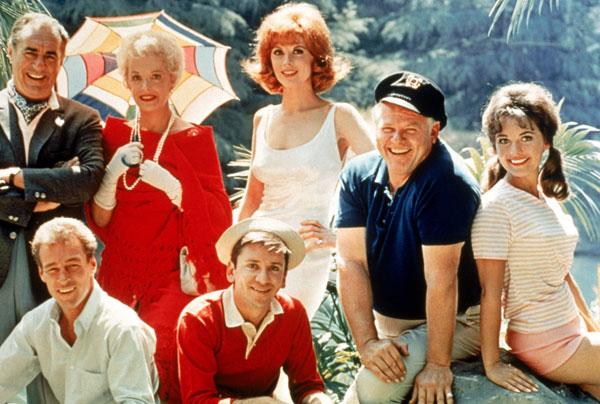 The show ran for three years (the first season in black and white) and placed in the top twenty for the first two seasons. Its popularity increased massively in syndication, and the show became legendary. Interest in the castaways was enough to warrant a number of ‘Gilligan’ TV movies, and though Tina Louise (“Ginger”) did not participate, she occasionally appeared in cast reunions on other programs. The show also spawned cartoons, a musical, clones (another Schwartz-produced show also starring Bob Denver called Dusty’s Trail; essentially Gilligan’s Island in a covered wagon), and many treaties on how the show’s characters represented The Seven Deadly Sins. It’s true, they’re out there! 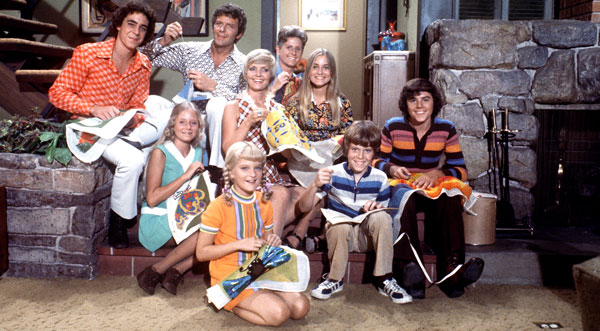 Schwartz’s next ensemble comedy is equally legendary and equally revered by fans worldwide, generation after generation. Like Gilligan before it, The Brady Bunch was a show that was written off by critics, earned decent ratings and grew to a monstrous smash in syndication. It also spawned a number of sequels and spin-offs (not always with the entire cast’s involvement) and movies, and remains a pop culture reference to this day. It’s just plain groovy.
The versatile Schwartz also co-wrote the theme songs for his shows, including the short-lived retelling of Ponce de Leon and the fountain of youth, Big John, Little John:
Ring a bell, mid-40-to-50-somethings?
And here’s a brief clip of Dusty’s Trail, to help jog your memory: