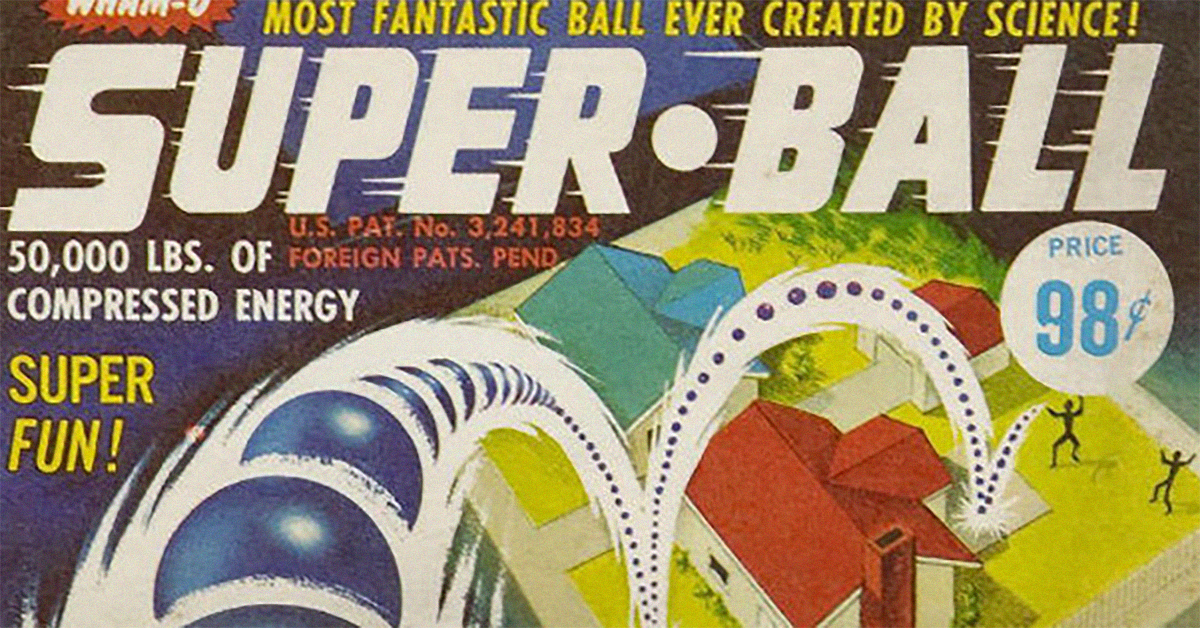 Launched just over half a century ago, the Super Ball was the creation of the mad geniuses at Wham-O. The company was still flying high on the sensational successes of the Hula Hoop and the Frisbee. The little sphere of synthetic rubber would prove just as successful, selling over 6 million units in 1965.

Let's look at some other fascinating facts about toy.

1. It was made of new plastic dubbed Zectron by inventor Norman Stingley. A rumor claimed it was made from an exotic hybrid plant that combined an East Indian rubber plant with an Outer Mongolian plum tree. Actually, it was mostly made of polybutadiene, the stuff inside golf balls.

5. It was reported that a Giant Super Ball the size of a bowling ball was dropped from the roof of an Australian hotel, totaling a car below.

6. There is an avant-garde classical music piece written around Super Balls. Alcides Lanza's 1971 piece Plectros III asks a performer to strike and rub the strings of a piano with Super Balls.

7. The Super Bowl is named after the Super Ball. AFL founder Lamar Hunt was watching his children play with a Super Ball when he came up with the name. League owners officially called the new post-merged title match the AFL-NFL Championship Game, but the press found Super Bowl to be a little punchier and it became the official name of the game in the third year.

8. A Super Ball reverses its spin with each bounce. We're not going to get deep into physics on MeTV, but trust us.

9. It has one of the most charmingly simple patent diagrams ever. Check out the patent for the "Highly Resilient Polybutadiene Ball" below. Yep, it's a circle. 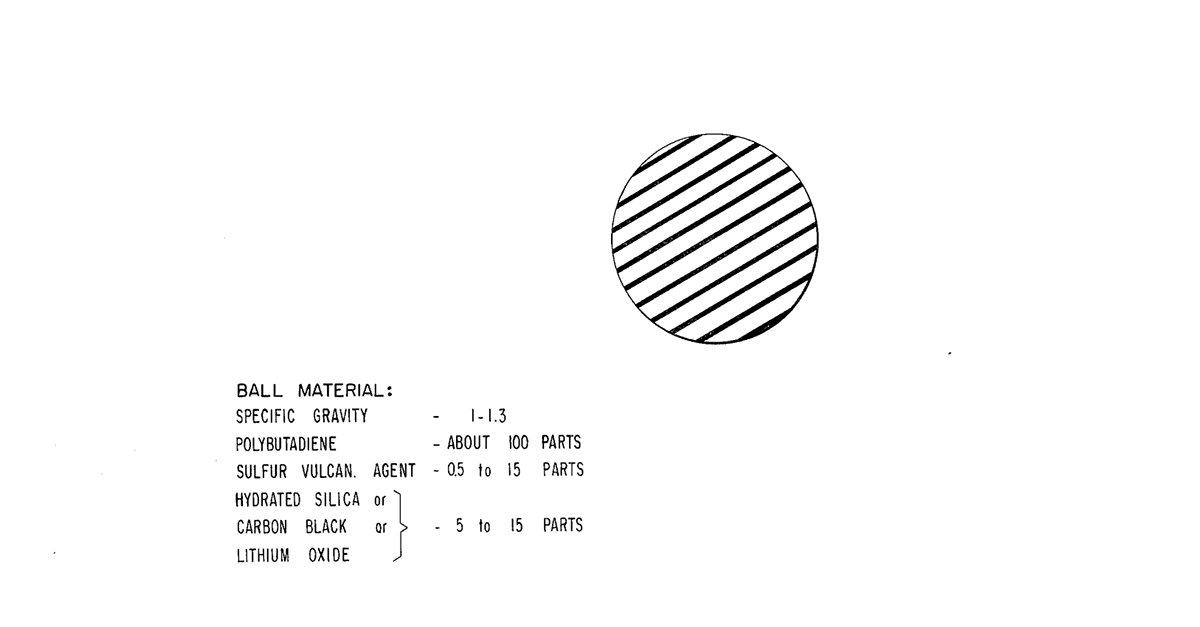 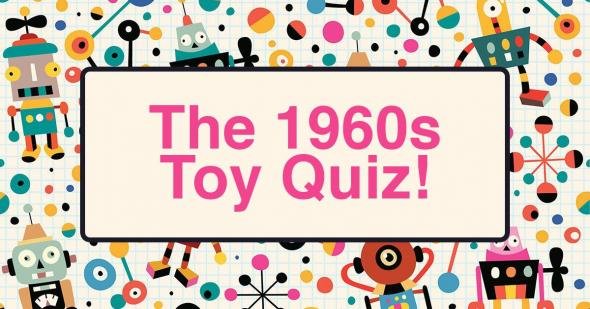