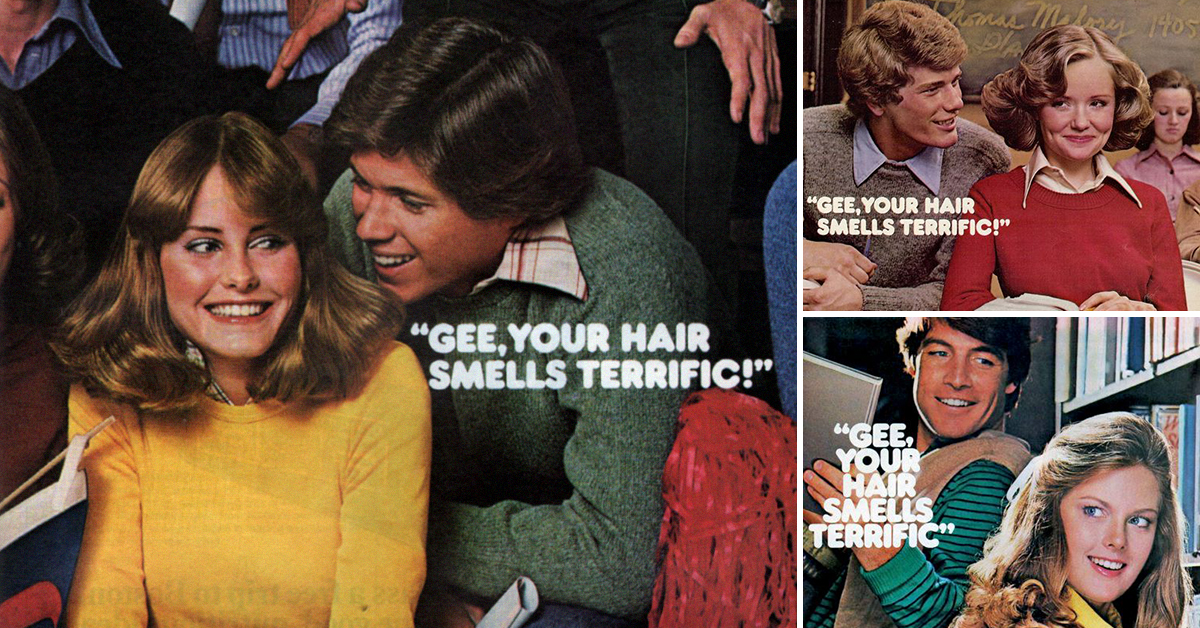 The 1970s was a decade full of wild and wacky shampoo products. From Body on Tap to Lemon Up, it was definitely an experimental time for the hygiene industry.

Perhaps one of the most bizarre shampoos on the market was Gee, Your Hair Smells Terrific. Manufactured by the Andrew Jergens Company, the floral-scented shampoo hit the market in the 1970s and caused a frenzy among teenage girls and young women.

In a stroke of pure genius, the advertising team behind Gee, Your Hair Smells Terrific decided to produce print ads where men smell women's hair and say things like, "Gee, your hair smells terrific!" We sincerely hope they won a Clio Award for that campaign.

The seemingly innocent ads were probably a lot of fun to see in the 1970s. In most cases, various suitors pursued the women featured in the ads because their hair smelled like daisies and sunshine. It was every girl's dream.

But looking back now, there's one major aspect that's wrong with these ads. It quickly becomes apparent the men need to back up and stop smelling the hair of random women. Personal space, people!

In most of the ads, the women are being productive, whether it's going to the library or participating in science class. All the while, they have to deal with some random guy coming up and commenting on the scent of their hair. Now that's annoying.

Don't believe us? Let's take a look back at some of the best (or worst) Gee, Your Hair Smells Terrific ads to figure out what's really going on.

See Also: 9 shampoos from the 1970s you completely forgot about 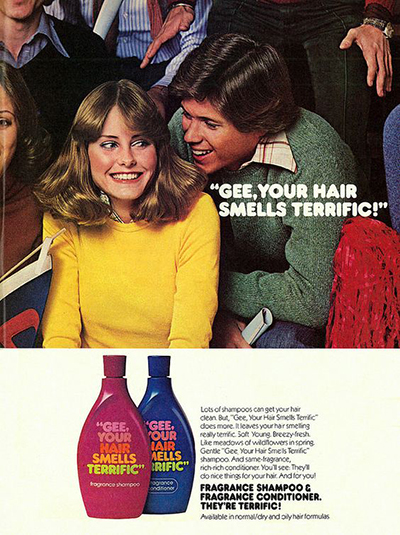 The body language says it all. She really doesn't want her hair being smelled by her classmate at a pep rally. 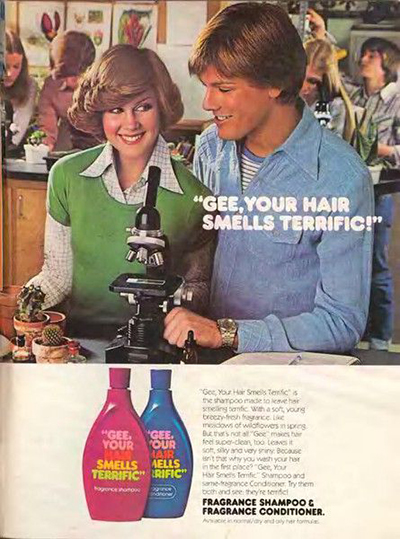 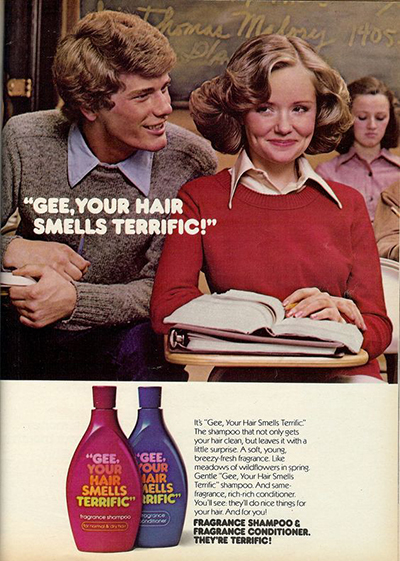 The fake smile on this woman's face is one we've all made when someone needs to get out of our personal space. 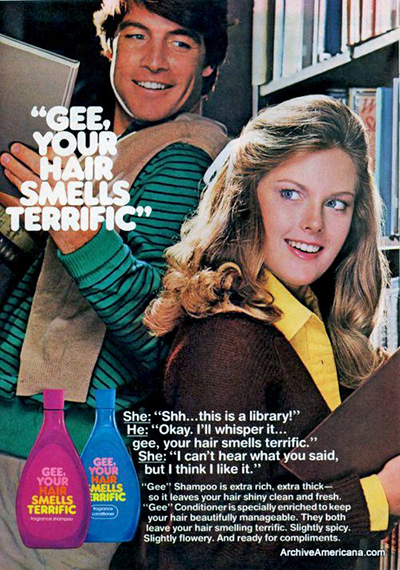 Based on the dialogue with this ad, it's clear this woman is not interested. After all, the conversation starts with her telling him to shut up. How can he not take the hint? 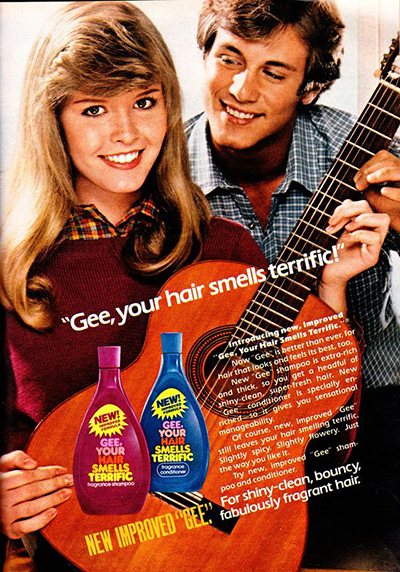 This woman can't even practice guitar without this guy literally grabbing it away from her to smell her hair. His moves definitely fall flat. 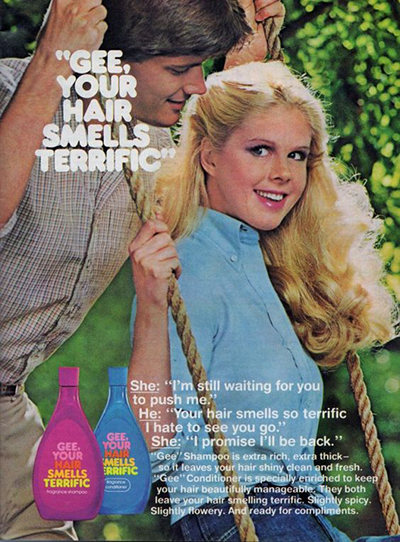 Based on the dialogue with this ad, she's probably lying to him. You can tell the only thing she wants to do is run away. 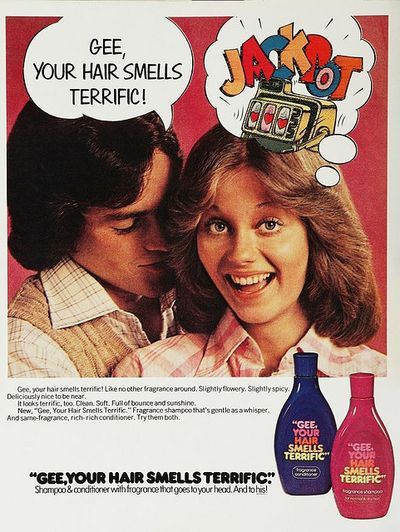 He might think her mind says, "Jackpot," but her eyes are really saying, "Help me." 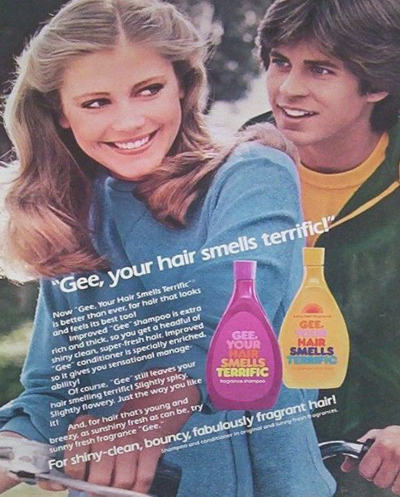 "Sit on the front seat of the tandem bike," he said. "It'll be fun." Little did we know all he wanted to do was smell her hair.

Niklas 8 months ago
The guys in the TV ads were all up in there, but let me enlighten you what it was really like to live with this stuff. I was there. Can you imagine sitting in a sealed up school room (I mean REALLY sealed up. They did NOT believe in natural light or fresh air in schools in the 70's) with not one, but 30 girls REAKING of this heavy perfumed hair additive? It was UNACCEPTABLE! Guys HATED it!
Like Reply Delete