Where To Watch Shop Store Contact
Home / Stories / 8 child stars of the 1950s and 1960s: Where are they now?
NewsNostalgia

These former child stars are working as stunt doubles, band leaders and photographers. 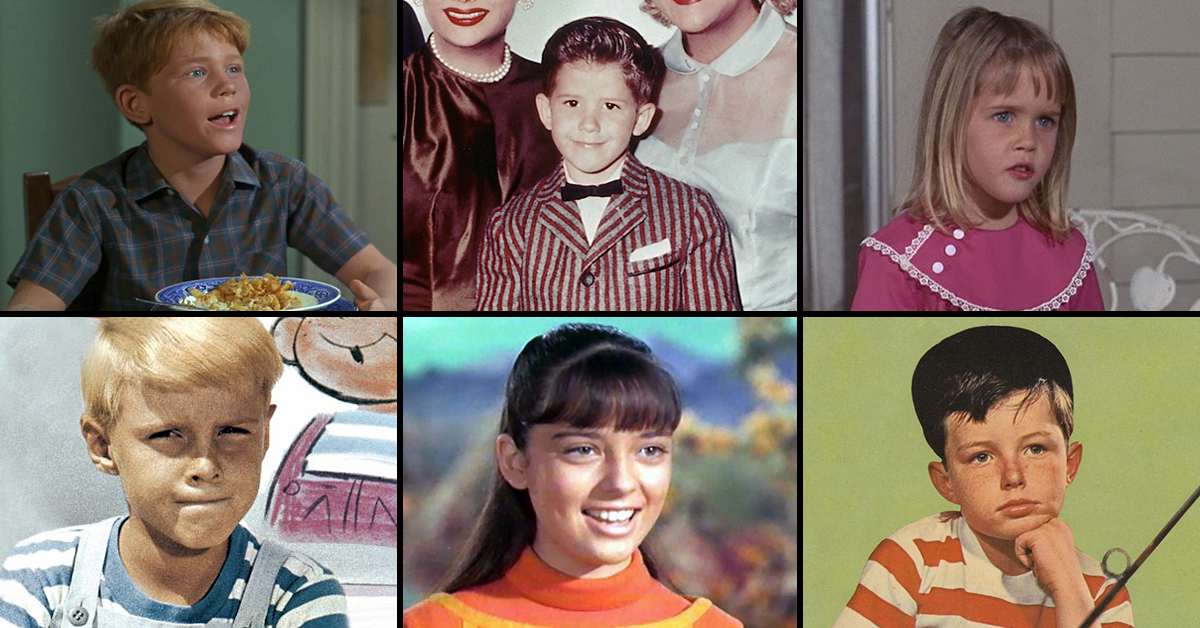 Child stars have always had a complicated relationship with Hollywood. Sure, it's fun to watch cute kids ham it up for audiences and deliver one-liners that make us chuckle. But once the kids grow out of the roles, the industry that made them famous replaces them with a fresh crop of fresh faces.

Growing up is hard, but growing up as a child star is even harder. Luckily for these eight former child stars, they seem to have managed quite well. Although not all of them are acting, they're still keeping busy with lots of side projects while remaining fond of the roles that put them on the map.

Take a look back at these child stars and find out what they're up to now. Some of these might shock you!

See Also: This is what Saturday mornings looked like 45 years ago 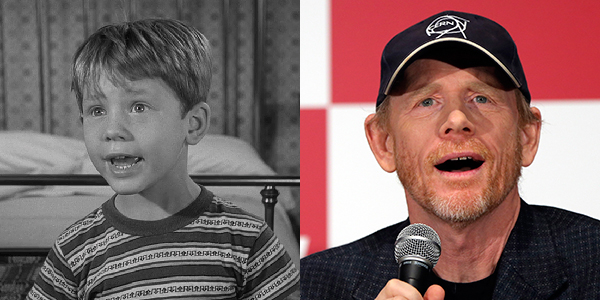 It's hard to say what Howard is best known for. Perhaps it's his star-making role on The Andy Griffith Show, or maybe it's his turn as Richie Cunningham on Happy Days. For younger generations, Howard is the revered director of hit films such as Apollo 13, A Beautiful Mind and How the Grinch Stole Christmas. By any means, Howard is the perfect example of how to succeed after child stardom. 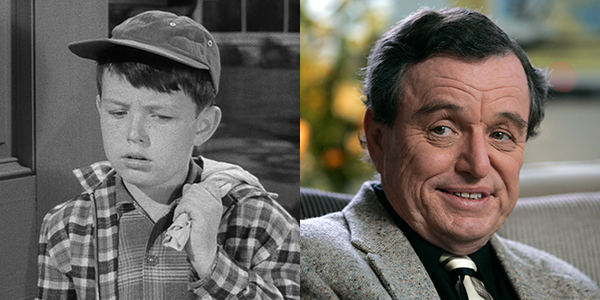 Mathers hammed it up as Theodore "Beaver" Cleaver for six seasons on Leave It to Beaver. After the show wrapped, he joined the Air Force, went to college and even reprised his role in the revival series The New Leave It to Beaver. These days, Mathers remains in the spotlight with appearances on film, television and Broadway. 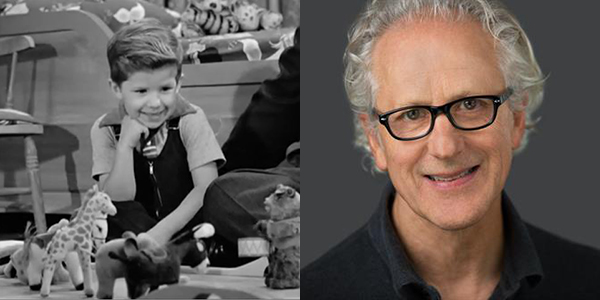 Some people know him as Keith Thibodeaux, others know him as Richard Keith, but almost everyone knows him as Little Ricky on I Love Lucy. If you're a big fan of The Andy Griffith Show, you'll remember him as Opie's friend Johnny Paul Jason. After dealing with depression after both series wrapped, Thibodeaux ditched show business and now owns a ballet company with his wife in Jackson, Mississippi. And, yes, he still knows how to play the drums.

North won over the hearts of millions every week in the sitcom Dennis the Menace from 1959 to 1963. The show, based on the popular comic strip, vaulted North to child stardom. For a while, he appeared in films for Metro-Goldwyn-Mayer as well as other TV series. North turned to voice acting when he reached adulthood, voicing characters on popular Saturday morning staples like The Banana Splits Adventure Hour and The Pebble and Bamm-Bamm Show. North quit show business in the 1980s, but occasionally makes cameo appearances. He started an organization with fellow child star Paul Peterson (The Donna Reed Show) that counsels child stars on the difficulties of the industry. 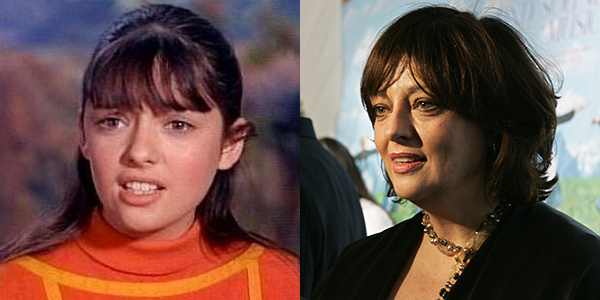 You couldn't watch anything in the 1960s without the chance of seeing Cartwright pop up onscreen. She became famous for playing Linda for seven seasons on The Danny Thomas Show. Right afterwards, she appeared as one of the von Trapp children opposite Julie Andrews and Christopher Plummer in The Sound of Music. Cartwright ended the decade by appearing as Penny Robinson in Lost in Space. The acting roles slowly wound down afterwards, and Cartwright has worked as a photographer for the last 30 years. 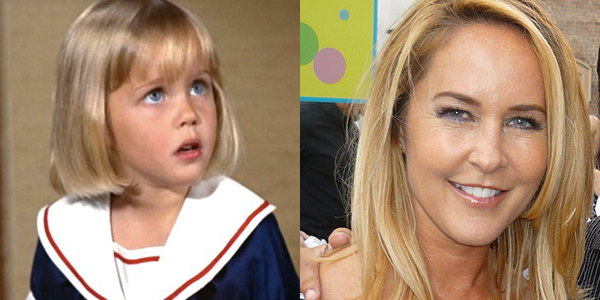 Murphy started playing the role of Tabitha on Bewitched in 1966, appearing in over 100 episodes of the iconic TV series. Murphy continued to star in TV commercials, but also managed to have a somewhat normal childhood, even becoming her school's homecoming queen. Since then, she has worked as an acting coach, stunt double for actresses like Virginia Madsen and Melissa Leo, reality television host, and celebrity judge on the series I Know My Kid's a Star. She still bears a resemblance to Elizabeth Montgomery, too. 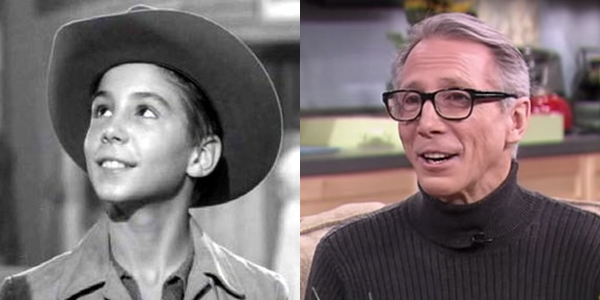 Most people remember Crawford as the son of Lucas McCain on the hit Western The Rifleman, but he was also one of the original Mouseketeers in 1955. At the age of 13, the young actor was nominated for an Emmy Award for his work on The Rifleman. When the show ended in 1963, Crawford continued to appear on television in guest roles. Today, he's the leader of the Johnny Crawford Dance Orchestra, a vintage-themed band based in California. 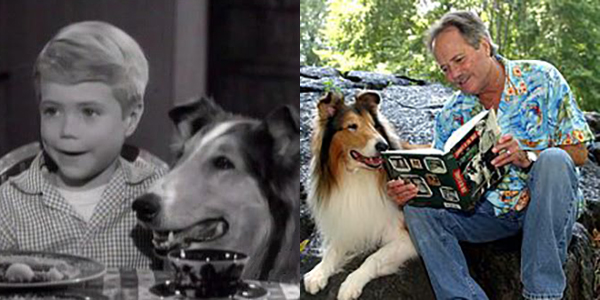 Of course, Lassie was the star of the eponymous TV show that spanned two decades. But people also tuned in for Timmy Martin, portrayed by Jon Provost. After the show wouldn't renew the 14-year-old's contract in 1964, Provost stepped away from the limelight. However, his love for the Rough Collie lead him to have a recurring role on the 1990s series The New Lassie. In 2007, Provost released an autobiography about his time on the series.

cosmos 50 months ago
IMO Billy Mumyhad the most prolific child career. No other child actor performed in as many poignant and significant TV shows. Richard Eyer was another child star who did great work, yet you don’t hear about him. Start an awards presentation! Time is fleeting ...
Like Reply Delete