7 must-see episodes on MeTV this week of February 22

Batman begins, Fonzie sings, the Bradys spin off and the Love Boat heads to Sweden. 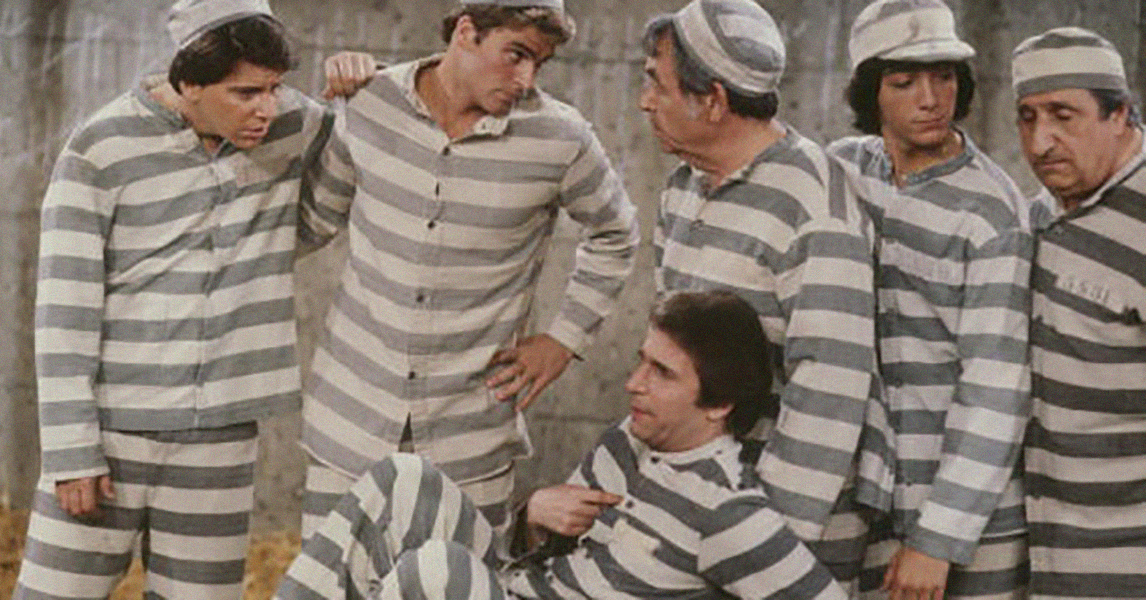 This week offers a delicious sampler of television treats. (Sorry, we still have not finished our Valentine's chocolates.) Catch the origin of a classic hero, a failed spin-off The Brady Bunch with a familiar face from Mayberry, and a musical episode of Happy Days. Oh, and not to mention horror icons Vincent Price and Boris Karloff. Let's dig in!

Mayberry R.F.D. and Mama's Family man Ken Berry starred in this backdoor pilot from creator Sherwood Schwartz. Berry plays Ken Kelly, who moves in by the Bradys with wife Kathy (Brooke Bundy) and a new adopted son. The premise was a little bit Brady, a little bit Diff'rent Strokes, but the series did not sell.

This divisive eighth season finale is certainly a curiosity among the 255 Happy Days episodes. Fonzie helps Chachi study for history class which leads to musical dream sequences about the Great Famine of Ireland and Joanie-Chachi love.

Slide down the pole to the Batcave all over again with this first episode of the camp classic. It originally premiered 50 years ago, and still retains its colorful charm. Some things to note: The footage of the Gotham World's Fair was shot at the Thailand Pavilion of the New York World's Fair of 1964–65. The BAM!s and BONK!s were also superimposed over the photographic image — a technique that was later abandoned for jump cuts to save money.

Tom Cruise was recently cast in Universal's reboot of this classic horror flick. (He's not playing a mummy.) Refresh your memory of the original from 1932 starring Boris Karloff.

The show makes a rare detour to Scandinavia as the crew cruises Norway and Sweden. See the sights of Oslo and Stockholm — not to mention Janet Jackson!