5 must-see episodes on MeTV this week of February 8

The Hulk arrives! The Twilight Zone is back! Plus, cuddle up with someone for a day full of love. 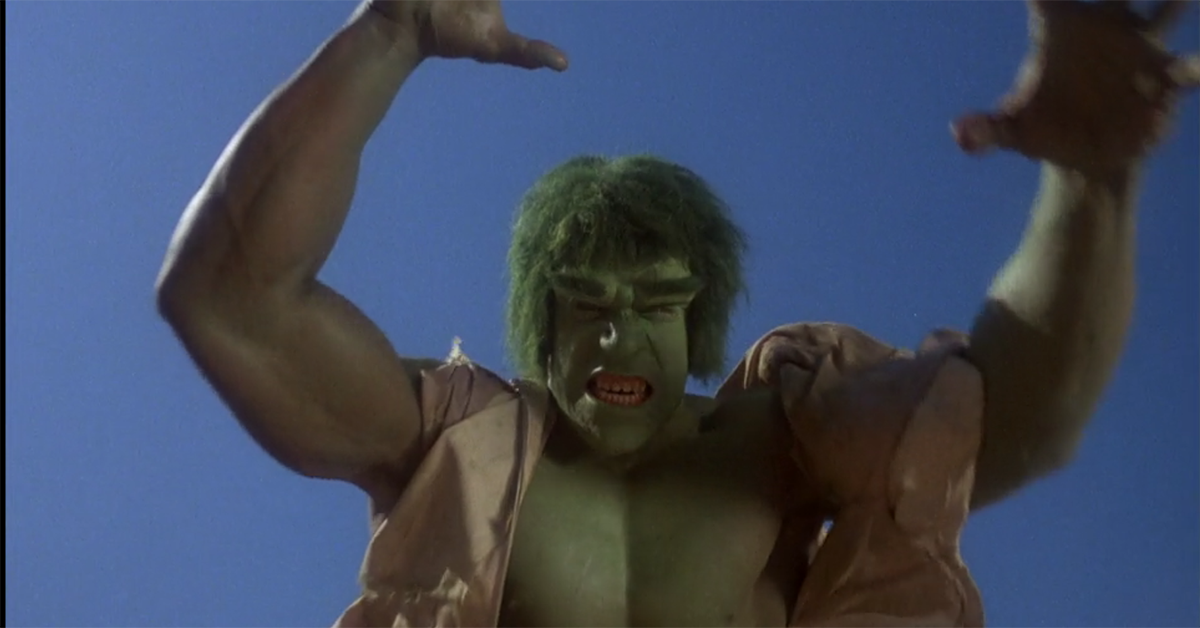 It's a week of new arrivals and love on MeTV, as we welcome some fresh faces to the MeTV lineup and the return of some old favorites. Plus, we end the week on a romantic note with a full day of Valentine's programming, which we are calling Love Me. Check out the full schedule of love-themed episodes.

Here are five highlights from the next seven days of MeTV.

We included this outlier in our list of 7 episodes of Perry Mason for people who loved Making a Murderer. Perry is outside his regular milieu, on a fishing vacation in the Sierra Mountains. He defends a woman, a teacher, who is cast as a pariah by a small town. There are motorcycles, gossip and themes of small town justice in this atypical venue for the series.

Rod Serling's eerie anthology series is back in the regular lineup! Revisit this classic, a war parable which features Leonard Nimoy. You might recall that it was adapted as the first entry in Twilight Zone: The Movie by John Landis.

You the viewers rated this episode the third funniest Lucy of all time in our recent Pick Me poll!

You will like him when he's angry! The big green Avenger comes to MeTV's Super Sci-Fi Saturday Nights. We start at the beginning, with the origin story of Bruce Banner exposing himself to gamma radiation. Keep your eyes peeled very closely for a shot of Bond villain Richard Kiel as the Hulk, as he was the first actor cast in the role.

On the most love-filled day of the year, you have to have a dose of The Love Boat. This star-crossed cruise features Frankie Valli as the head of a computer dating service who pairs up couples on the ship… and tries to rig the system to hook up with Julie. It also features Shelley Long in her first television role! See if this sounds familiar — she plays an intellectual paired with a vain hunk named Sam.