Marcia joins the Frontier Scouts, Lovey gets kidnapped and the 4077th makes up its own Olympics. 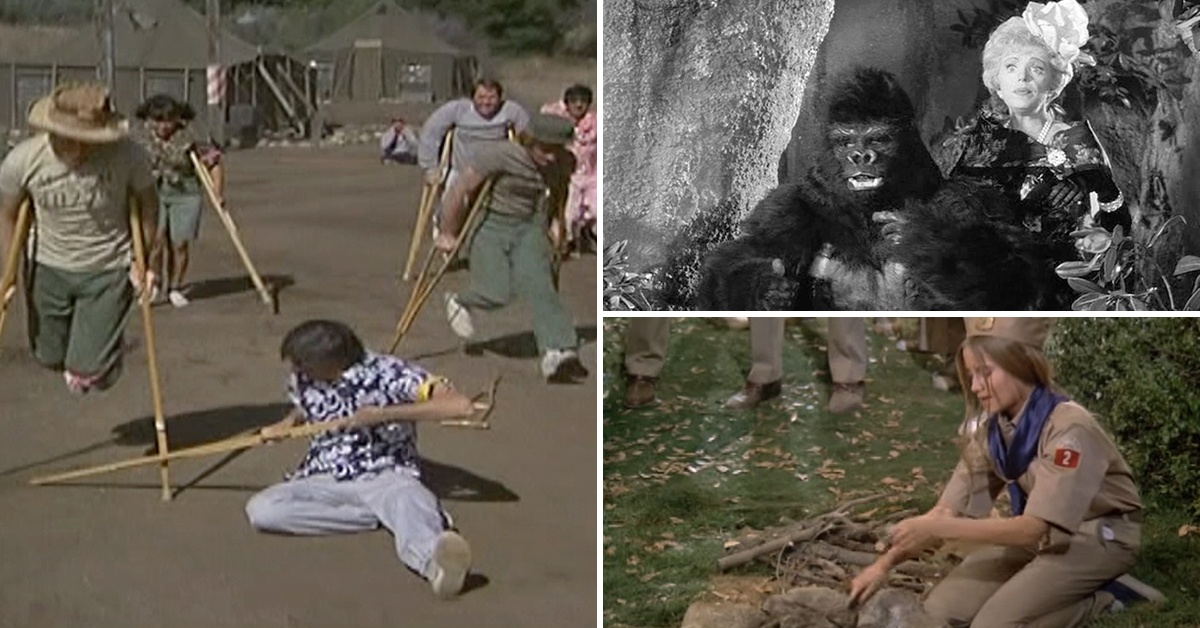 Where has the summer gone? This week marks the last week of the season, with Labor Day ushering in cooler temperatures, colored leaves and a new fall MeTV schedule. Here are some of the hottest episodes to watch in order to end the hottest season of the year with a bang.

Everyone loves the episodes centered on Gilligan or Mary Ann, but Mrs. Howell never gets the screen time she deserves. Well, this episode is for all you Lovey fans out there. A gorilla on the island steals her brooch. In an attempt to get it back, the gorilla ends up kidnapping her too!

Who says girls can't do everything boys can? That's the theme of this classic episode, when Marcia joins the Frontier Scouts to prove that point. In retaliation, Peter joins the Sunflower Girls and has trouble selling cookies. Anyone who is a fan of Marcia Brady knows this is one of her best moments on the show.

The California coast heats up when arsonists start burning down mobile homes as part of an insurance scam. And because it's CHiPs, Ponch and Jon also prepare for a basketball game at the same time. Sorry CHiPs fans, this will be the last episode to air for a while when Emergency! takes over the time slot for the fall schedule.

Aunt Bee starts dating a married man?! Well, sort of. That's the predicament with this episode when Aunt Bee feels like she's getting in the way of the new romance between Andy and Helen. To give them some time and space, she makes up her own boyfriend. The trouble is he's already married.

Still craving the Summer Olympics? Get one more dose of friendly competition this week with "The M*A*S*H Olympics." When it's revealed the 4077th isn't in the best physical shape, the camp is split between two teams, with the winning one getting paid leave. (Read more about the episode here).