4 classic shows every fan of 'Seinfeld' should love

From Abbott and Costello to Bilko, these iconic sitcoms were much ado 'about nothing' long before Seinfeld. 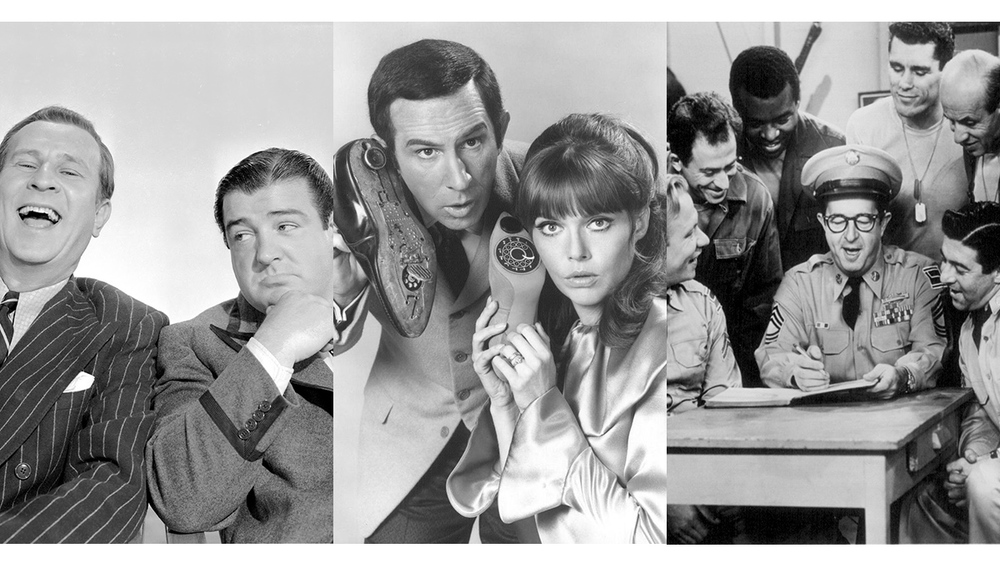 Julia Louis-Dreyfus just nabbed her sixth lead actress Emmy, tying the all-time record. She again earned the trophy for Veep, a sitcom that essentially applies the Seinfeld formula to the world of politics. The win is just another testament to the lasting power of Seinfeld, the series that redefined the television comedy in the 1990s, which has now been off the air for nearly two decades. Of course, the sitcom continues to live healthily in reruns.

Watching the Emmy Awards got us thinking: What was the first "show about nothing"? Of course, that seemingly negative description of Seinfeld is both complimentary and incorrect. Seinfeld was a show about everything, about all the little things we encounter in day to day life, from facial expressions to social mores. But it's still fun to think about which show did Seinfeld first, long before Seinfeld. As brilliant and revolutionary as the comedy was, it was rooted in tradition. In fact, prior to the high-concept 1960s, most sitcoms could be said to be "about nothing." The Jack Benny Program was doing meta stories about the day-to-day life of a comic half a century earlier. Jerry Seinfeld and co-creator Larry David would be the first to tell you they are part of a comedic tradition, and they've discussed their inspirations in interview.

Here are four classic series you must see if you can't get enough Seinfeld.

If you love Jerry and the outlandish scenarios…

The Abbott and Costello Show

The tall straight man, the short and husky dimwit. In hindsight, Jerry and George were Bud and Lou — right down to their love for baseball. In this early '50s sitcom, the silver age duo was known for its ridiculous scenarios, putting equal emphasis on both the situation and the comedy. Continuity mattered little. It was, "What kind of scrape will Costello drag Abbott into this week?" As with Seinfeld, the bit players were more exaggerated caricatures. Take an episode like "The Television Show," in which Lou goes on a game show and wins a pack of gum, only to have a neighbor slip on a piece of gum and take him to court. That's pure Junior Mint Seinfeld right there.

The Abbott and Costello Show airs weekdays at 5AM | 4C and Sundays at 6AM | 5C on MeTV.

If you love George and the sprawling ensemble cast…

Also popularly known as Sgt. Bilko, The Phil Silvers Show has been cited by Larry David as a favorite. Fans of his follow-up Curb Your Enthusiasm should have no problem seeing why. Like George, who was essentially Larry, Bilko was brilliant idler, always whipping up some scheme to get out of work. One of Seinfeld's great assets is the massive cast of characters, riviling that of The Simpsons. Silvers, too, carried over two dozen secondary characters. Put Army uniforms on Newman, Puddy, Uncle Leo, Jackie Chiles and Frank Costanza and you're halfway there. 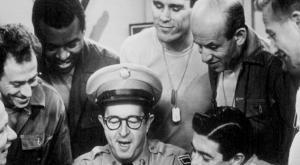 If you love Elaine and the irony…

About those Julia Louis-Dreyfus Emmy wins… Whom did she tie for all-time wins? Mary Tyler Moore. The comparison goes beyond the trophy case. In many regards, Elaine was the 1990s spin on Mary Tyler Moore's working bachelorette of the 1970s, especially when the show followed her into her career with J. Peterman. Mary Richards, Moore's alias on her legendary sitcom, was one of television's first rounded, independent, flawed female leads. Additionally, if you are a fan of Seinfeld's brand of ironic detachment, well, that was no Nineties invention. "Chuckles Bites the Dust," the landmark MTM episode that laughed at death, demonstrated that humor could be found in all aspects of reality.

If you love Kramer and the slapstick…

In his Reddit AMA last year, Jerry Seinfeld cited Get Smart as favorite show growing up. It's easy to see why the Mel Brooks and Buck Henry comedy would stick with Seinfeld. While not as genre-centric as the spy satire, Seinfeld was still largely satirical, poking fun at modern cinema (fake flicks like Chunnel, Prognosis Negative, etc.) and traditional sitcom scenarios. With the cartoonish, scene-stealing character of Kramer, Seinfeld firmly rooted in slapstick and physical comedy as well. If Jerry and George were Abbott and Costello, and Elaine was Mary Tyler Moore, than Kramer was Maxwell Smart. Check out these top 10 spoofs by Get Smart for further evidence.