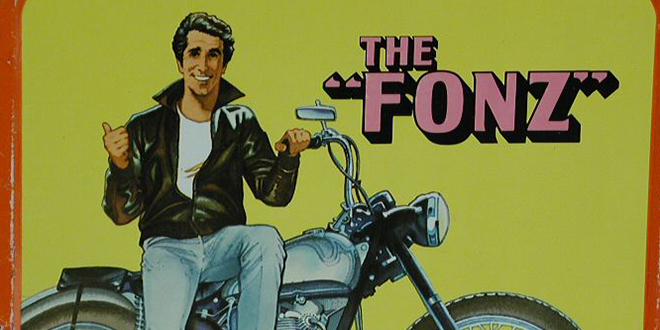 Happy Days was a show nostalgic for the 1950s — and it lasted longer than the 1950s decade itself. For an incredible 11 seasons, the sitcom was a cultural phenomenon. It spawned Laverne & Shirley and Joanie Loves Chachi and Mork & Mindy and Saturday morning cartoons. It gave us Robin Williams and "jumping the shark." The Fonz's leather jacket is in the Smithsonian's National Museum of American History.
At the peak of its popularity in the mid- to late-1970s, Happy Days ignited a merchandising craze. If kids wanted something with Fonzie on it, they could find it. Here are some of our favorite items from the era. 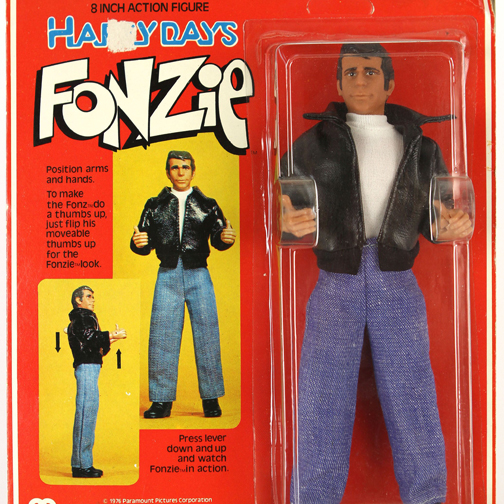 A little lever on Fonzie's back gave him thumbs-up action. The Meco company even manufactured action figures for Mr. and Mrs. C. 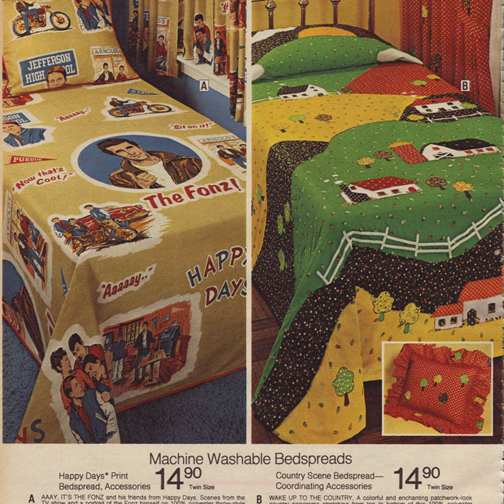 You could sit on it right where it said "Sit on it!" 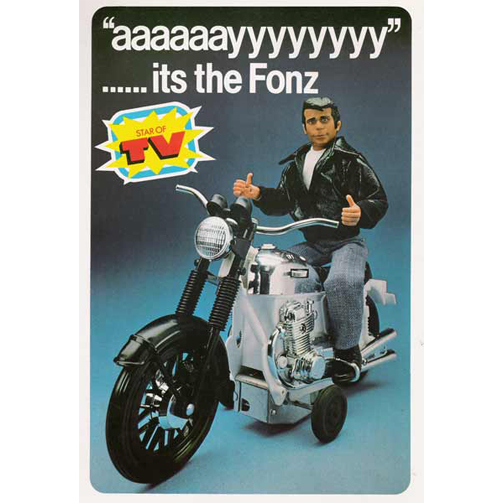 Copywriters of the time knew: six As and eight Ys for the official Fonzie "aaaaaayyyyyyyy!" 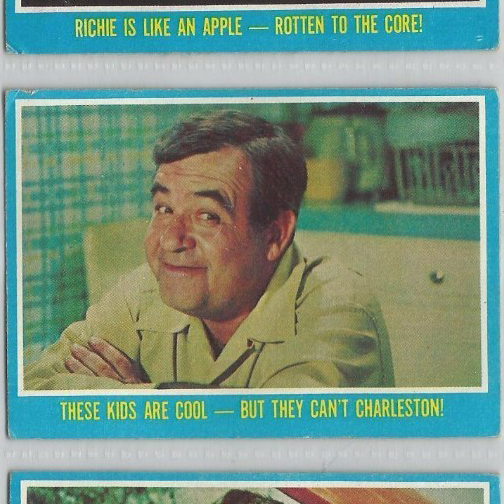 Kids could not get enough of Tom Bosley. 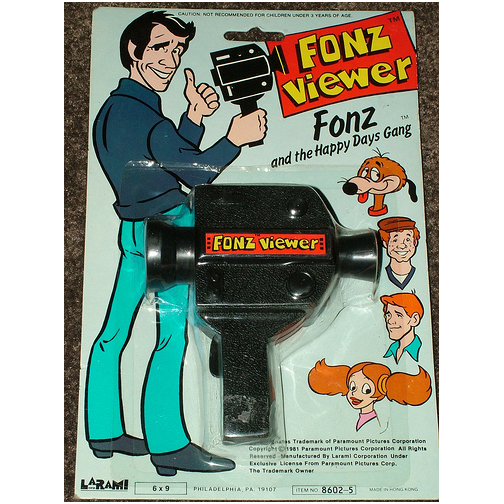 This tied in with the Fonz and the Happy Days Gang cartoon, which featured time travel and a dog named Mr. Cool. 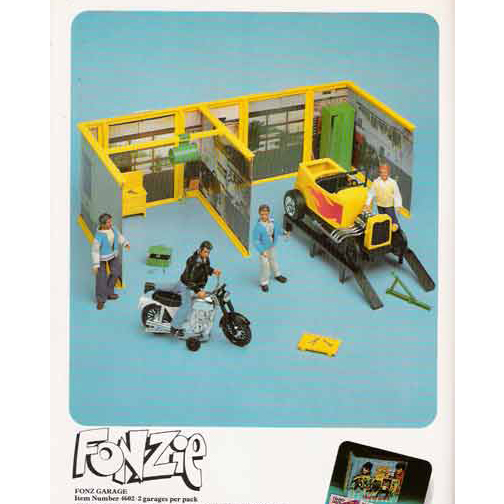 A place for all your action figures to chill and listen to some Bill Haley. 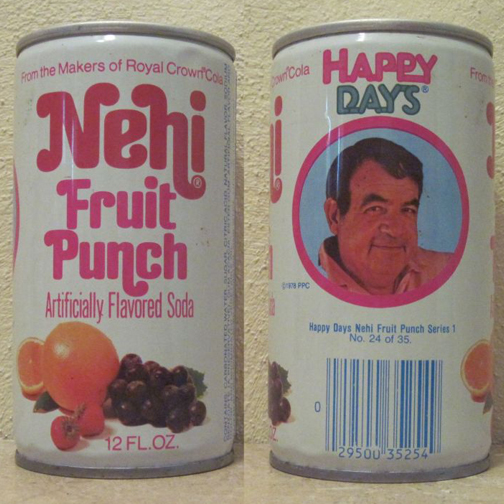 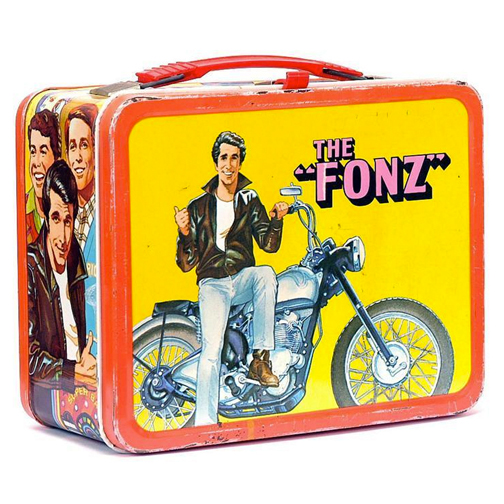 While not mysterious, these were all over cafeterias. 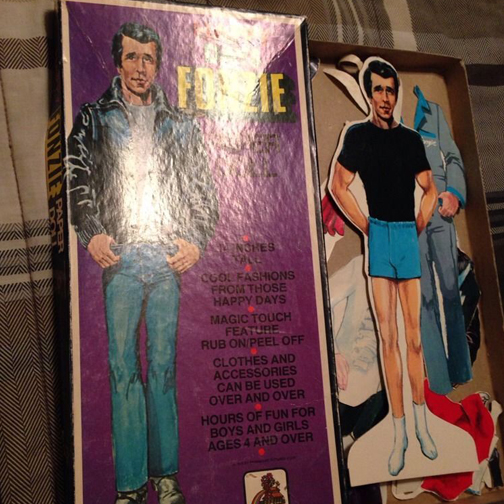 It wasn't just jeans and jacket for the Fonz. 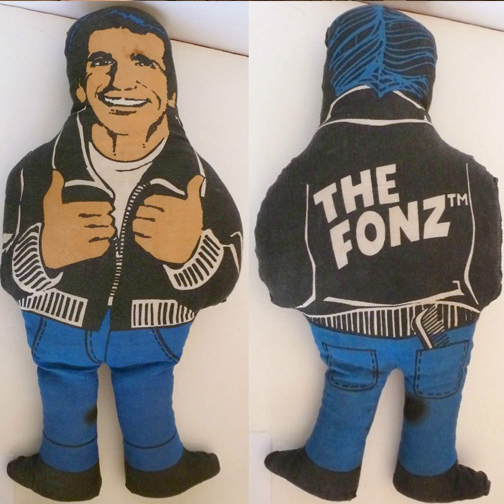 For cuddling at night in your Happy Days bed, of course. 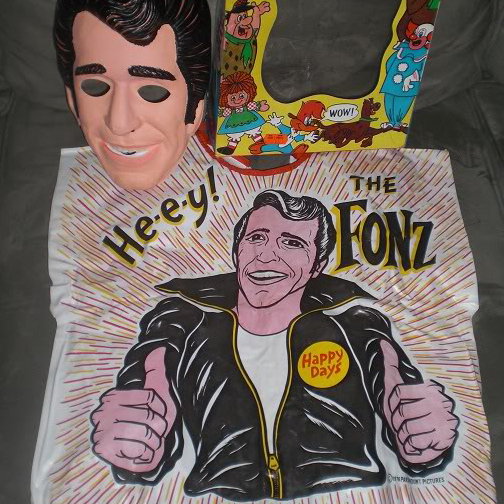 The unsold stock was possibly rebranded as Ronald Reagan masks. 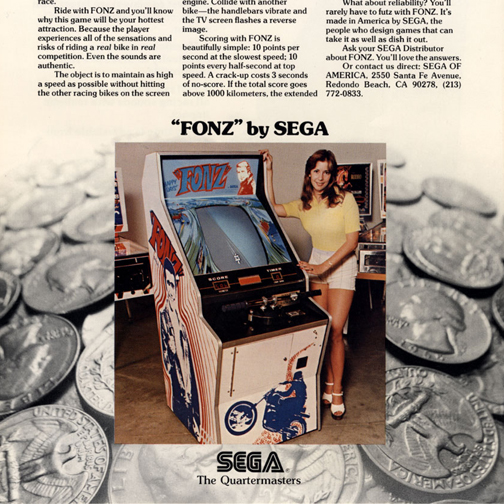 We wonder if Henry Winkler had to put in a quarter of if he could just whack it to start it up. 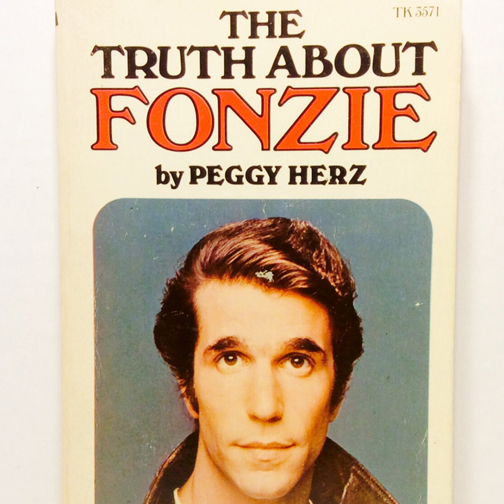 What is the truth about Fonzie? 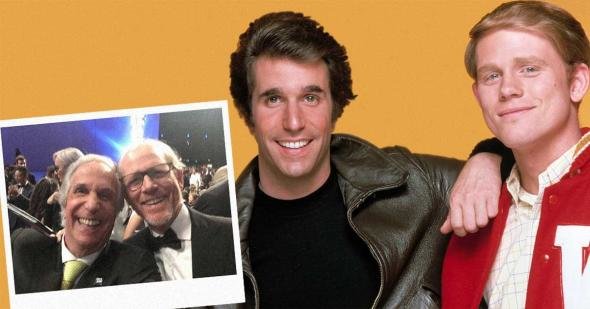 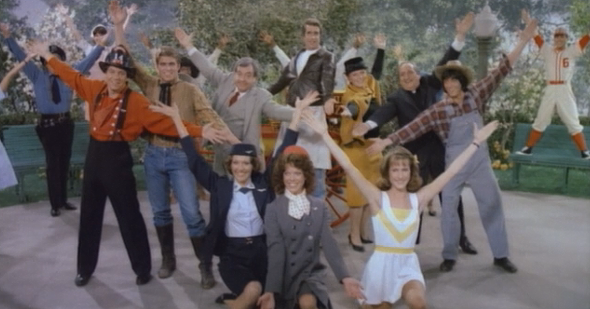 Nostalgia
Remember the 'Happy Days' immigration musical?
Are you sure you want to delete this comment?
Close

RB 18 months ago
I may be the only one, but I just got so sick and tired of hearing "aaaaaayyyyyyy" everywhere back then.
Like Reply Delete