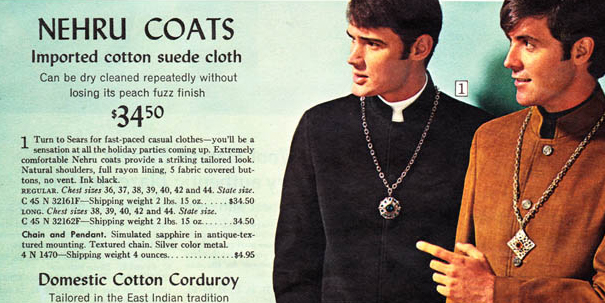 In a 1964 issue of Vogue, Jawaharlal Nehru, the first Prime Minister of India, was depicted wearing a traditional jacket with a stand-up collar. A couple years earlier, Dr. No, the first Bond movie villain, wore something similar. Not long after, the Beatles and Monkees would be wearing the Nehru jacket. By the late '60s, the Sears Christmas Wish Book was littered with the look. Nehru-mania is certainly the most 1960s thing immediately jumps off the pages of a Sears catalog from that time, but the book is loaded with other mod fashions and retro tech that makes us yearn for a time machine.

1. Folks were "tuned-in on the meditation theme" with Nehru tops. 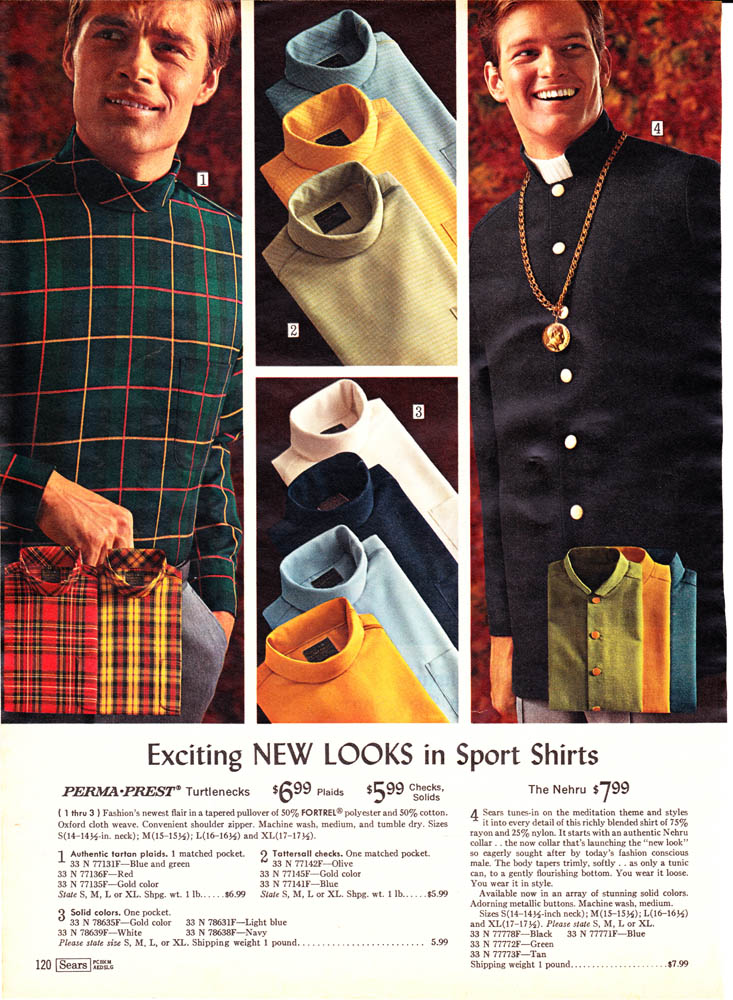 A Sears writes, it's "the now collar that's launching the 'new look' so eagerly sought after by today's fashion conscious male." It wasn't just on menswear, however. Nehru collars were on tunics, jackets, shirts and perhaps, somewhere, baby onesies. 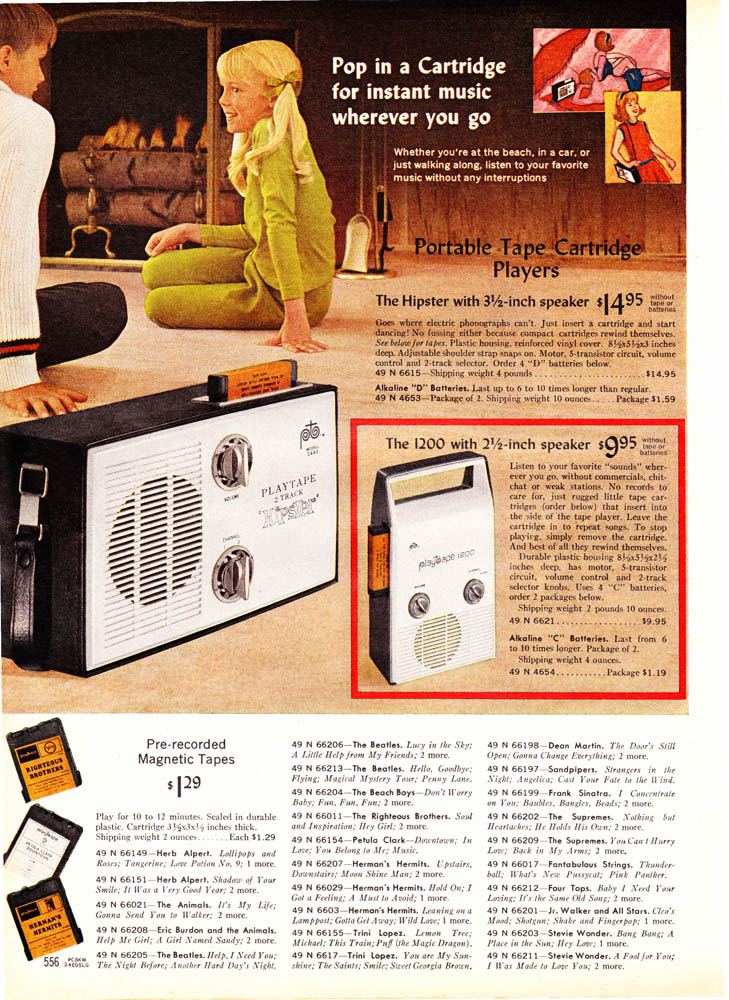 There were plenty of awesome options for your portable 8-track players. Interesting that the Beatles albums here (Help!, Sgt. Pepper's and Magical Mystery Tour) were not named, only identified by their hit songs. The notion of the album was about as old as the cassette tape. 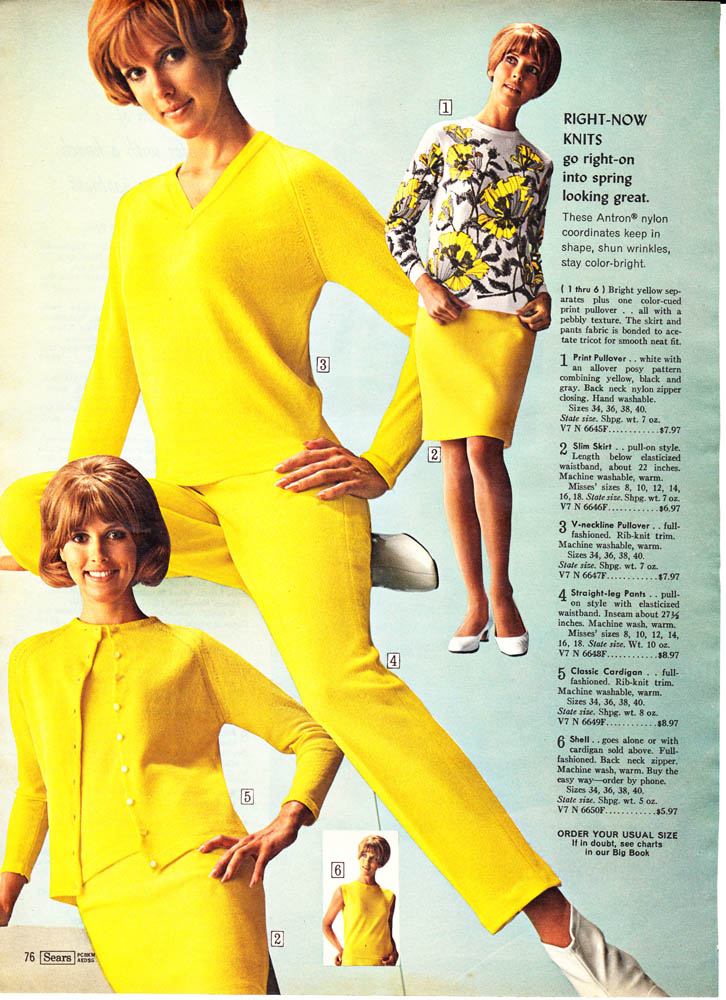 Why do we suddenly have this U2 song stuck in our head?

4. Grids were a girl's best friend. 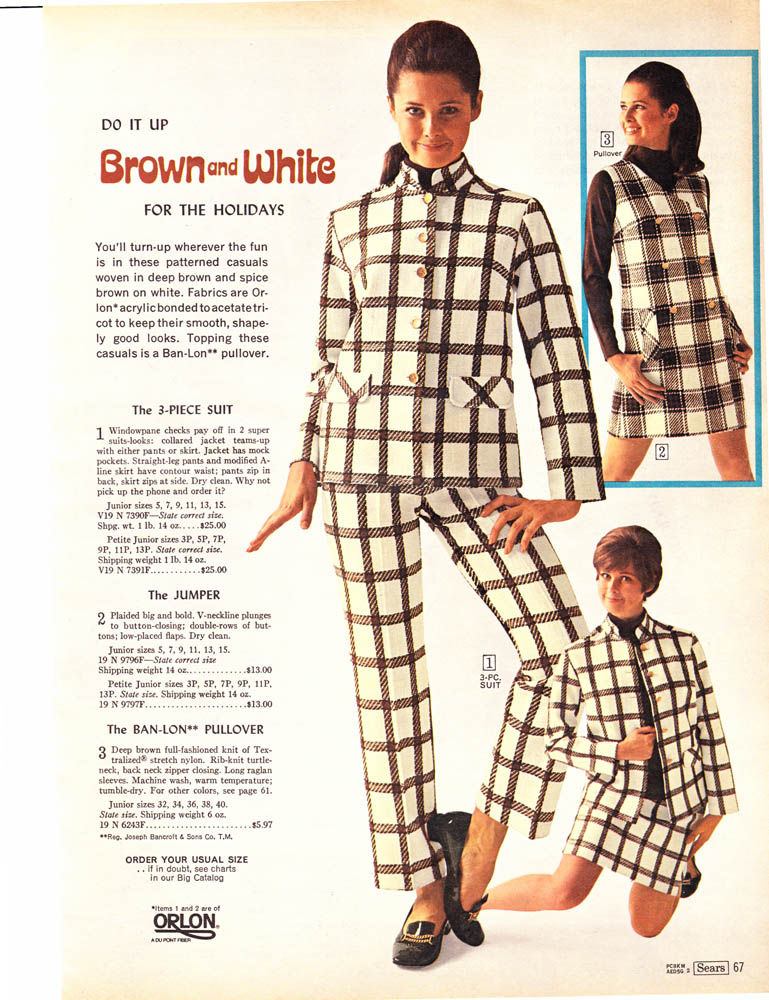 You would go all in with the windowpane checks. Remember when a three-piece suit cost $25?

5. When people asked, "Who are you wearing," we would answer, "DuPont." 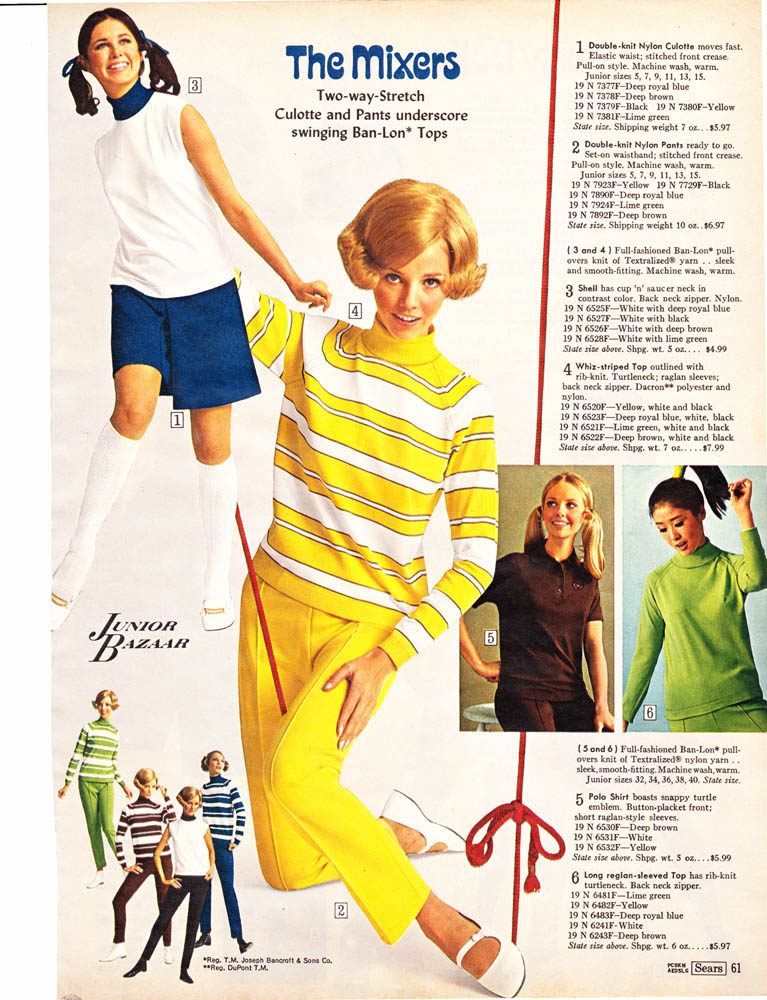 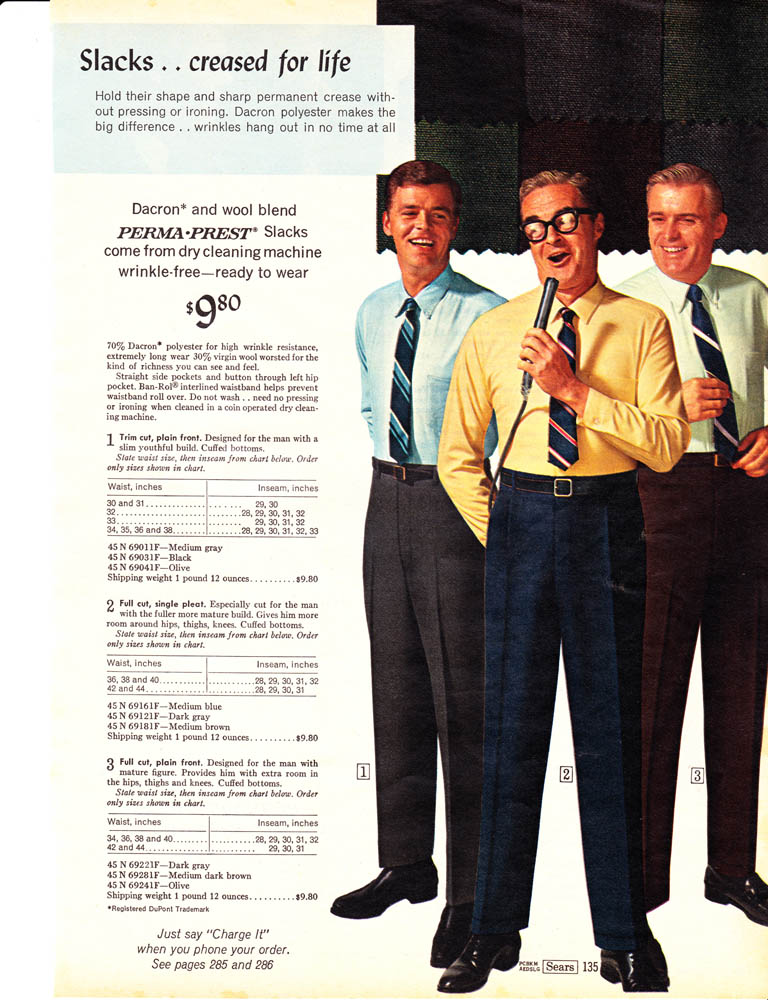 Somewhere out there, there are 50-year-old pants made of Dacron that still have their crease. There was a different standard of dress in the 1960s. These fellas having a karaoke party are possibly high schoolers.

7. Valet chairs were a bedroom necessity. 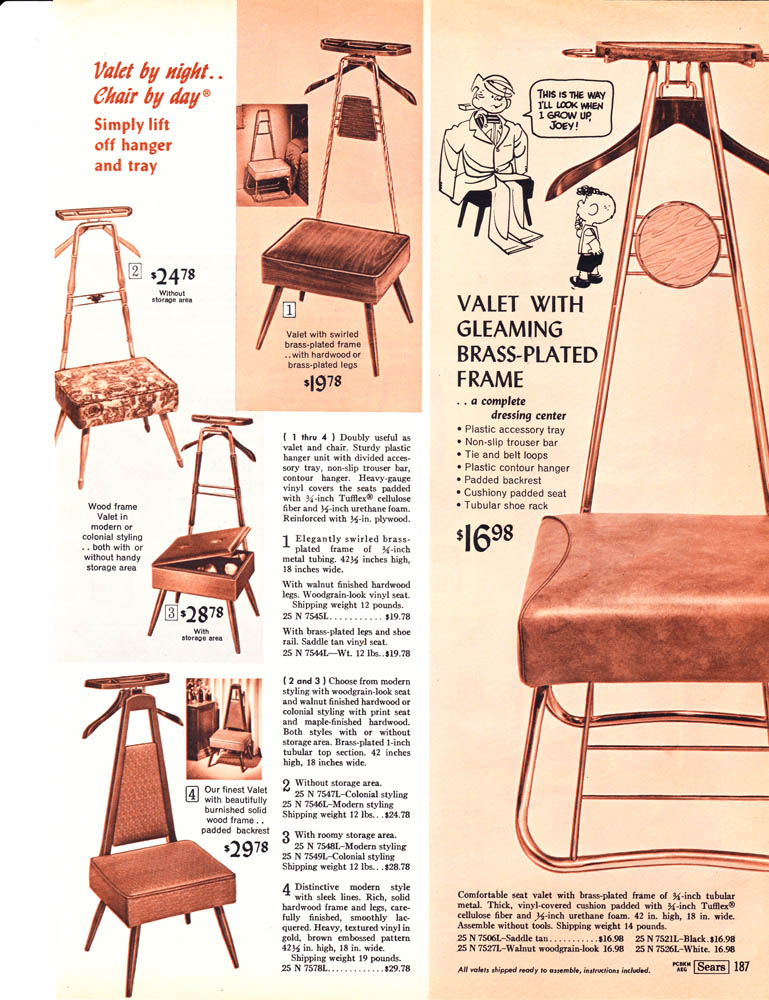 Ikea needs to bring these back. Call them the "Hängerstøøl."

8. There was much more optimism about the future. 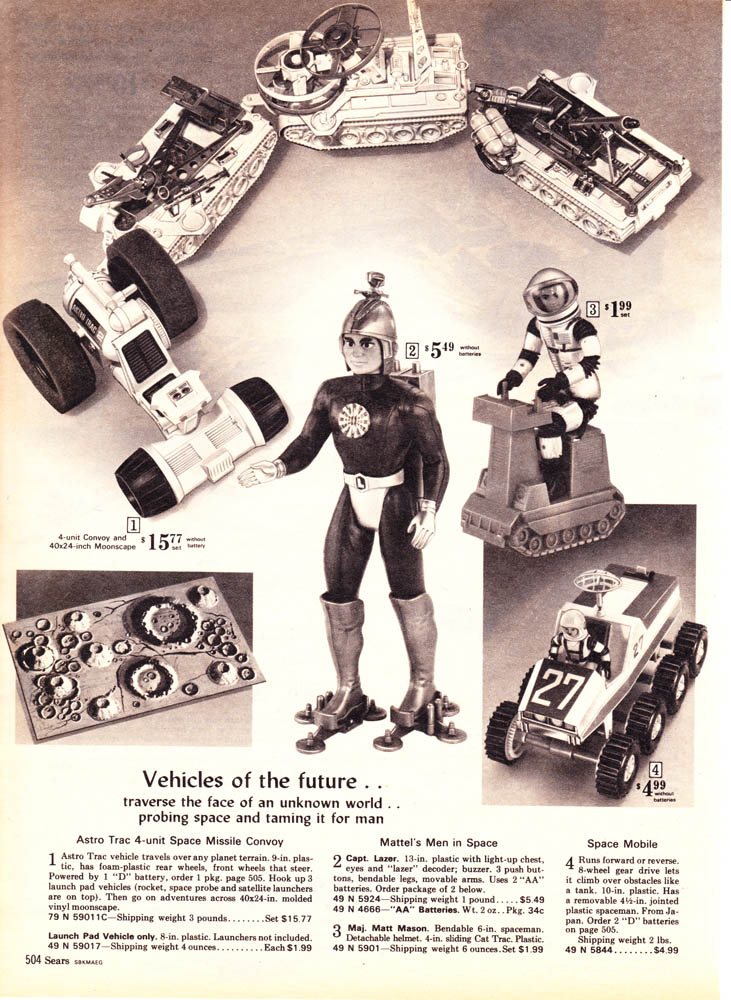 We were all supposed to look like Capt. Lazer and Maj. Matt Mason by now.

9. Hip-hop had a different meaning. 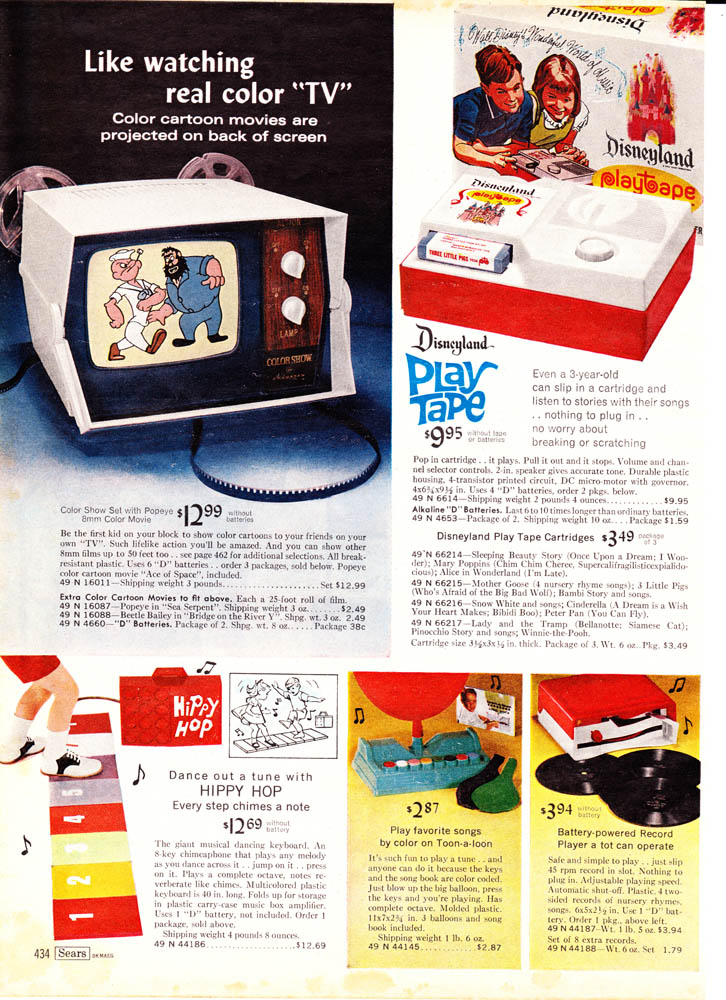 Kanye West's next tour could use a Hippy Hop keyboard. 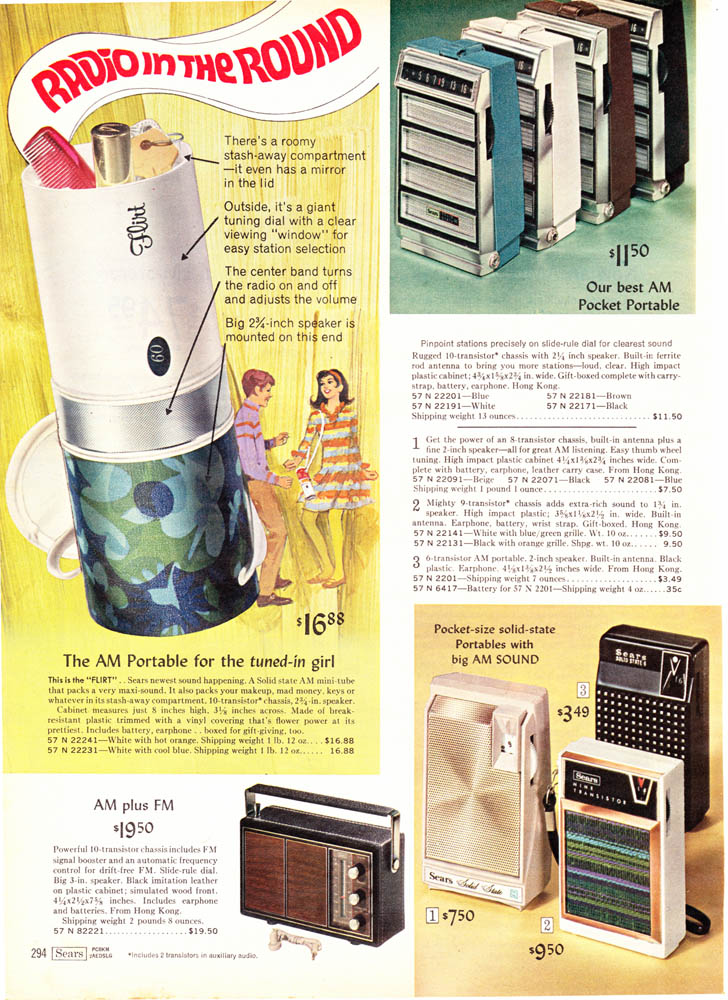 Transistor radios were fantastic devices. This particular "Flirt" model for the "tuned-in girl" could stash "makeup, mad money, keys or whatever." Naturally, it comes in two "flower power" looks.

11. The handlebars on bikes were incredible. 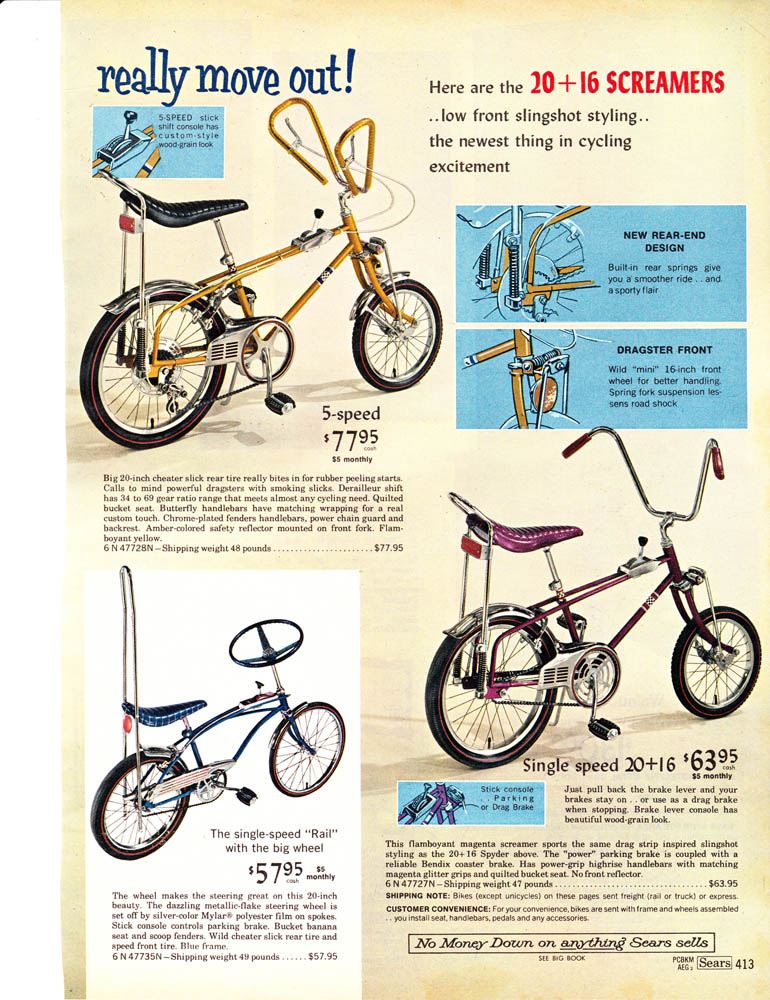 A steering wheel on a bicycle! Amazing. These two-wheel rides were tricked out like hot rods. 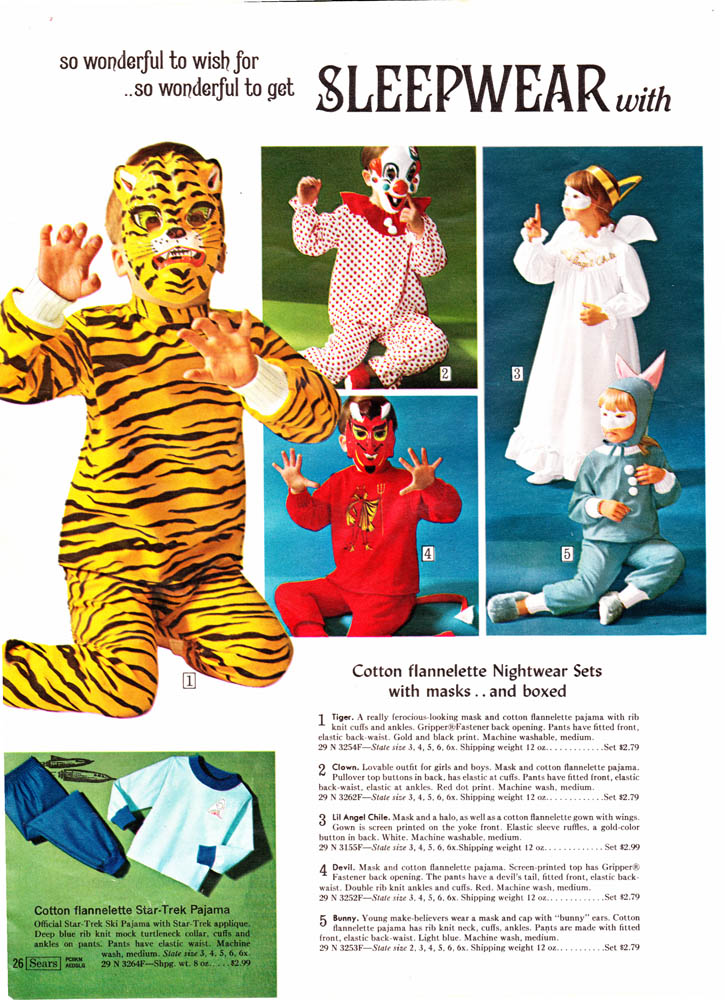 Kids were tougher back then. They fought nightmares with nightmares. The Star Trek jammies are sweet, too.
Catalog pages from Wishbookweb.com.

LynnBurgess 28 months ago
My dad had a valet chair!
Like Reply Delete

cookiegirl1957 LynnBurgess 15 months ago
I still have my dads..I use it every day. Its part of my dressing routine.
Like Reply Delete