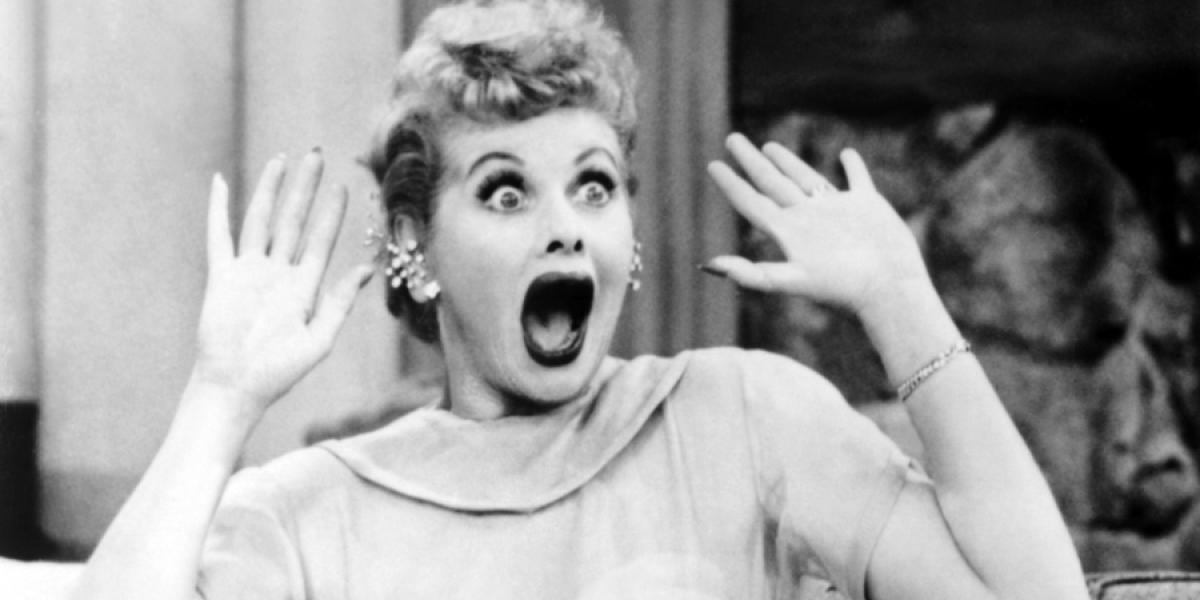 How genius and confident was the title "I Love Lucy"? It was as if Lucille Ball knew that the world would fall for her — and we all did.
There are few entertainers who have been so universally beloved as Ball. What makes her so remarkable is just how unlikely her career path seems in hindsight. She blazed new trails in her rise to the top, and her success hardly came overnight. Everyone knows she was funny; more should recognize what an amazing person she was in all regards.
Ball is one of the most inspiring, sharp and pioneering women in American history. Today would have been her 104th birthday.
To honor the occasion and toast the role model, here are 11 reasons why we will love Lucy. We could easily go on. Tell us why you love Lucy in the comments!
She went to acting school with Bette Davis.
Ball looked up to her older classmate Davis at the John Murray Anderson School for the Dramatic Arts in New York City. The school was not thrilled with her work. "Lucy's wasting her time and ours. She's too shy and reticent to put her best foot forward," they wrote her mother.
She was originally a model for fashion designer Hattie Carnegie.
Hilarious and stunning.
She was a natural brunette.
She first dyed her locks blonde for her stage and modeling career, eventually going red when she hit Hollywood. Desi once announced on air, "The only thing red about Lucy is her hair, and even that is not legitimate."
She was 40 years old when I Love Lucy began.
Who says you have to get your big break in your twenties?

She had her first child that same year.
Oh, and Lucy also began raising a family at the same time. 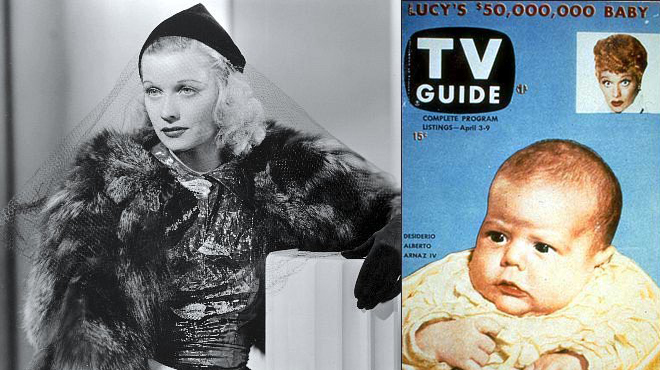 She was six years older than Desi Arnez.
Ball bucked societal norms of the times and married a younger man. The two falsified their birth years, splitting the difference and telling people they were both born in 1914.
She pioneered the sitcom as we know it.
I Love Lucy was the first sitcom taped live before a television audience. The three-cameras-and-a-set technique would become standard in the industry.
She was the first woman in television to head her own production studio.
After her divorce from Desi in 1960, she bought his stake in Desilu and took control of the production company. The Desilu studios created and filmed some of the most memorable television of the 1960s — The Untouchables, The Andy Griffith Show, My Three Sons, Gomer Pyle, I Spy, Star Trek, Mission: Impossible and many more!
She is a major reason that Star Trek exists.
NBC passed on the first pilot episode of Star Trek, a Desilu production, deeming the show "too cerebral." Thanks to some Hollywood pull on Ball's part, the show got a rare second chance, filming a second pilot, "Where No Man Has Gone Before."
She remained close friends with Vivian Vance and continued to work alongside her.
The two worked together on The Lucy Show, and Vance continued to pop in as a guest on Here's Lucy. We love how they were besties in real life, too!
She holds the record for appearing on the most covers of TV Guide.
Ball graced thirty-nine covers of the magazine, including the first ever issue of the magazine in 1953.
Watch I Love Lucy Weekdays at 7:30AM | 6C on MeTV — and starting this fall on Sundays at 4PM | 3C!

DavidBugea 39 months ago
I Love Lucy was NOT the first sitcom TAPED live before a television audience.

It was FILMED on 35mm film stock. In fact, Jess Oppenheimer and Dann Cahn created a special, three-headed Moviola editing machine (dubbed, “the three-headed monster) to allow the film from Karl Freund’s three cameras to be run and viewed simultaneously during editing.

Videotape didn’t see its first use in broadcasting until November 30, 1956, when Ampex (financially backed by Bing Crosby) demonstrated its use to CBS for a time-delayed broadcast of a news program. Alas, early videotaped masters were frequently recorded over with other programs, due to the cost of the tape at the time. So in that way we’re lucky that I Love Lucy was NOT taped, as the shows likely would’ve been lost.