We found the perfect Christmas and holiday gifts for the classic TV lover, from Star Trek clothing to Batman toys, books, candy and more. 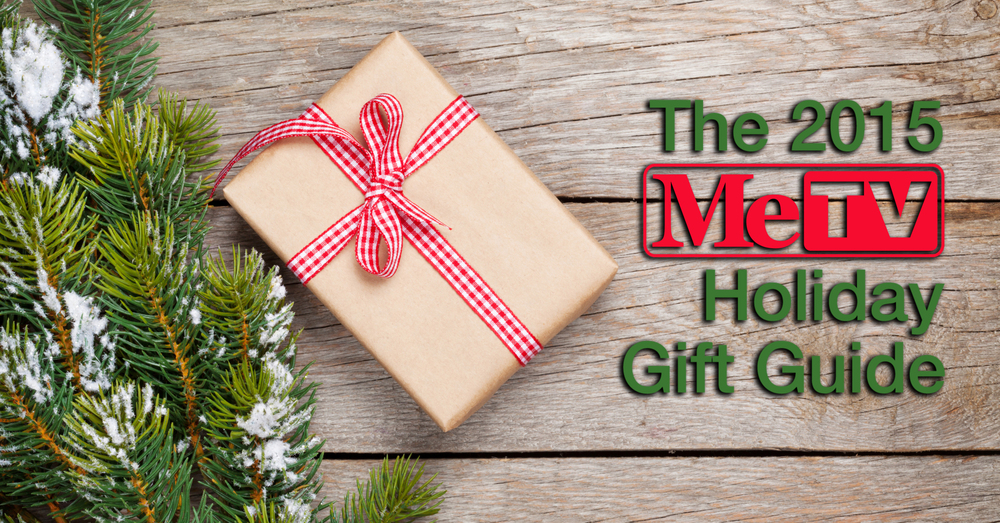 Share
It's never too early to start shopping for presents — or for yourself. We have already shown you some awesome new ornaments themed on classic television shows, now we have rounded up some gift ideas for lovers and retro pop culture. Here's how it went: We thought, "What would we want?"
We found some cool stocking stuffers, collectibles, clothing, DVDs and more. As you might suspect, there is no shortage of products for the Trekkie in your life. Tune in to our Very Merry MeTV and get shopping!

1. 'Andy & Don: The Making of a Friendship and a Classic American TV Show' 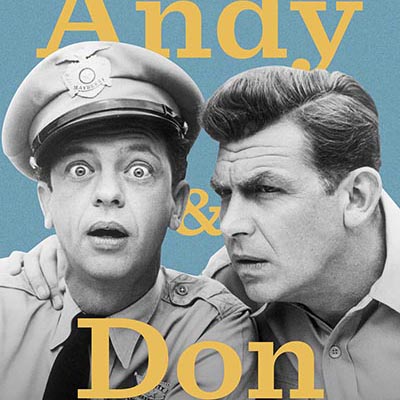 $26.00, amazon.com
A heartwarming and insightful new book takes an in-depth look at the lifelong bond between Andy Griffith and Don Knotts — behind the scenes of The Andy Griffith Show and beyond. It's a rich biography of both a friendship and a television series, written by Daniel de Visé, a brother-in-law of Knotts. Read an excerpt of the book on our website. 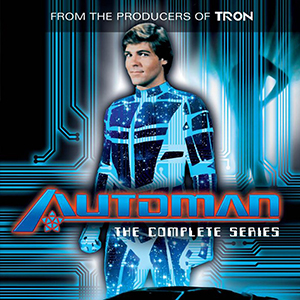 $26.99, amazon.com
We love obscure television shows of the past. While this Desi Arnaz, Jr. vehicle may never make the MeTV rotation, the early-'80s series is kitschy fun for fans of Knight Rider and Tron. This new DVD set gathers its lone season. 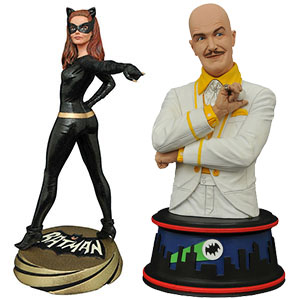 $150 and $59.99, diamondselecttoys.com
Who wouldn't want Julie Newmar standing atop one's desk? We certainly do. The Vincent Price sculpture is a well captured likeness. Please note: While these collectibles are available for pre-order, they do not ship until Spring 2016. Still, it makes a great gift for Batman lovers. 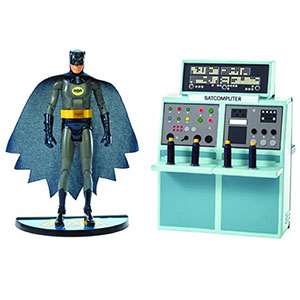 $29.99, toysrus.com
This Adam West action figure from Mattel comes with a Batcomputer from the show. You're never too old to stop playing with toys. 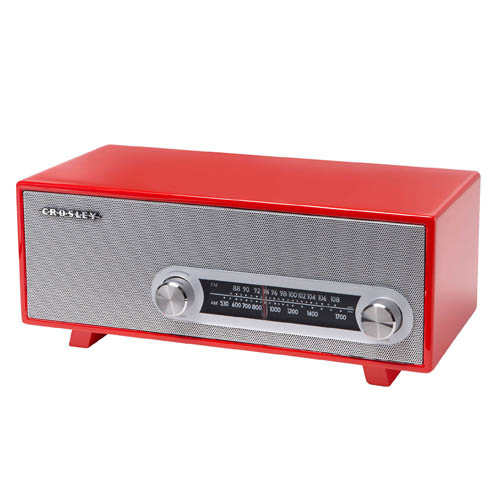 $99.95, crosleyradio.com
We dig the 1950s retro styling of this radio. If you live in the Chicago area, its the perfect device for listening to MeTV FM. 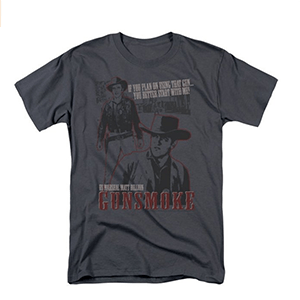 While they didn't wear T-shirts in the Old West, you can still represent Dodge City with this look. 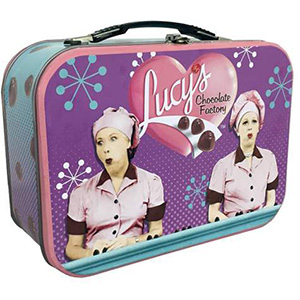 $14.95, lucystore.com
The official Lucy store has lots of goodies. New for this season is this lunch box. If this is your favorite episode of 'I Love Lucy,' don't forget to vote in our Pick Me special! We're airing the episodes you choose. 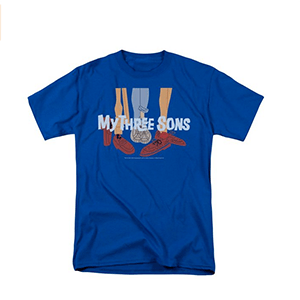 Various, amazon.com
Pay tribute to the second longest running live-action sitcom of all time with this shirt. Did you know the man who did that opening credits sequence also created the "beaming" effects on Star Trek? 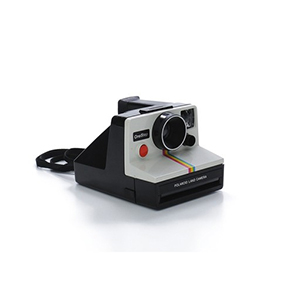 $99, polaroid.com
Yes, they still make them like they used to. Instead of slapping some phony Instagram filter on your smartphone shots, use a real Polaroid. The look has been kept the same with the model. Don't forget to stock up on film, too. Besides, it's more fun to shake. 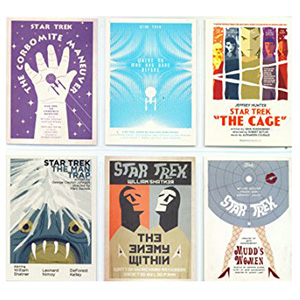 $55, cardboardconnection.com
The Next Generation card set is new for 2015, but you can still for TOS cards from 2014. We love these cards with cool retro-styled posters for each episode. 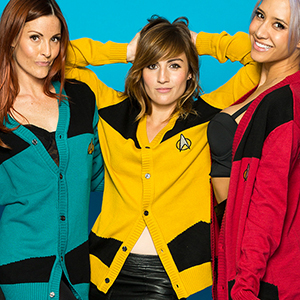 $15–$60, welovefine.com
Yes, there is now an official Star Trek clothing line. You can find cardigans, yoga clothes, neckties, denim Klingon jackets and other threads for the Starfleet lover. 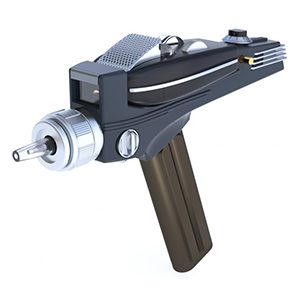 $149.95, startrek.com
While we don't condone changing the channel when Star Trek is on MeTV's Super Sci-Fi Saturday Night, you could at least program this universe remote to crank up the volume. Set your phaser on "record." 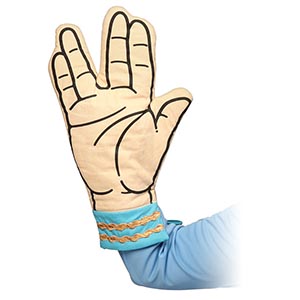 $14.99, thinkgeek.com
Pull a pipin' hot casserole out of your replicator with no fear. 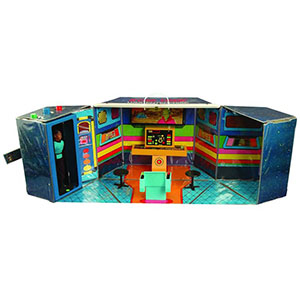 $60, diamondselecttoys.com
Like the Batman statues above, this playset will not be available until Spring 2016. Then, you will have the perfect setting for your Star Trek dolls. 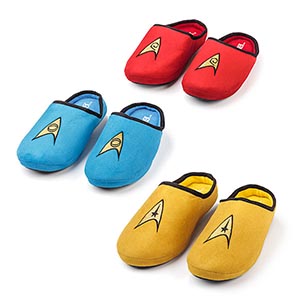 $19.99, thinkgeek.com
During the winter, your floor can feel like the surface of Alfa 177 at night. Keep those toes cozy with these slippers for all ranks. 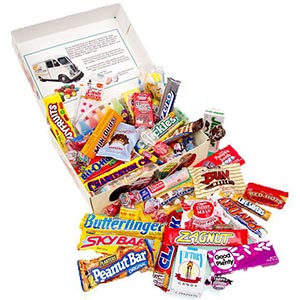 $20/month, boxes.mysubscriptionaddiction.com
This subscription box delivers candy from the 1940s–1980s to your doorstep each month. It's the perfect thing to snack on while you watch Happy Days. 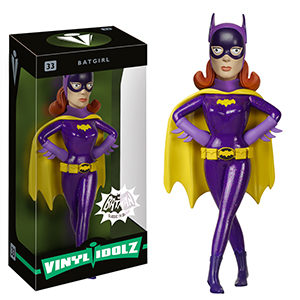 $19.99, vinylsugar.com
Vinyl Idolz has released a new line of figures based on Batman. There's Adam West, Burt Ward and Cesar Romero, of course, but we're paying tribute to the late, great Yvonne Craig with this cool Batgirl toy.
Are you sure you want to delete this comment?
Close