How much do you know about the decade of rock & roll? Test your trivia knowledge with this retro-retro quiz. 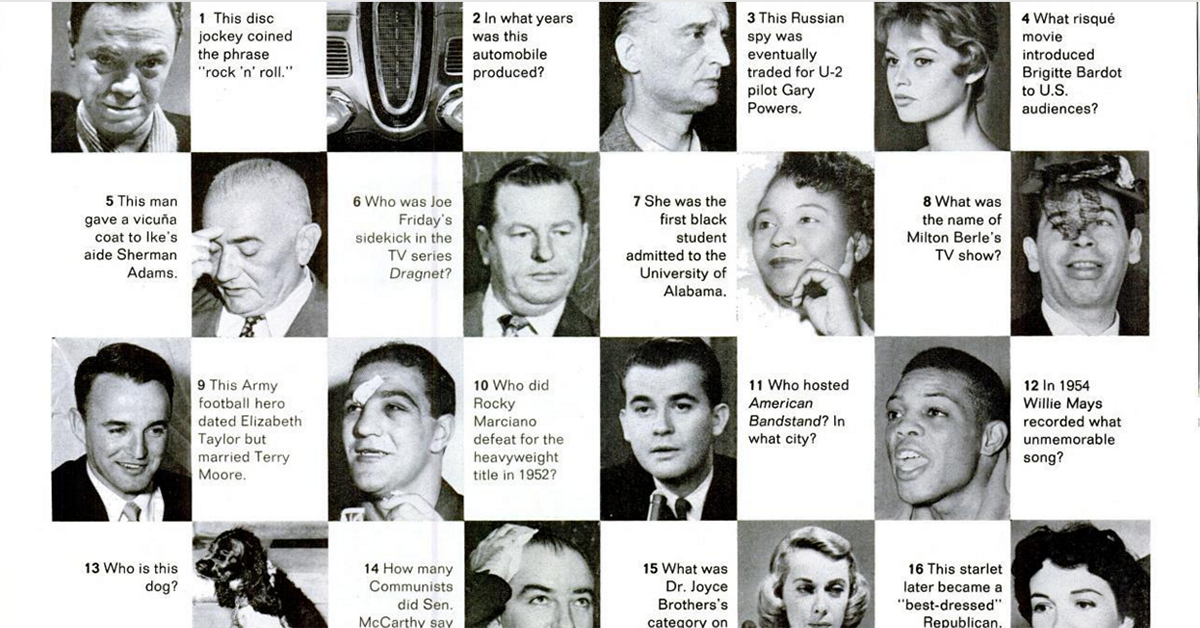 In the early 1970s, the first major modern wave of nostalgia swept across the nation. In a tumultuous time, people were looking back two decades to a more black & white era, the 1950s. Grease was the word on Broadway, American Graffiti had Bill Haley & the Comets blasting on its soundtrack, and Happy Days arrived on television.

In the summer of 1972, LIFE magazine devoted an issue to the '50s revival. The photo spreads were filled with black leather jackets, poodle skirts and ducktail haircuts. The cover story, titled "The Nifty Fifties," wrote of bubblegum and "Greaser Day" at universities.

There was also a quiz at the end of the feature. And it is rather tough. The test covered everything from TV to politics. See how well you can do with these 24 questions. 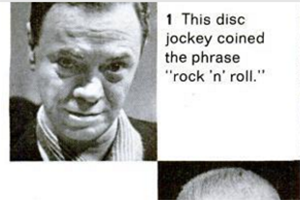 Hint: He worked out of Cleveland and had the nickname "Moondog."

2. In what years was this automobile produced? 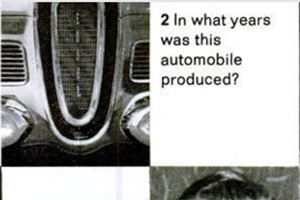 Hint: It is the Edsel, and it was only made for three years.

3. This Russian spy was eventually traded for U-2 pilot Gary Powers. 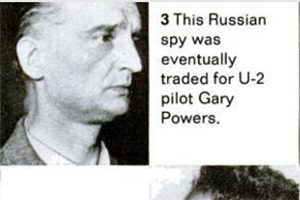 Hint: Mark Rylance won an Oscar for portraying this man in Spielberg's Bridge of Spies. 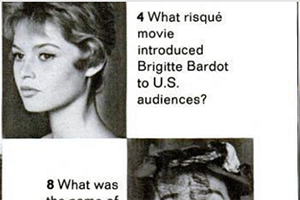 Hint: This French film hit American theaters in 1957. Rebecca De Mornay starred in the remake in 1988. 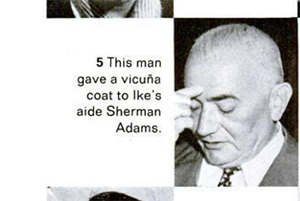 Hint: This Boston textile manufacturer caused a scandal with his gifts, which also included an Oriental rug.

6. Who was Joe Friday's sidekick in the TV series Dragnet? 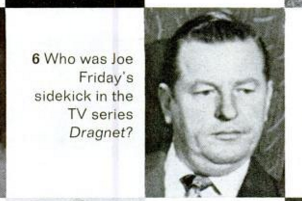 Hint: He was played by Ben Alexander.

7. She was the first black student admitted to the University of Alabama. 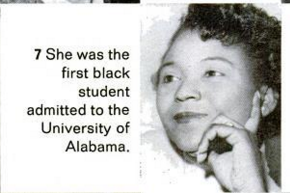 Hint: This daughter of a sharecropper sat in her first class at the university on February 3, 1956.

8. What was the name of Milton Berle's TV show? 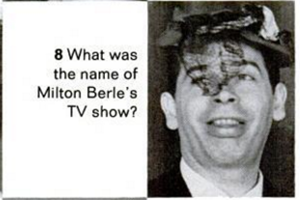 Hint: It's named after an oil company. 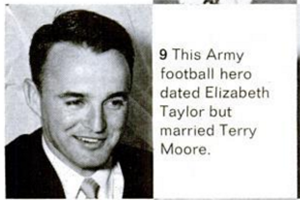 Hint: Lou Grant talks about this Heisman Trophy winner in a season five episode of The Mary Tyler Moore Show.

10. Who did Rocky Marciano defeat for the heavyweight title in 1952? 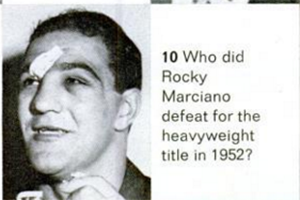 Hint: He was from the same place as Bon Jovi and Bruce Springsteen.

11. Who hosted 'American Bandstand'? In what city? 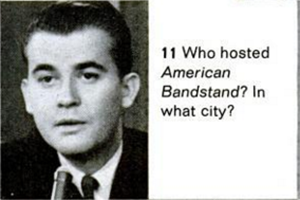 Hint: You should really know this one. 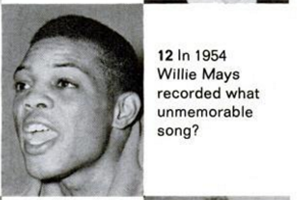 Hint: It was titled after his nickname. 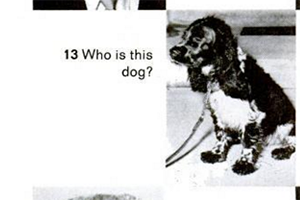 Hint: He was owned by Nixon and named for a board game.

14. How many Communists did Sen. McCarthy say were in the State Dept.? 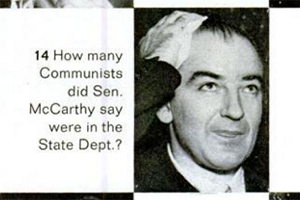 Hint: There are three answers. Honestly, if you get this one we are very impressed. 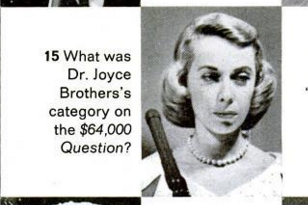 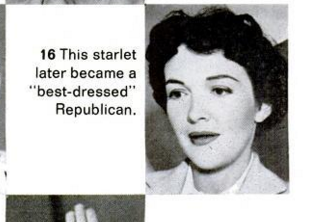 17. Who was James Dean's girl-friend in 'Rebel Without a Cause'? 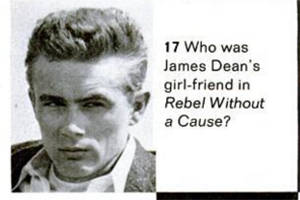 Hint: She also starred in West Side Story.

18. What was the first movie seen through these special glasses? 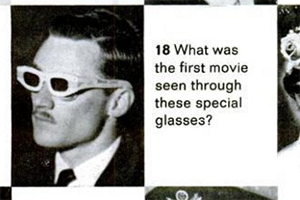 Hint: Robert Stack starred in this eye-popping adventure about lions.

19. This woman refused to move to the back of the bus. Where? 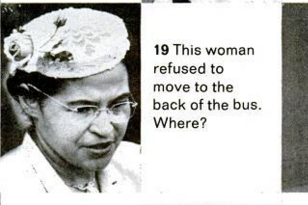 Hint: It is a capital.

20. Who closed his daily TV show with this gesture? 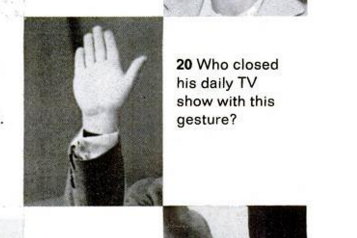 Hint: This Today host would salute and say "Peace." 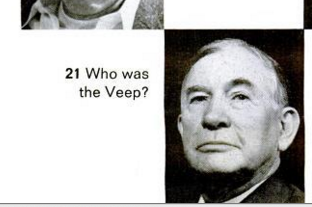 Hint: This question is a bit misleading, as this man was the Vice President until 1953 under Truman.

22. What prompted this famous reaction from Gen. Eisenhower? 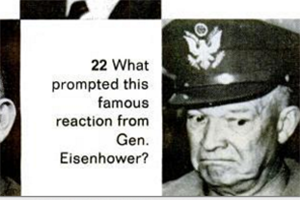 Hint: Was this the first meme? It had to do with Truman.

23. On what island did Ingrid Bergman enjoy a scandalous romance? 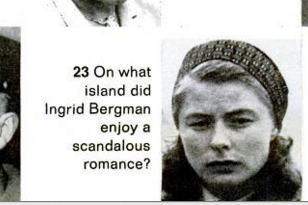 Hint: It is also the name of a cheesy, meaty Italian meal similar to a calzone.

24. Name this ridiculous shoe which sold more than a million pairs in 1956. 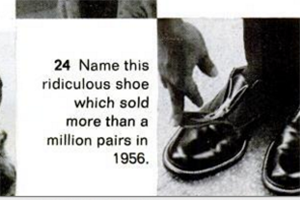 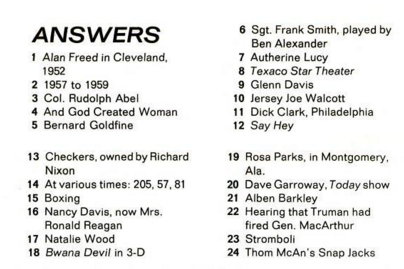 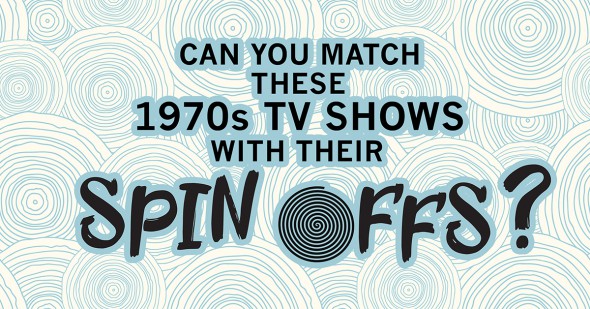 Can you match these 1970s TV shows with their spin-offs? 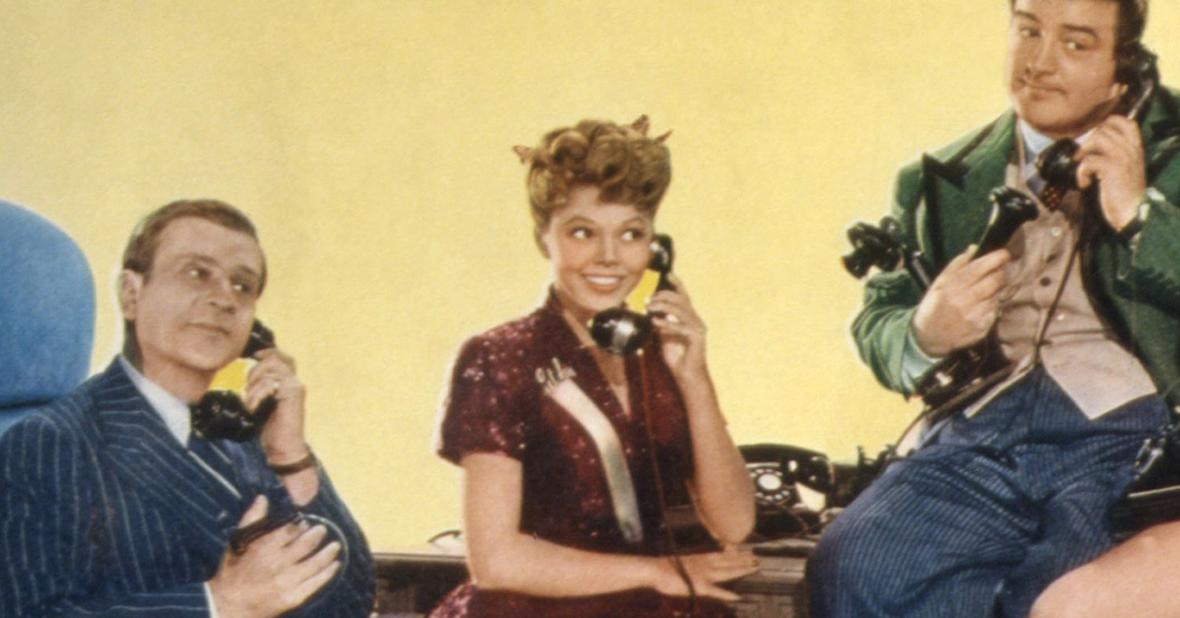 newsobituaries
R.I.P. Jean Porter, actress from 'The Abbott & Costello Show'
Are you sure you want to delete this comment?
Close