9 celebrities who died under mysterious circumstances

Accident, murder or something else? 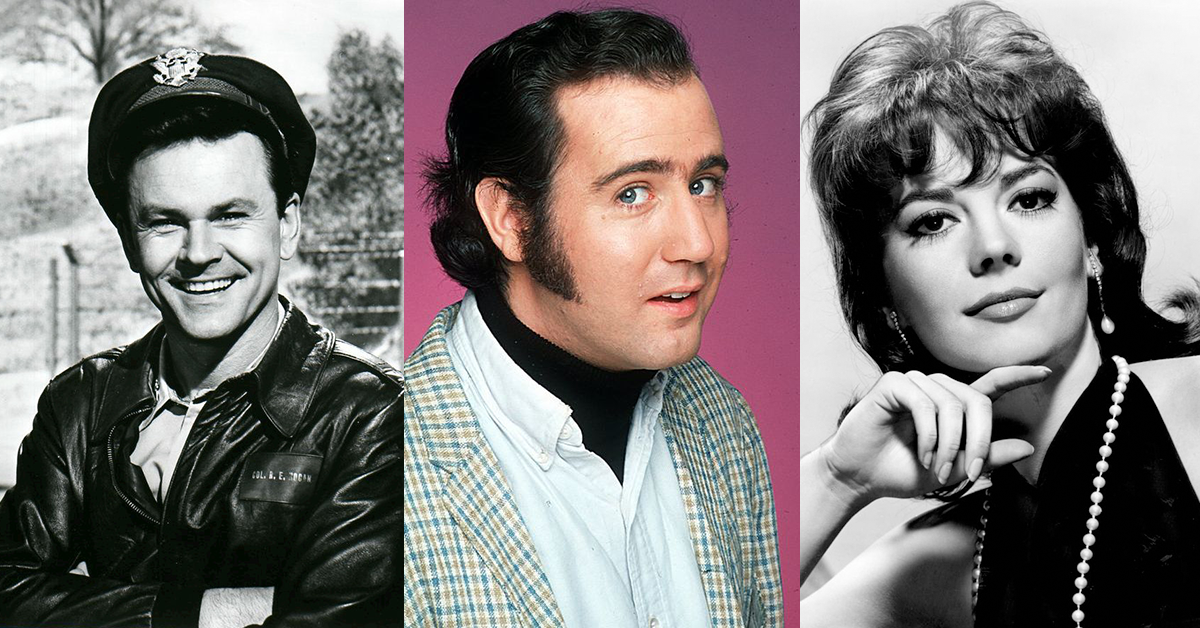 We have previously examined unsolved mysteries of the past. Now, let's specifically explore some Hollywood deaths that continue to stir imaginations to this day. These tragic ends are the stuff of conspiracy theories and myth-making. Here are nine actors whose endings led to mystery. What are your theories? 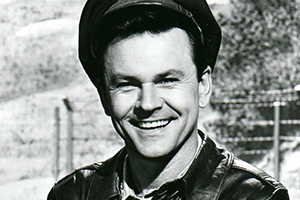 The Hogan’s Heroes star was found dead in his Scottsdale, Arizona, apartment on June 29, 1978, after he failed to show up for a lunch meeting. Crane was bludgeoned to death with what was believed to be a camera tripod, and had an electrical cord tied around his neck. DNA testing was not yet available which made the investigation tricky. Crane’s “manager” John Henry Carpenter (a Sony Electronics sales manager who helped Crane videotape his sexual encounters), was arrested for the murder in 1992, but was acquitted due to a lack of substantial evidence. The case remains unsolved, though there was a movie made about it, 2002's Auto Focus. 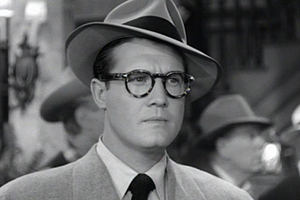 In the early hours of June 16, 1959, a gunshot was fired with Adventures of Superman actor George Reeves on the fatal receiving end. But who pulled the trigger? It’s been a subject of debate for decades (and another Hollywood film). While officially ruled a suicide by the Los Angeles Police, conspiracies surrounding Reeves’ death rage on. Reports from the evening differ. House guests, including Reeves’ fiancé Leonore Lemmon, claim he retired to the upstairs bedroom of his Benedict Canyon home while they stayed up drinking. They heard a gunshot, found Reeves dead upstairs, called police hours later (a delay blamed on confusion and intoxication) and that was that. But statements from Fred Crane, one of the guests that evening, put Lemmon at the scene of the crime, and even claim that she ran downstairs yelling, “Tell them I was down here!” No gunpowder was found on Reeves’ skin nor were there fingerprints on the gun, which further complicates the suicide theory, though there are possible explanations for the absence of both. More than that, those close to Reeves say he simply wasn’t the type to commit suicide. Reeves’ ex-girlfriend Toni Mannix reportedly later confessed that she had him murdered as punishment for their breakup, though Mannix suffered from Alzheimer’s disease and no evidence was ever produced. 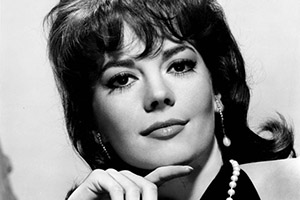 The West Side Story actress tragically drowned while on a weekend boat trip to Santa Catalina Island in California. Though initially ruled an accident, the facts have long been disputed. No one else on the boat — including her husband, Robert Wagner, and actor Christopher Walken — admitted to seeing her enter the water. When Wood’s body was discovered, she was covered in bruises and had an abrasion on her left cheek. An autopsy found that Wood had alcohol, motion-sickness pills and painkillers in her system; the coroner report says she was likely drinking and accidentally slipped while trying to re-board. That was the common assumption until 2011, when the boat’s captain Dennis Davern publicly stated that he lied to police and that Wood and Wagner had a fight that evening, and that he believed Wagner responsible for her death. Wood’s death certificate was changed from “accidental drowning” to “drowning and other undetermined factors.” The case remains open. 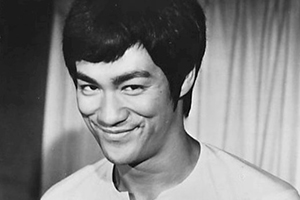 On July 20, 1973, 32-year-old martial artist and actor Bruce Lee complained of a headache, was given an Equagesic — a painkiller that contains both aspirin and the tranquilizer meprobamate — and went down for a nap. He never woke up. His death was said to be an allergic reaction to the tranquilizer resulting in a cerebral edema (he had suffered a previous edema months before), though others claim his death was due to a negative reaction to cannabis, which Lee consumed regularly to reduce stress. Because he was so young, news of his death invited wild media speculation, from murder to a family curse. 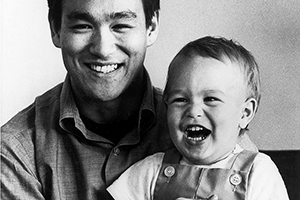 Sadly, Bruce Lee’s son Brandon also died young, at age 28, and also under strange circumstances. While filming the horror film The Crow, Lee was accidentally killed by a prop gun that, due to a malfunction in a previous scene, was accidentally loaded with a dummy bullet and a live primer. When the gun was fired, the bullet was ejected with virtually the same force as if loaded with a live round. Lee was hit in the abdomen and died in surgery later that day, on March 31, 1993. Like his father, Brandon’s abrupt death fed rumors. Conspiracy theorists believe Illuminati symbolism in The Crow points to a ritualistic murder, while others believe the eerie similarities between the father-son deaths were proof of a family curse. 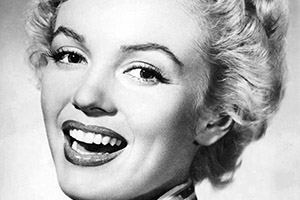 Screen siren Marilyn Monroe was found dead in her Brentwood home on August 5, 1962. Toxicology reports concluded that the cause of death was barbiturate poising several times over the lethal limit, which pointed to suicide and not an accidental overdose. Monroe had a history of emotional outbursts and depression and had overdosed in the past, making news of self-inflicted death no surprise to those near to her. However, Monroe’s colorful personal life led to several conspiracy theories about her death, most famously that Bobby Kennedy ordered her murder after she had separate affairs with both him and his brother, President John F. Kennedy, to protect the family name. 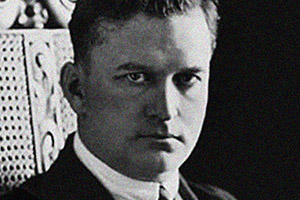 The silent film actor and filmmaker, known as the “Father of the Western,” died November 19, 1924, at the age of 44, supposedly of heart failure and other health complications. However, varying accounts have made his death the subject of much speculation. Days prior to his passing, Ince was a guest on the yacht of William Randolph Hearst, along with other notable celebrities like Charlie Chaplin and Aileen Pringle. After falling ill, Ince departed the yacht and passed away in Los Angeles. However, after Chaplin’s valet claimed to have seen a bullet wound in Ince’s head when he left the boat, rumors swirled that Hearst shot and killed him. Despite the insistence of Ince’s widow, Nell, that her husband died of natural causes, the myth of his death endures. 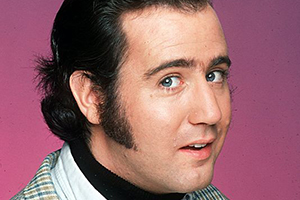 Actor and comedian Andy Kaufman died on May 16, 1984, from kidney failure caused by metastasized lung cancer. Or did he? Prior to his death, Kaufman allegedly told friends and family that he wished to fake his own death and live in privacy for 20 years, when he would reveal the hoax. When 2004 passed without an appearance from Kaufman, it seemed confirmed that her was indeed dead. Still, the hoax rumors live on. Kaufman’s close friend Bob Zmuda has both confirmed and denied the hoax off and on throughout the years, and in 2013 a young woman came forward at the 9th Annual Andy Kaufman Awards in New York claiming to be Kaufman’s daughter, though it was later revealed that the woman was an unrelated actress pulling a prank. 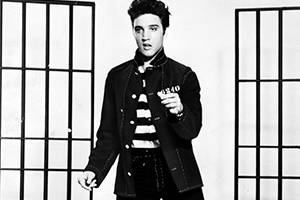 The King of Rock & Roll was found unresponsive on the bathroom floor of his Memphis home, Graceland, on August 16, 1977, and died later that afternoon at Baptist Memorial Hospital at age 42. Presley’s pharmaceutical drug dependency — prescribed to him by his personal physician, who later had his license temporarily suspended — was blamed for his deteriorating health and the heart attack that eventually caused his death, although discrepancies in his death certificate and alleged post-mortem sightings of the star have led to outside speculation, namely that he faked his death so he could escape fame and live in peace.