The 1980s undercover cop series provided a series of firsts for its network, and offered a musical showcase for one of its stars — though not Johnny Depp. 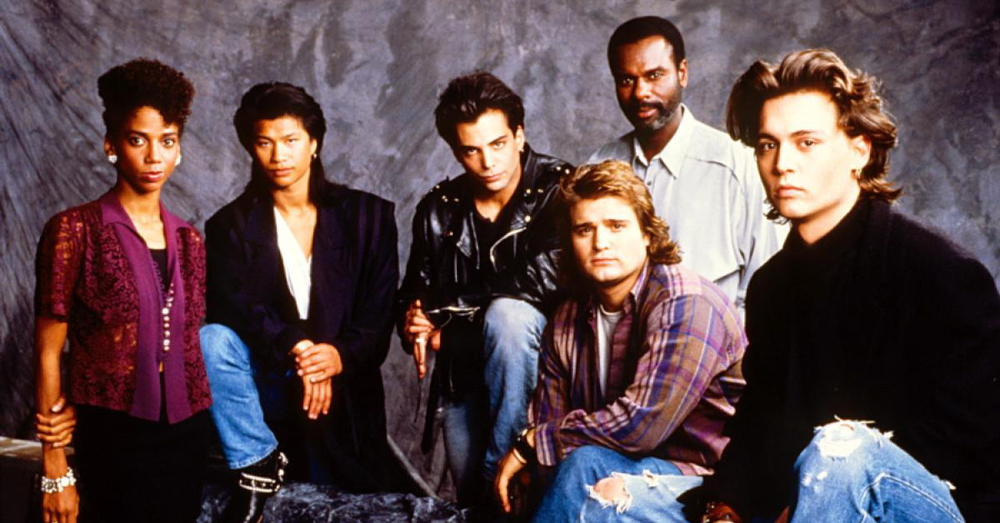 Who would have predicted that 21 Jump Street would bear so much fruit for Hollywood? The cop drama began on a fledgling network and spawned one of the most successful actors of his generation — if not the most successful. A young Johnny Depp is certainly the main draw in hindsight, but the premise itself led to a wildly popular cinematic reboot in 2012 and a sequel.

Despite budding on the brand-new Fox Broadcasting Company in 1986, the show had a strong pedigree. Creators Patrick Hasburgh and Stephen J. Cannell were kings of Eighties action, with credits like The A-Team, Hardcastle and McCormick and The Greatest American Hero under their belt.

1. It was the first drama for the young Fox network 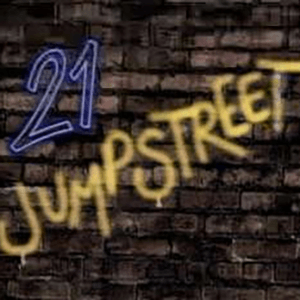 Fox's first foray into original programming came in late night with a Joan Rivers talk show in the tail end of 1986. Married… with Children and The Tracey Ullman Show followed, planting a stake in Sunday primetime in April 1987. 21 Jump Street premiered a week later.

2. It was originally called 'Jump Street Chapel' and Jeff Yagher was in the Depp role 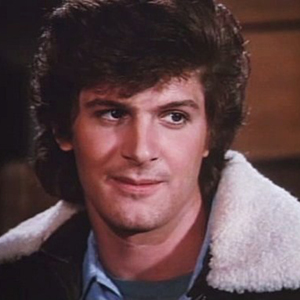 The series originally carried the title Jump Street Chapel, named for the erstwhile church that served as the uncover cops' base. Being a new show on a new network, there were fears that "Chapel" might mislead potential veiwers. Hence the change. The pilot also filmed with Yagher in the lead role of Tom Hanson. The actor was best known for his work on V, the follow-up to the alien invasion mini-series.

3. It was first Fox show to ever beat ABC, NBC or CBS in its timeslot 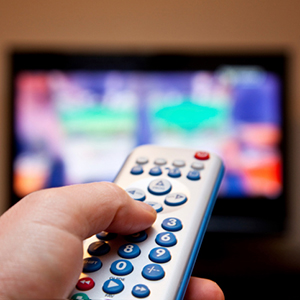 Jump Street kicked off the Sunday night lineup in the 7PM slot. Its competition included The Disney Sunday Movie, Our House and 60 Minutes. On August 23, 1987, just before the start of its second second, the show finally broke out of the ratings cellar. Still, Fox was so new and thinly spread. At the start of season three, the hit police show tied World's Greatest Stunts and Something Is Out There for 59th overall. 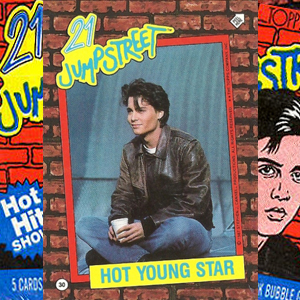 The trading card did not lie. Depp was undeniably the hot young star. Coming off Platoon, the actor was aspiring for more cinematic work, or at least a big break for his rock band (more on that below). He took the television role thinking it would hardly last, which was not pessimism so much as realism considering the circumstances. He signed on for $45,000 an episode. Naturally, the show clicked with audiences, largely in part to his charisma. Depp became a Tiger Beat pin-up, which he loathed. Depp jumped Jump Street after the fourth season, though the show did credit his name in the first two episodes of season five — and put his image on the DVD collection of season five. 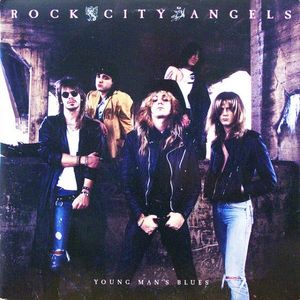 Depp is labeled as the typical actor-aspiring-to-be-musician, but the truth is its the other way around. He started in rock & roll, playing in garage and hair metal bands as a teenager. When Depp landed the part in 21 Jump Street, he was playing guitar in Rock City Angels, a Guns 'N' Roses–like act from L.A. Depp reluctantly had to bail, as the series filmed in Vancouver. The Angels then signed a $6.2 million dollar advance with Geffen records against future sales for its major-label debut, Young Man's Blues. Depp has writing credits on the track "Mary." 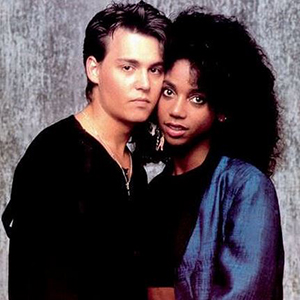 Depp was hardly the only aspiring musician in the cast. Holly Robinson (Judy Hoffs) sang the very of-its-era theme song — "Jump! Down on Jump Street!" With Hasselhoff aspirations, Richard Grieco also released an album in Germany. Grieco, of course, also earned a spin-off series for his character, Booker. However, they let Billy Idol handle that theme.

7. Brad Pitt and Johnny Depp appeared in a scene together 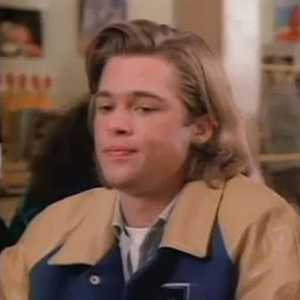 Pitt appears in the heavier suicide-themed episode "Best Years of Your Life," playing a talky pretty boy. Today, this scene alone would probably cost a studio around $40 million to put on a screen.

Runeshaper 17 months ago
Love this show! :)
Like Reply Delete