Find out what boxing, Charles Dickens, experimental parachutes and Desilu have to do with the face of 'The Twilight Zone.' 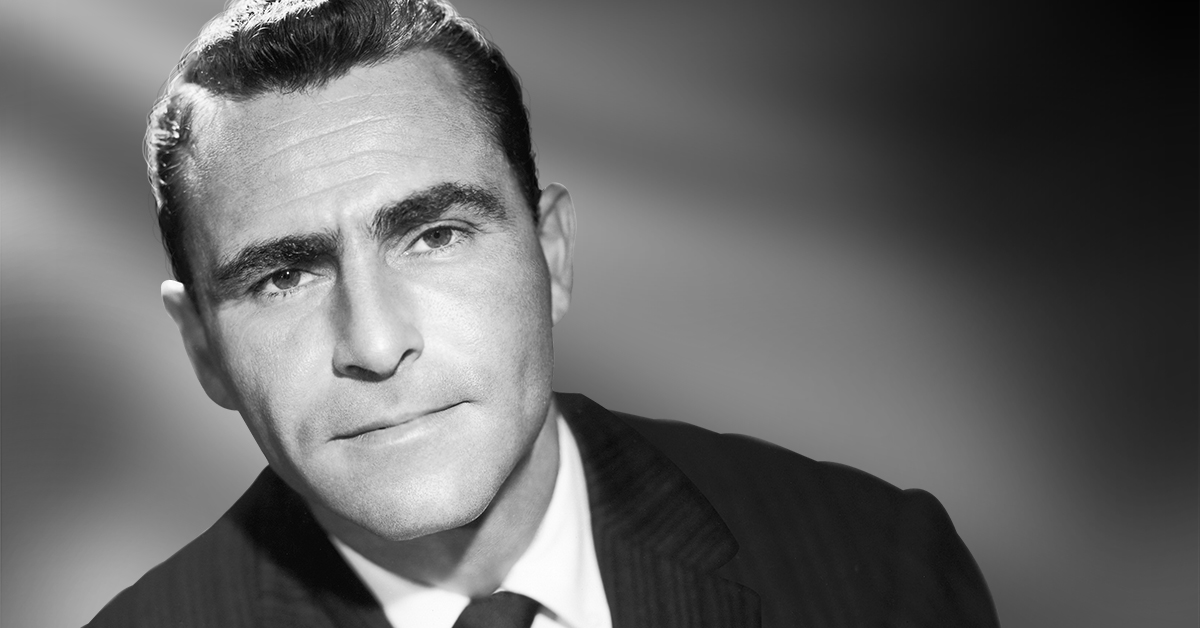 One of television's brightest, most literate pioneers and a true believer in the medium, Rod Serling was known as the "angry young man" of Hollywood early on in his career, clashing with studios and sponsors in his quest to loosen the corporate grip of censorship and write freely on controversial topics.

The man would maintain that outspokenness as an artist and a thinker throughout his career. Today, the acclaimed writer is most revered for having had the ability to produce works of drama that probe the human psyche in an imaginative and thoroughly unique way, many demonstrating a deep love for humanity and the belief in the possibility of a better tomorrow.

From The Twilight Zone to Night Gallery and everything before and after, here are 15 fascinating facts about Rod Serling. 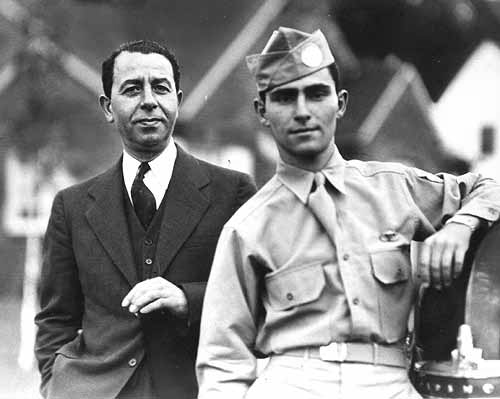 Serling enlisted in the U.S. Army the morning after his high school graduation. He served with the 511th Parachute Infantry Regiment of the 11th Airborne Division. Sent to the Pacific theatre, Serling fought on the Philippine island of Leyte, was part of the force that took Manila back from the Japanese and later was assigned to the occupation force in Japan. Among his military decorations are the Purple Heart, the Bronze Star and the Philippine Liberation Medal. 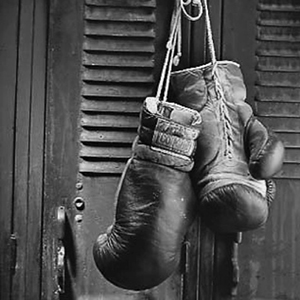 Having always had an interest in sports, Serling became a boxer while training in the Army. Rising to the second round of the division finals before being knocked out, he competed as a flyweight and had 17 bouts. Serling suffered a broken nose in both his first and last bout. 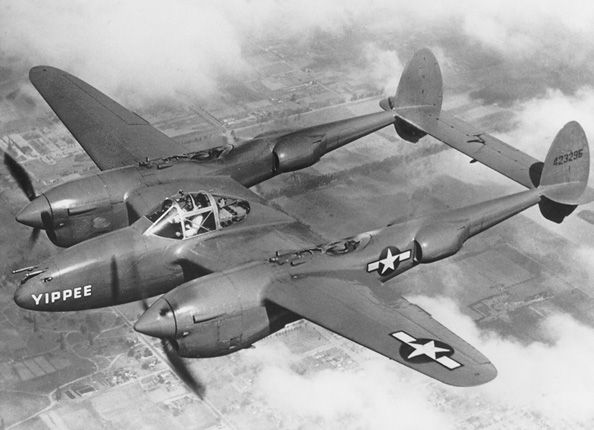 While in college, Serling made extra money testing equipment for the United States Air Force. Some of the parachute jumps and other experimental tests were so hazardous that he would be paid anywhere from $500 to $1,000 per stunt, sometimes being paid half up front and promised the other half if he should survive.

4. His first writing accolade came in college for a radio script. 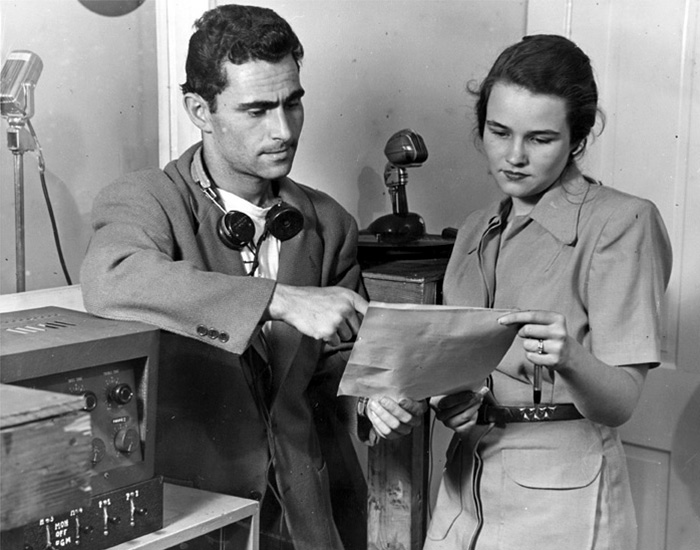 The budding writer submitted a script to the annual writing contest of radio program Dr. Christian. Of the thousands submitted, Serling's script was one of the few selected for broadcast. He won a trip to New York City and $500 for "To Live a Dream." Another winner was Earl Hamner, Jr., who would go on to write scripts for The Twilight Zone. 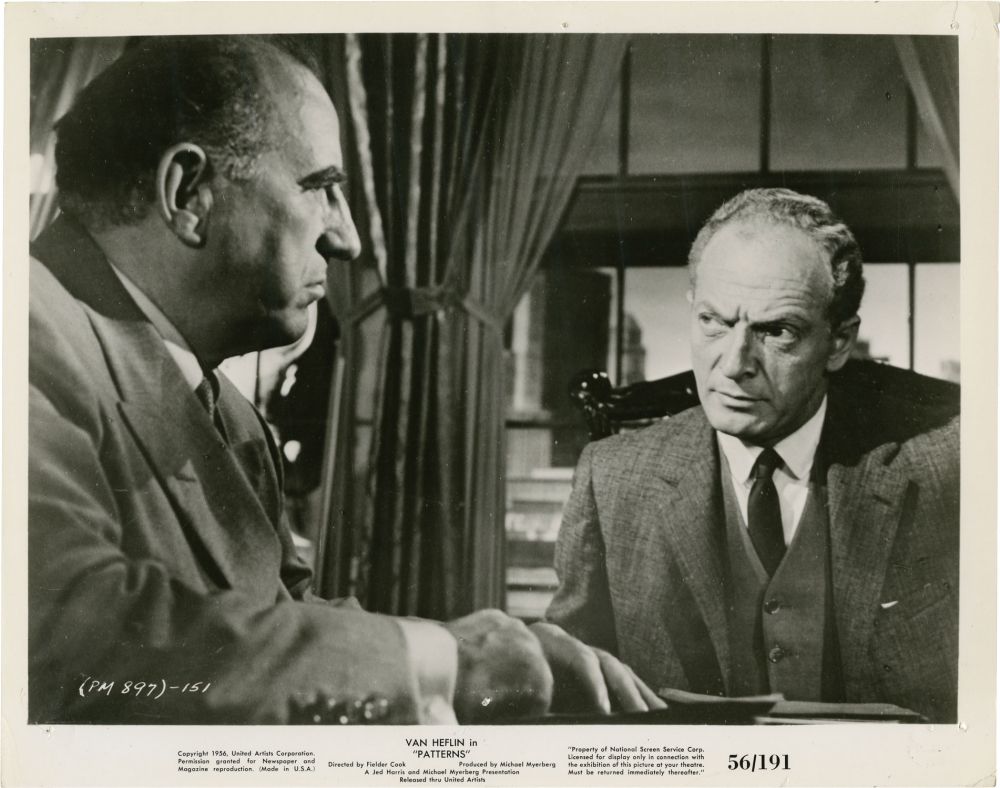 Serling's big break came in 1955 when the freelance writer's 72nd script was chosen for a live television broadcast on the nationwide Kraft Television Theatre. The episode was called "Patterns" and dramatized the power struggle between a veteran corporate boss and a bright young executive. While Serling didn't think the script was anything special, after the program's broadcast his life would never be the same.

6. He was a staunch opponent of censorship. 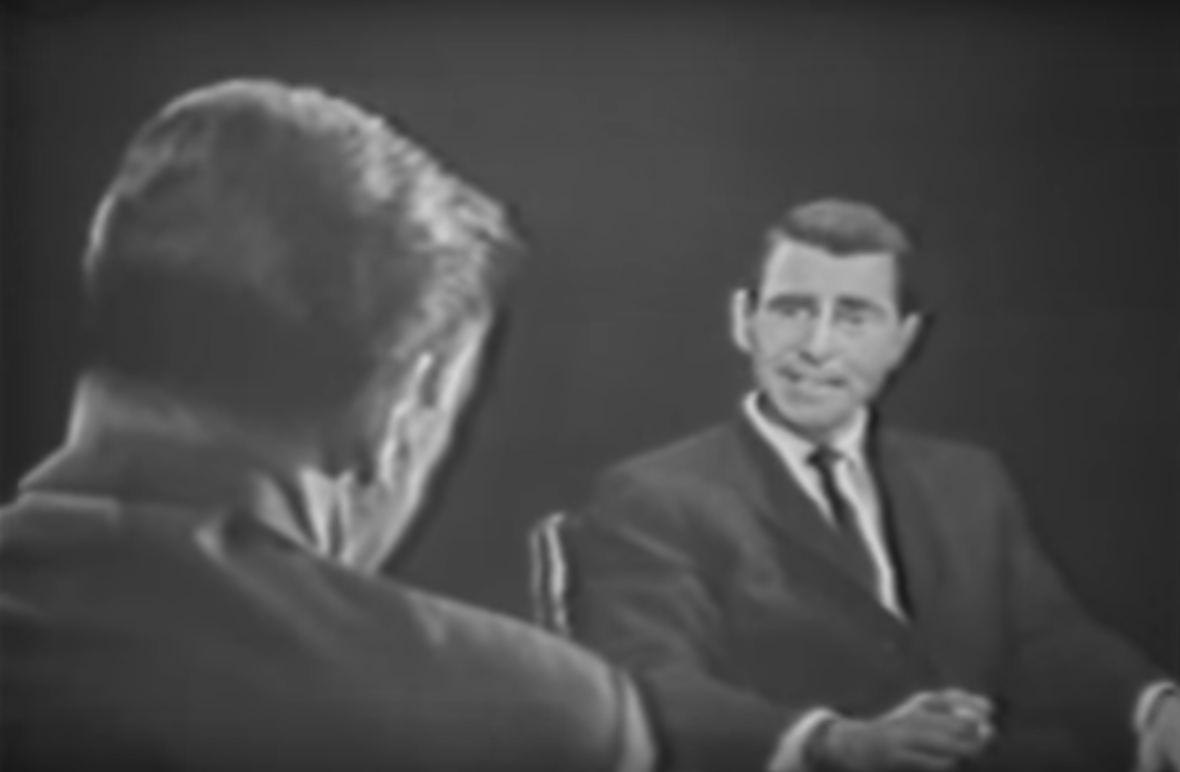 The early years of television were beset by stifling corporate censorship. Looking to circumvent the watering down of his social and political commentary, Serling devised the plan of creating his own show that would employ a science-fiction format, a format that would allow the exploration of ideas thought too controversial for reality-based drama. This, of course, was the genesis of The Twilight Zone. 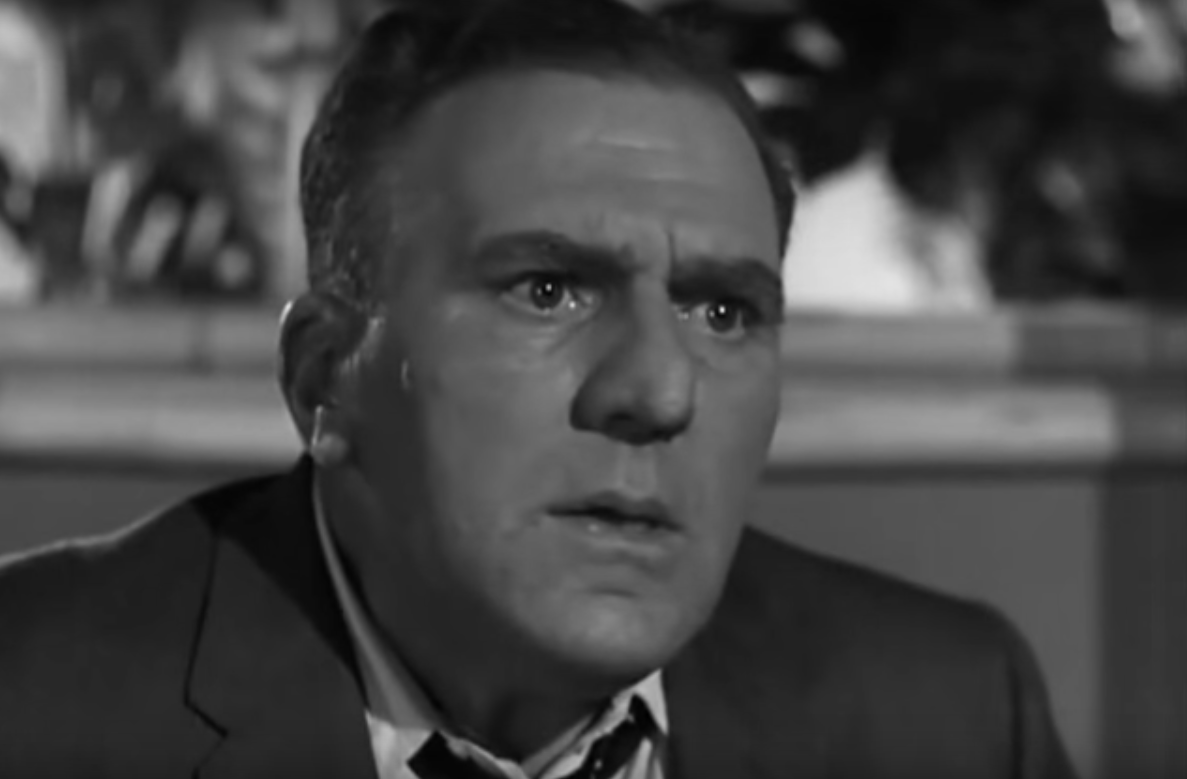 When Serling submitted a script to CBS as the pilot pitch for The Twilight Zone, the network gave it to Westinghouse Desilu Playhouse. The 1958 episode, "The Time Element," featuring a man plagued by vivid nightmares and a quintessentially Twilight Zone twist ending, was such a hit that CBS green-lit the writer's proposed science-fiction series.

8. His favorite 'Twilight Zone' episode was "Time Enough at Last." 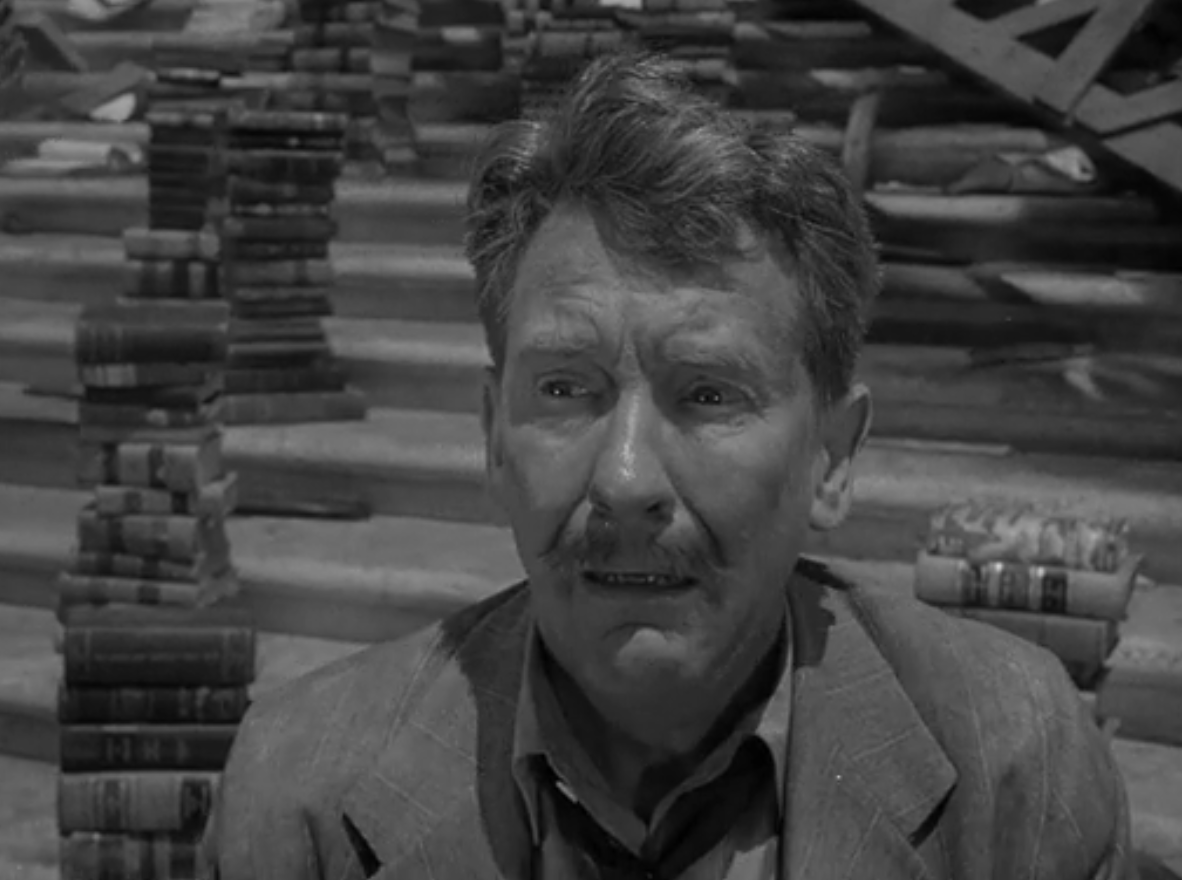 Of the many Twilight Zone episodes that he penned, Serling's favorite was "Time Enough at Last." Adapted from a short story, the episode tells the tragic tale of a myopic bank teller with a love for literature who falls victim to a classic twist ending. Serling's favorite episode written by someone other than himself was "The Invaders," penned by Richard Matheson.

9. 'The Twilight Zone' was cancelled twice. 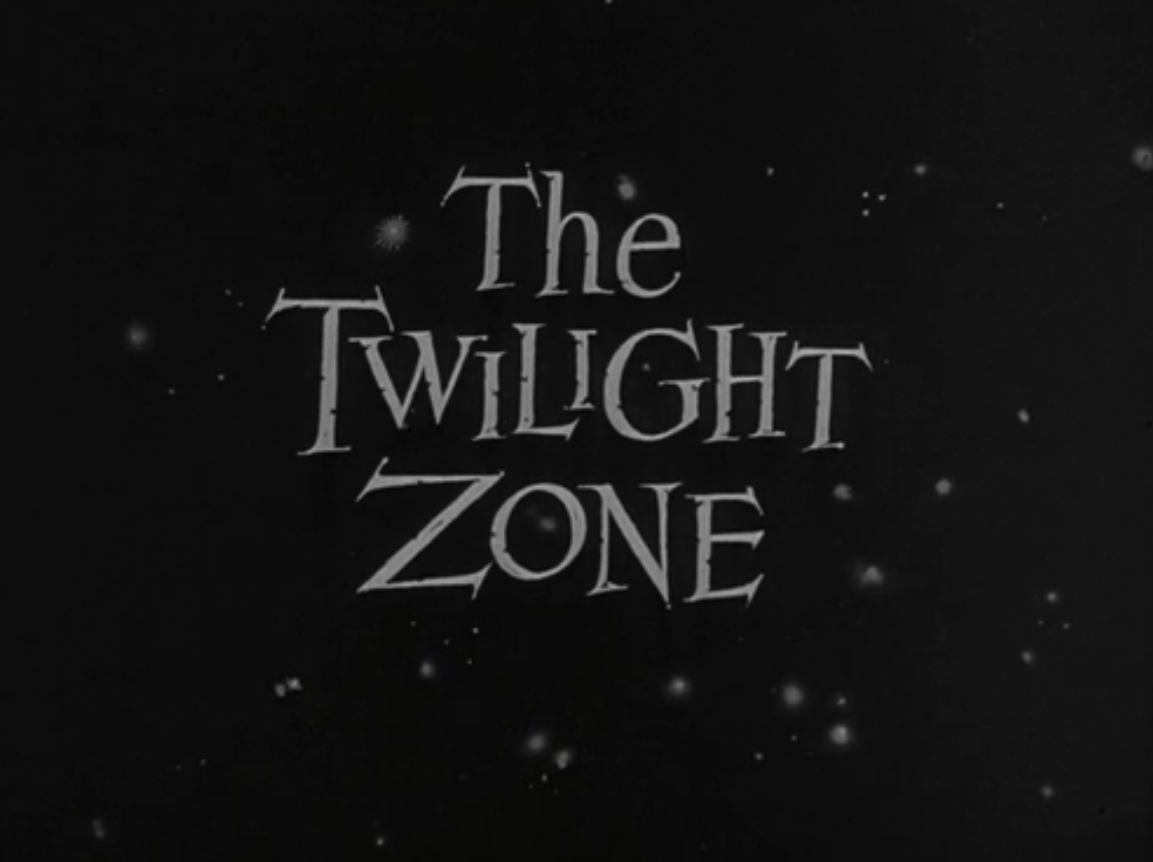 Despite its many awards, critical acclaim and loyal fan base, The Twilight Zone drew only modest ratings and was cancelled and revived twice during its five years and 156 episodes (92 of which were penned by Serling). A weary Serling did not oppose the third an final cancellation of the series in 1964.

10. He made 'A Christmas Carol' political. 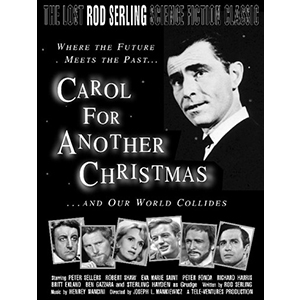 Serling brought a political spin to Charles Dickens' A Christmas Carol in 1964 with television film A Carol for Another Christmas, in which Serling uses the classic story to make a plea for world peace. Telecast only once, the apocalyptic Christmas special features Peter Sellers as a demagogue ruling the wreckage of a ruined world during the "Ghost of Christmas Future" sequence.

11. He was unhappy with 'Night Gallery.' 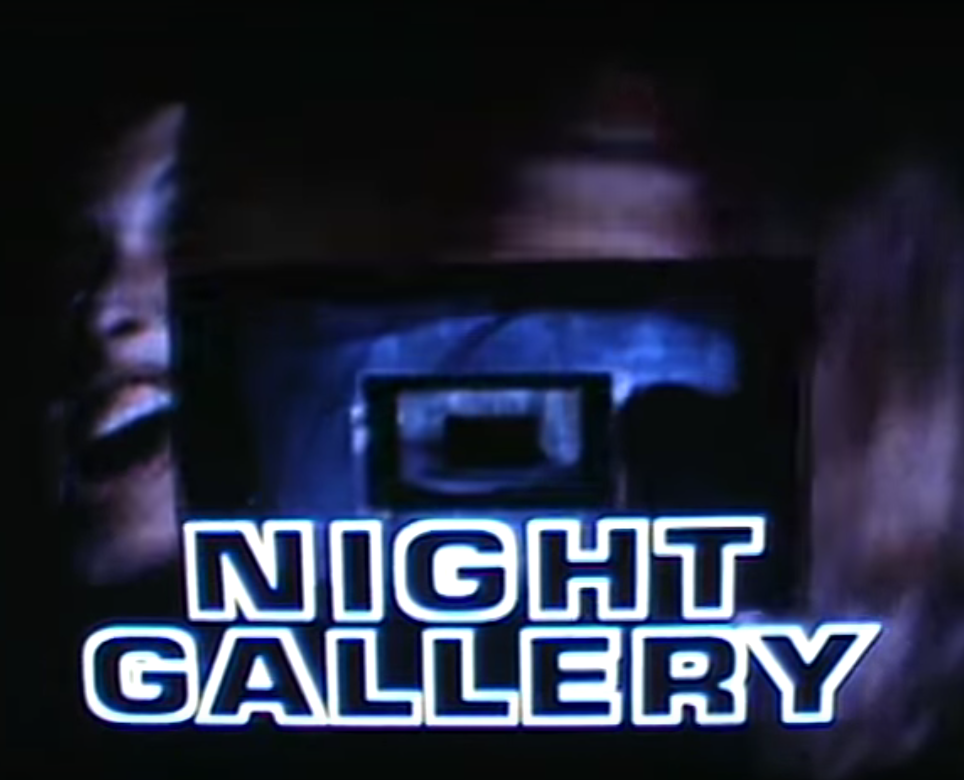 Steeped more in horror than science fiction, Serling hosted Night Gallery and would write more than a third of its episodes; however, he rejected an offer to retain creative control, a decision he would come to regret. By season three many of his contributions were being rejected or heavily altered, leaving him disgruntled and, reportedly, hotly dismissing the show as "Mannix in a cemetery."

12. He wrote a western and starred in an essay series. 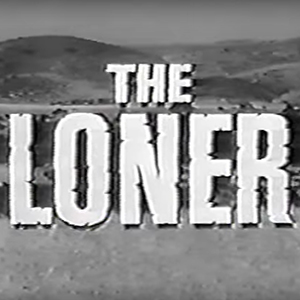 After the cancelation of The Twilight Zone, Serling wrote the western television series The Loner, which aired from fall of 1965 to spring of 1966. When he refused CBS' request for more action and less focus on characters, the show was doomed. Years later in 1970, Rod Serling's Wonderful World of… debuted on KNXT in Los Angeles. The show served as Serling's soapbox to deliver stylized essays on any number of social ills. The series lasted 13 weeks. 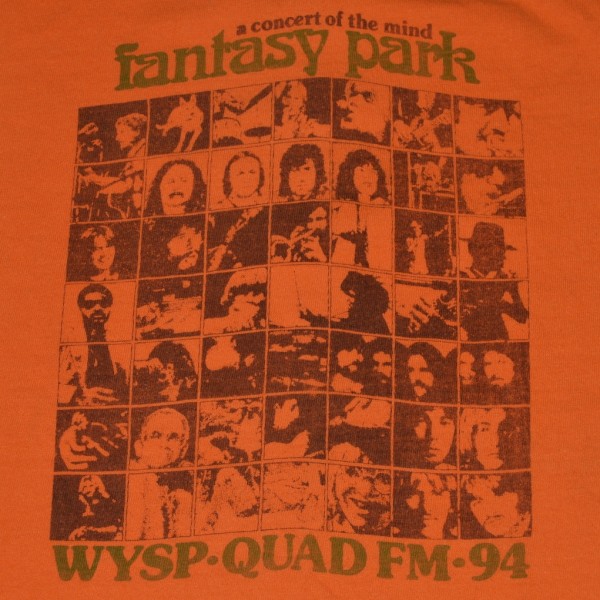 In 1973, Serling returned to radio with The Zero Hour, a drama anthology series that featured tales of mystery, adventure and suspense. His final radio performance, recorded just a few weeks before his death, was "Fantasy Park." The program was a fictitious 48-hour-long rock concert that aired over Labor Day weekend. The imaginary concert, hosted by Serling, was achieved using live-in-concert recordings, crowd noise and other effects. 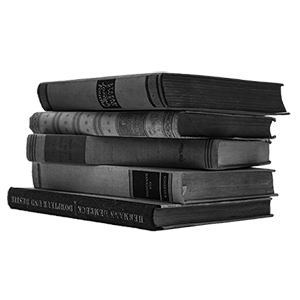 Always busy with writing or producing his work, Serling somehow found time to teach. From the early '60s until the time of his death, he taught college courses on subjects including film criticism, writing and drama. 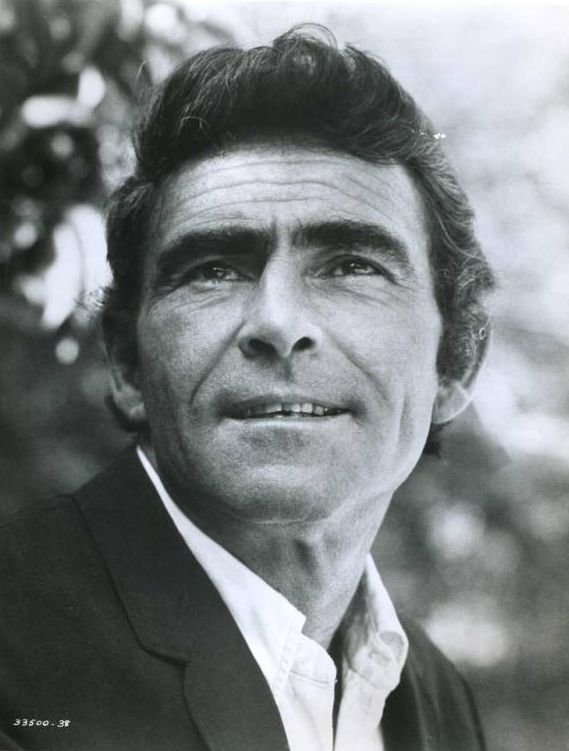 Having survived the daily threat of death in the Pacific during Word War II, it was ultimately a series of heart attacks that resulted in the untimely end of Serling's life in 1975. He was 50 years old.

Angel 37 months ago
do u know mike?