These centenarians appeared in everything from silent films to Amy Schumer movies. 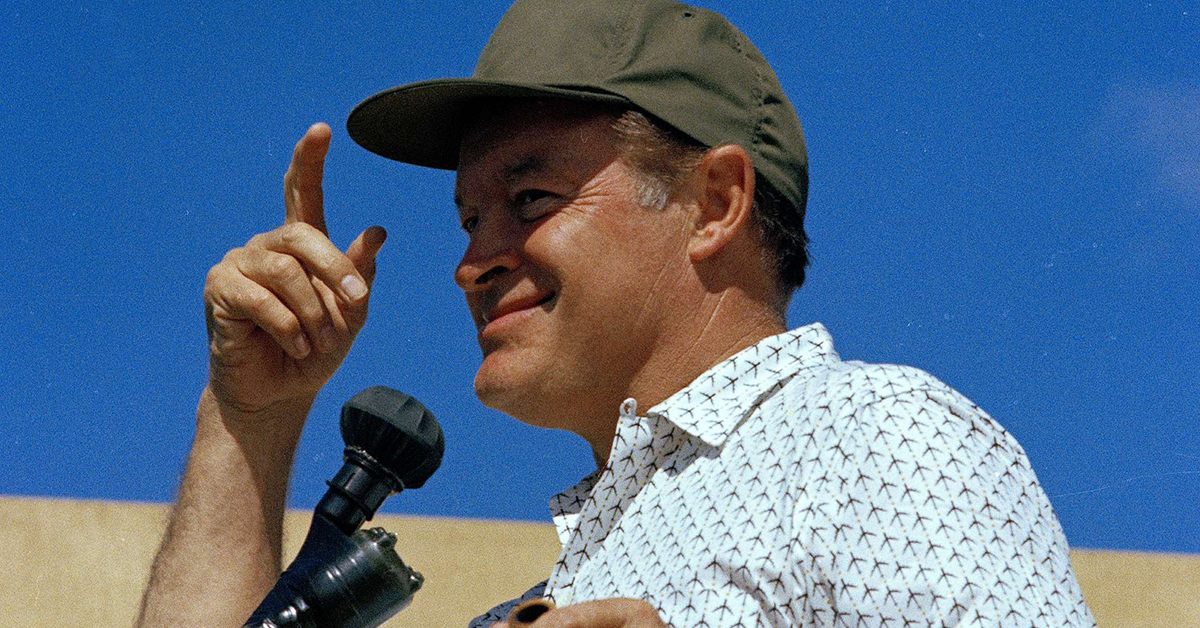 We're taking a look at 13 notable actors who also became centenarians. Three of the biggest names in show business reached the age of 100, along with many other character actors. Take a look! 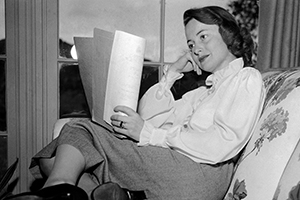 The newest member to the club is Olivia de Havilland, who crossed the century mark on July 1 of this year. Born in Tokyo, the one-time Hollywood "It Girl" currently resides in Paris. De Havilland is known around the world as one of the greatest actresses of all time, winning two Academy Awards for Best Actress. Let's also not forget about her legendary feud with sister Joan Fontaine, who died at the age of 96. As of September 2017, de Havilland is 101 years old. 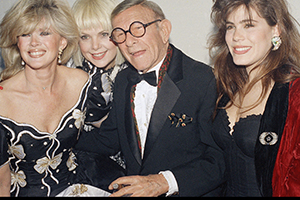 Burns and Gracie Allen were adored as stars of radio, stage and screen. Shortly after Allen died, Burns starred in the 1964 sitcom Wendy and Me, which failed to click. The cigar toking comedian enjoyed a late career revival with The Sunshine Boys, which earned him an Oscar at 80. Burns died in 1996 at the age of 100. 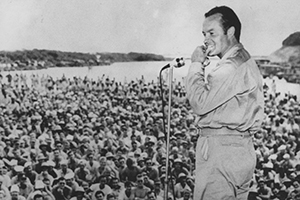 Hope's name was synonymous with the USO, as the great comedian entertained American troops in multiple conflicts. An act of Congress made him an honorary veteran. He hosted the Academy Awards a whopping 19 times. Hope passed away in 2003 at the age of 100. 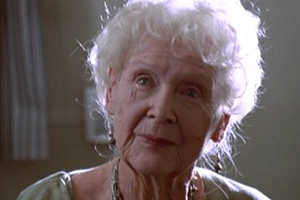 In the 1930s, Stuart appeared in Universal blockbusters The Invisible Man and The Three Musketeers. She shifted her career to the visual arts in her midlife, returning to acting decades later. After her role in Titanic, she became the oldest actor ever nominated for an Oscar at the age of 87. Her final film would be 2004's Land of Plenty. Stuart passed away in 2010 at the age of 100. 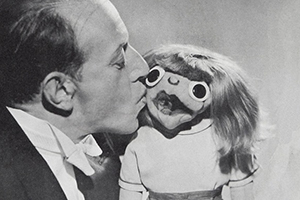 How many of us made puppets with our fists and imitated Wences catchphrase of "S'awright"? The Spanish born entertainer, whose real name is Wenceslao Moreno, became one of the most successful ventriloquists of all time, creating memorable characters such as Johnny, Pedro and Cecilia Chicken. His many voices led him to become a regular on The Ed Sullivan Show. Moreno passed away in 1999 at the age of 103. 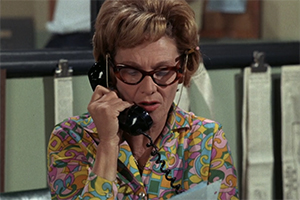 Early in her career, Sawyer landed parts on The Jackie Gleason Show and in the Sinatra film A Hole in the Head. Her resume would grow stuffed with television parts, as she appeared on The Mary Tyler Moore Show, The Rockford Files, Hawaii Five-O, Seinfeld, The Office and many more. Here you can see her in one of the final Andy Griffith episodes, "Helen's Past," playing a reporter. Sawyer is still with us at 104, and popped up on Showtime's Ray Donovan not too long ago. 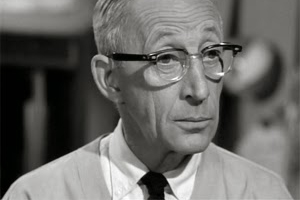 Lane was a regular in Frank Capra movies, perhaps most remembered as Potter's rent collector in It's a Wonderful Life. The bespectacled actor became a favorite of Lucille Ball, often playing a stiff, straight figure in I Love Lucy, The Lucy Show and more. Creator Paul Henning loved him, too. He was both J. Homer Bedloe on Petticoat Junction and Foster Phinney on The Beverly Hillbillies. Lane passed away in 2007 at the age of 102. 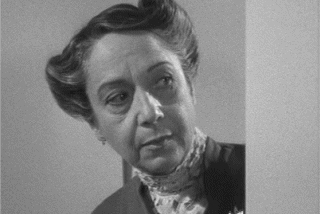 A star of the silent screen, Du Brey appeared in a stunning number of films, over 200. Svengoolie devotees might recognize her here from one of her later roles, in the slapstick horror-comedy Abbott and Costello Meet the Killer, Boris Karloff. Du Brey passed away in 1993 at the age of 100. 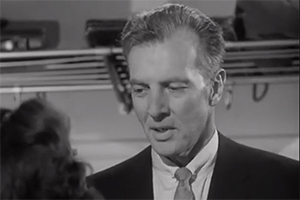 In the 1930s, Bennett went by his given name Herman Brix, slipping on the loin cloth to play Tarzan and appearing in The Lone Ranger. After the name switch, he guested on five episodes of Perry Mason between 1958 and 1965, the first being the season two mystery "The Case of the Lucky Loser." He passed away in 2007 at the age of 100. 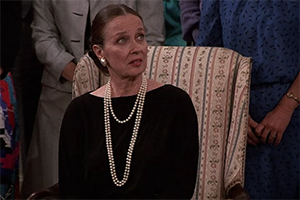 Noted for her long, ebony hair and mesmerizing mezzo-soprano voice, Morison was somewhat typecast as a femme fatale in everything from Lady on a Train to Sherlock Holmes and The Thin Man. In the late '40s, she jumped to Broadway, starring in Kiss Me, Kate and The King and I. Decades later, you could spot her here in the Cheers episode "Send in the Crane," when Frasier plays a clown at a birthday party. As of September 2017, Morison is 102 years old. 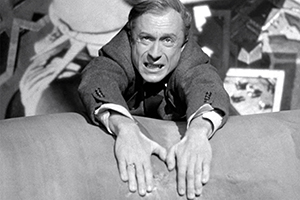 Lloyd went from appearing in Hitchcock films (Saboteur, Spellbound) to producing the master of suspense's television programs. Years later, he would land a significant role on St. Elsewhere as Dr. Daniel Auschlander. Last summer, he had a small but memorable part in the comedy Trainwreck, and the still-working actor has another movie due out soon, accoring to IMDB. As of September 2017, Lloyd is 102 years old. 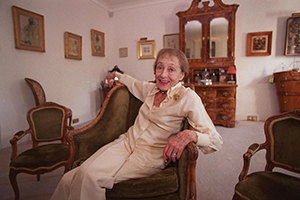 Rainer set high expectations when, at the age of 27, she became the first ever actor to win multiple Academy Awards and the first to win them consecutively. By 1938, the acclaimed actress had left Hollywood due to the immense pressure to perform at such a high level. Rainer lived for another 76 years until 2014, when she passed away at the age of 104. 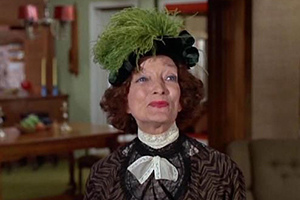 Winwood was primarily a stage actress before making the jump to film in the 1930s and television in the 1950s. You might recognize her from guest starring roles on shows like The Twilight Zone, Bewitched, Batman and the series finale of Perry Mason. She made her final film appearance in 1976, and passed away in 1984 at the age of 101.

KA9HFA 45 months ago
In your story about actors who lived to be centenarians, you forgot Marc Platt, who was a stage and screen actor/dancer in the 1940s and 1950s. Although having starring movie roles in the 1940s, Marc is probably best known for his role of the brother, Daniel, in Seven Brides for Seven Brothers. He had many other important entertainment industry accomplishments, He was born December 2, 1913 and died March 29, 2014.
Like Reply Delete

KA9HFA 45 months ago
In your story about actors who lived to be centenarians, you forgot Marc Platt, who was a stage and screen actor/dancer in the 1940s and 1950s. Although having starring movie roles in the 1940s, Marc is probably best known for his role of the brother, Daniel, in Seven Brides for Seven Brothers. He had many other important entertainment industry accomplishments, He was born December 2, 1913 and died March 29, 2014.
Like Reply Delete