Take a look at computers both imaginary and real in sci-fi shows 'Star Trek,' 'Lost in Space,' 'Batman' and beyond. 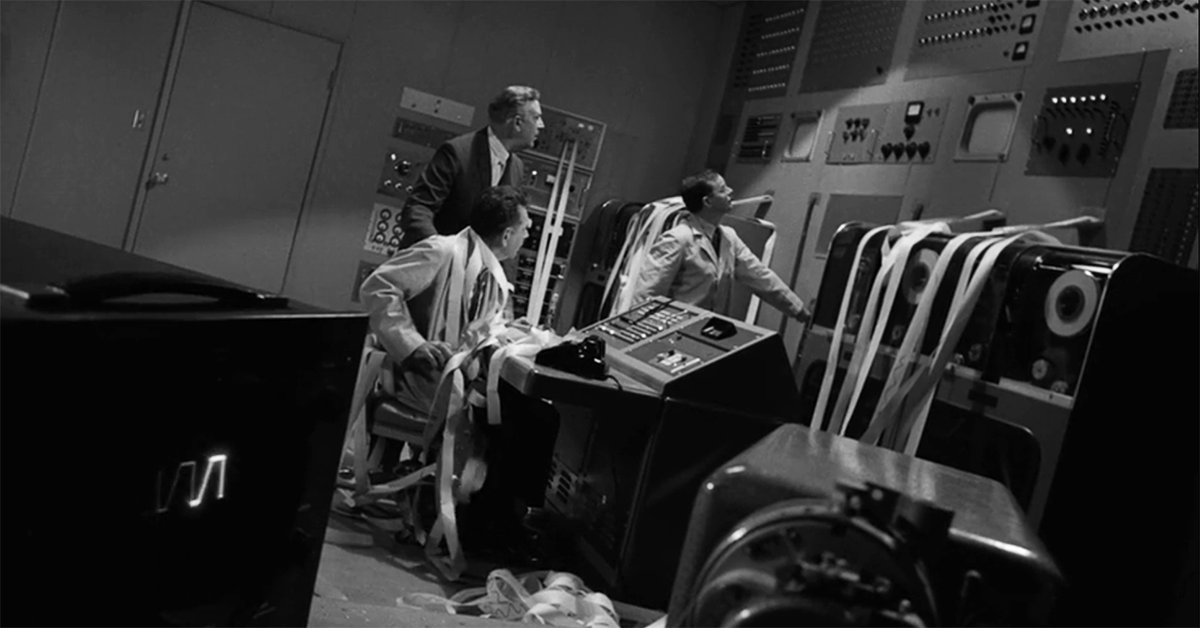 Modern kids must believe we were living in the Stone Age in the sixties. No cellphones, Fitbits or DVRs? Heck, even five-digits zip codes were a new idea.

However, in 1965, the the words "hypertext" and "megabyte" were added to the Oxford English Dictionary. A year later, "ROM" made it in. We were pretty techinological back then. One need to look no further than the science fiction of the time. After all, nothing still looks as cool and visionary as 2001: A Space Odyssey. There was far more than just HAL. The small screen was filled with computers both imaginary and real. Sure, they were massive machines that filled rooms, but the flashing lights and spinning reels of tape looked cool on television.

Here are some cool computers from 1960s TV shows.

1. Get Smart "Absorb the Greek"

The Chief looks to spice up his love life with the help of a computer dating service. Yep, it might not have been eHarmony, but computer dating was a thing in 1969. Here are Max and 99 taking a peek at the electronic matchmaker.

2. The Twilight Zone "From Agnes with Love" 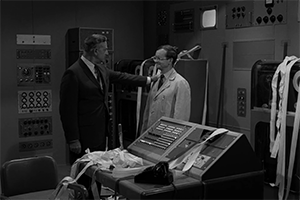 A computer programmer (Wally Cox) is tasked with fixing Agnes, a paper-spewing supercomputer who "speaks" via text that pops up in a little window like Jeopardy! categories. The scientist begins to ask Agnes for romantic advice, and the machine in turn falls in love with man.

Of course, the bridge of the Enterprise is stuffed with computer consoles — it is the 23rd century. That being said, computers do figure into a couple plots. In this season two outing, a new intelligent computer dubbed the M-5 (the first four were failures) is plugged into the starship and assumes control of all operations. "There are certain things men must do to remain men," Kirk muses. It's a rather psychedelic console.

4. Star Trek "A Taste of Armageddon"

Kirk clearly has little love of computers, going back to the first season. The war-simulating mainframes in "A Taste of Armageddon" brings to mind Ender's Game and, well, War Games, which would follow two decades later. Speaking of the 1980s, the colorful adversaries in this episode kind of dress like back-up dancers for Madonna. 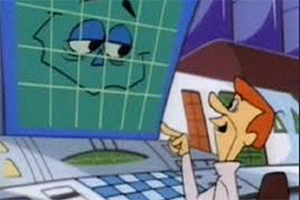 Poor George Jetson. His closest friend is his work computer, the Referential Universal Digital Indexer, or R.U.D.I. for short.

Barney is infiltrating a labratory in the Middle East when his leg is paralysed by a toxic chemical leaking from a barrel. He is captured by the baddies, who have this awesome computer at their side. The tape reels have a cute robot look to them, no?

At last we get to the Burroughs B205. Though its iconic computer appeared in numerous sci-fi settings, Burroughs was a real company, a manufacturer of business machines in St. Louis. The B205 was a large box with an array of twinkling bulbs and three knobs across the bottom, visually akin to an early synthesizer. Three of them sat at the controls of the Jupiter 2, though we will see Irwin Allen plopped the machine into more of his shows. The B205 also could be seen in a certain vigilante's cave… 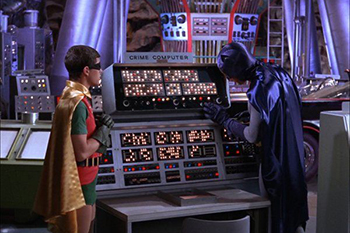 There she is again, this time labeled the "Crime Computer" and placed atop a larger console. There was also a mobile version of the Batcomputer, seen in "Smack in the Middle," though it was not quite something to slip inside a utility belt. 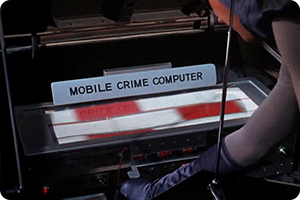 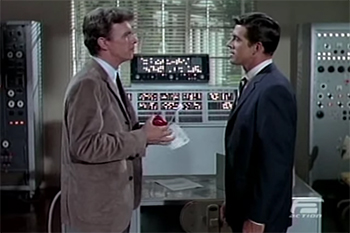 More masked heroes interacted with the B205. "This is your little crystal ball, eh?" Britt Reid asks. Ha! Little! That machine by the window should be quite familiar to you now.

10. Voyage to the Bottom of the Sea "The Human Computer"

Oh, hey, there's the Burroughs B205 again, this time on a submarine. 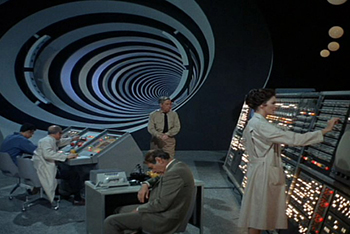 Irwin Allen upgraded the tech for his time travel adventure. IBM designed the hefty AN/FSQ-7 — the Q7 for short — to aid in air defense. The beautiful behemoth was quite camera friendly with its myriad lights. It appeared in the films The Towering Inferno and Sleeper. The Q7, seen on the right here, powered the hypnotic wormhole though which our heroes leapt into the past. 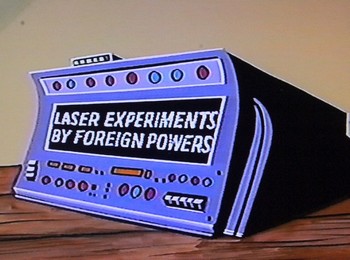 VaughnBaskin waynestation 8 months ago
Yep! That's the one.
Like Reply Delete

RedSamRackham 18 months ago
TV/movie Sci-Fi computers with blinking lights, speaking voices and programmed by scientist talking into a microphone now laughable as folks are more computer savvy. ☺
Like Reply Delete

GadgetDon RedSamRackham 8 months ago
My father was the head of a computing center at the Colorado School of Mines in the 70s and 80s. The blinking lights were real, as was the tape-to-tape. (And because nerds have nerdish senses of humor, someone stuck a big "Mattel" sticker on it) And at the time, no, you didn't speak to it, but we do now.
Like (1) Reply Delete